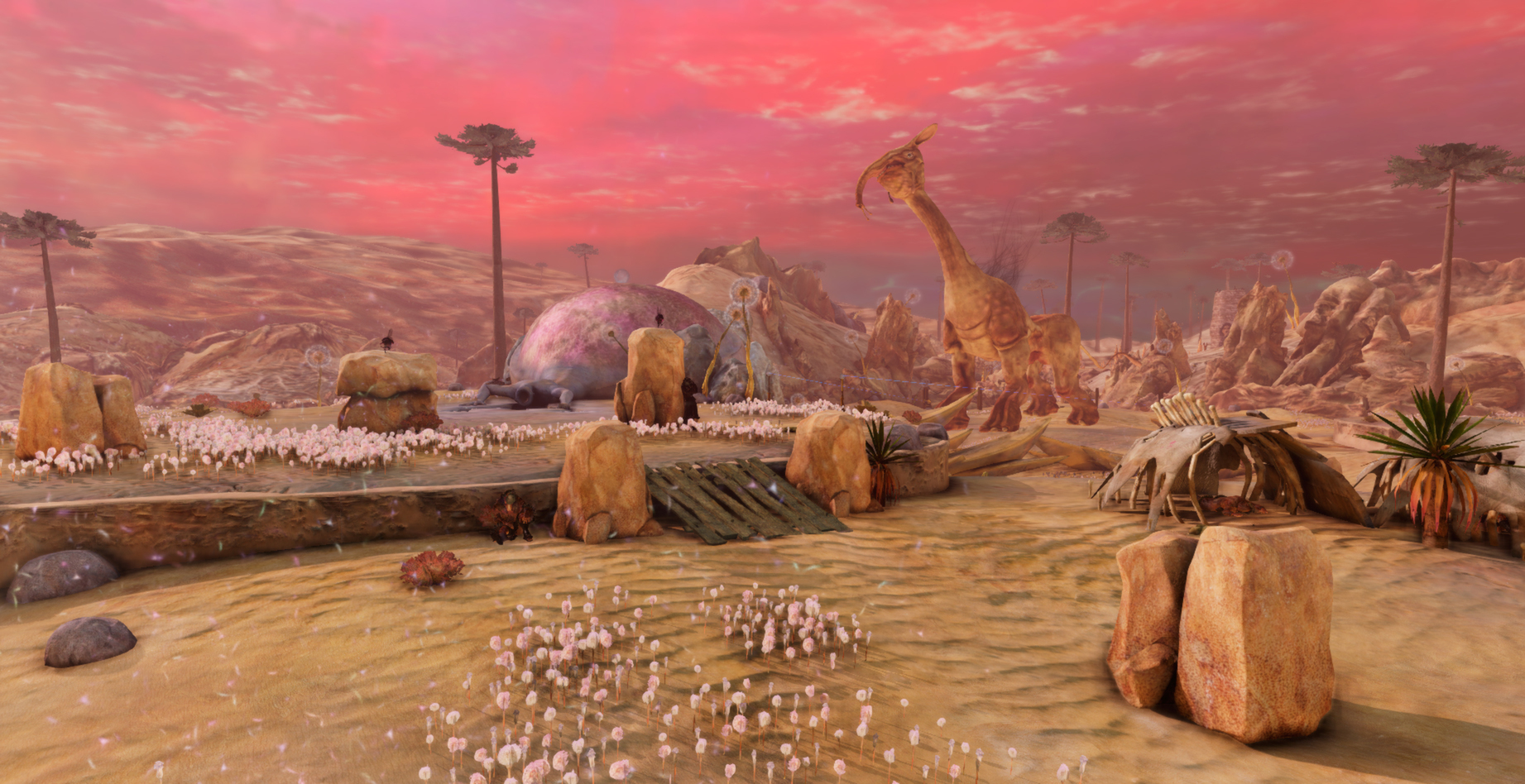 I’m no stranger to the world of Zeno Clash by any means. It was sort of funny that I ended up getting assigned to review this game as the first one sat comfortably uninstalled in my Steam list. I played through Zeno Clash long enough to determine that I didn’t like it very much and never gave it a second thought. There was something about the first game that didn’t particularly click with me when I gave it a go, but I thought maybe the sequel would be different. Ace Team seemed to have definitely grown financially in the time between the two games; and have secured Atlus as a publisher this time around. These are generally good signs when approaching a sequel. More money, more reach, more customers. Right? Supposing the majority of that money is spent on making a better and more satisfying game than the first, then sure. I don’t know if that’s particularly the case here though. 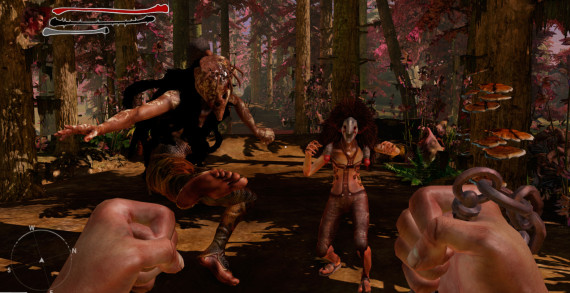 You start the game right where the first Zeno Clash left off. Your Father-Mother is now in a primitive jail which is not only a new sight for the inhabitants of Zenozoik, but also an entirely new concept. The Golem that you encountered at the end of the first game is now pretty much running the show, and a bunch of characters have wandered off in search of their real parents. If none of this sounds too familiar to you because you’re new to the series you probably shouldn’t worry too much. Getting caught up on all the details doesn’t take too long to do, partly because there’s an efficient sense to storytelling, and there’s not much to tell. While the story in Zeno Clash served the purpose of the game, and wasn’t necessarily threadbare; it’s still not the most memorable thing in recent memory.

Zeno Clash 2 allows you to run amok in Zenozoik with a little bit more freedom than it’s predecessor with a new open world approach better suited for the gameplay and the art. By putting the player on the ground and opening things up a little bit Zeno Clash II allows you to take in the bizarre and unique scenery at a much more natural pace and pgrogression than before. This is largely in part because the first game felt like a series of loosely connected set pieces that existed solely for the purpose of the fights themselves. The set up works better, but doesn’t work completely as navigating can become a giant pain in the neck pretty quickly. Checkpoint markers help to an extent, but the ubiquity of the odd scenery works against itself at times. With everything so weird and different looking, it can become hard to form logical points of navigational reference to fall back on. This could be remedied with great level design, and a useful map; but it misses the mark on both of these things. The levels are confusing and a myriad of the same-ish colors and shapes, while the map that you’re supposed to use to navigate is pretty lackluster when it comes to details. There’s also a weird restricted feel to everything. You can be held back by invisible walls, or obstructive objects in the environment; and coupled with the fact that you seriously can not jump, you have a game that doesn’t really seem like it wants you to go off the beaten path very often.

Combat is what this game is all about though, namely melee combat. Zeno Clash 1 and 2 are all about throwing around some kicks and punches as often as possible, so it stands to reason that this should be the best part of the game. Here’s where Zeno Clash II misses the mark again. Instead of taking the existing framework from the first game and improving it by adding more flexibility and fluid movement; they’ve actually improved little to nothing. Punches and kicks still feel sluggish, and the wind up animations for power moves take so long that it leaves you vulnerable to attacks. Especially when you are surrounded, which is about 90% of the time. Blocking and dodging will only get you so far until you have to begin relying on stringing together super complicated combos really quickly; constantly. The problem with that is that the hit detection in the game is far from perfect, and you can find yourself air punching enemies that are 6 inches away from your face. Another huge problem is the fact that Ghat will move at a hugely reduced rate of speed when circling around an enemy. It’s seriously jarring, and makes you wonder if there’s some button you aren’t pressing to make him return to normal speed. Rest assured it’s just the game’s strange logic in how to approach fist fights, of which there are many. Zeno Clash II does give you guns and Alien tech to play around with in later segments, but those things are so stupid and worthless that unless you are using one of the alien gadgets to solve a puzzle, you’ll likely not pull them out in a fight.

Perhaps the only thing that Zeno Clash II does have going for it is a pretty decent and interesting story. The dialogue and voice over work isn’t stellar, but the story that it services does have a unique enough take on creationism that I would commend it for attempting to tell a familiar story in totally bizarre way. Unfortunately for me, I didn’t get to see the ultimate resolution of that story because the game flat our broke on me and ate a crucial late game character. I tried loading to a previous save where his existence in Zenozoik was preserved, but repeated play meant repeated disappearing act. Supposing that it wasn’t a fluke and the majority of players get to experience the ending, it may be the largest reason to stick around, as there are definitely some great head scratching moments in the narrative.

As it stands, Zeno Clash II is a myriad of good ideas that are executed very poorly. Melee combat in a game should feel fluid and dynamic, and not make the player feel like they’re punching through an ocean of molasses and only landing those about thirty percent of the time. I can clearly remember a time when I was trying to curb stomp an enemy into the next great beyond only to find my foot whiffing through him like some weird ghost foot. A lack of polish and an abundance of technical issues plague what could otherwise be a decent or great experience. As it stands, Zeno Clash II will need a hefty patch or two just to get it up to standard. Should you play it? If you played through the entirety of the first game and didn’t have a problem with it, this may be your thing. While the collision detection, and some other things have taken some serious hits, there’s still a good story to be found. Otherwise I would skip this and wait for the inevitable sale.