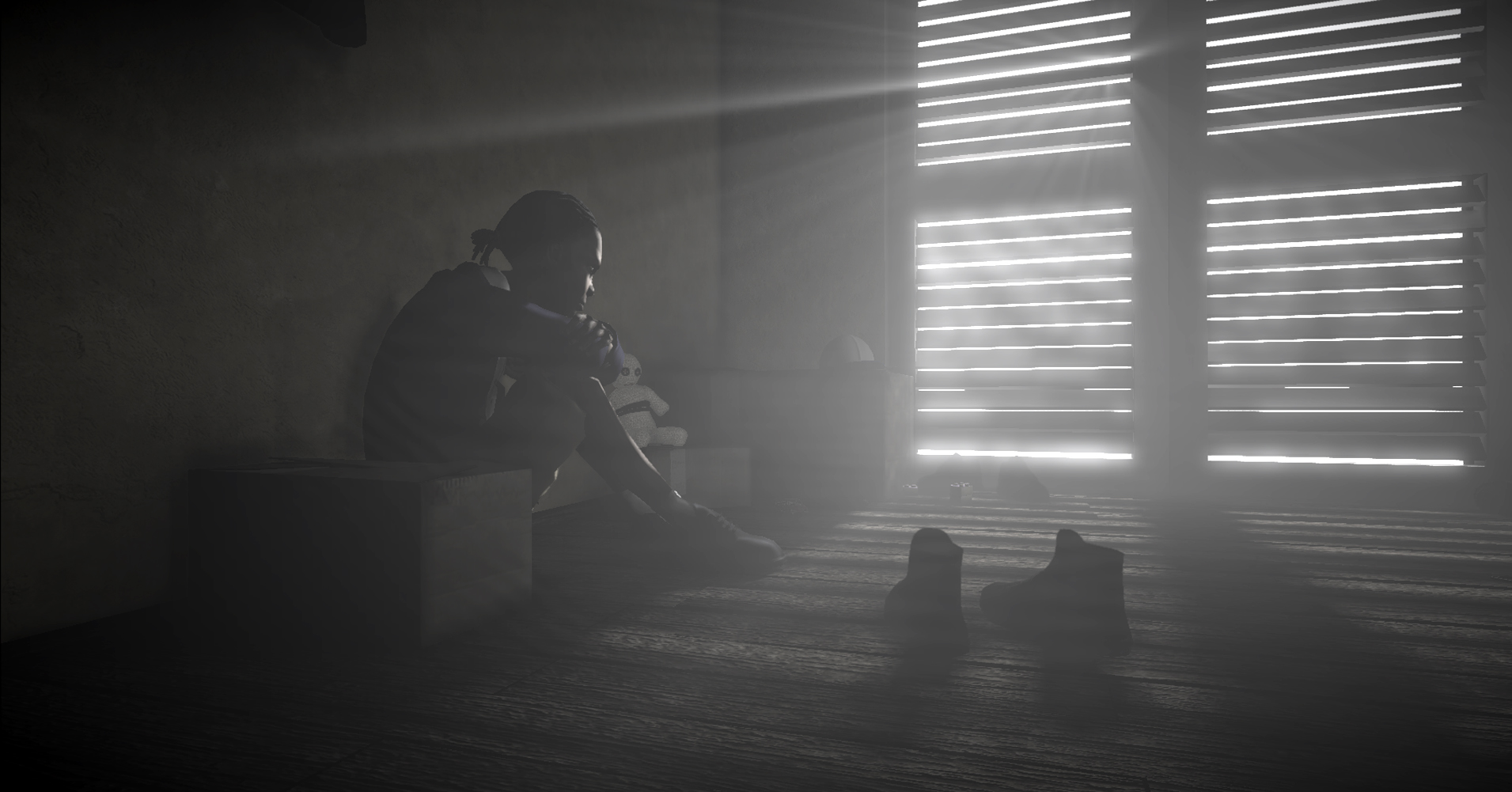 Life can be ugly. You probably don’t need me to tell you this, but it’s worth repeating. Sometimes bad things happen to people who don’t deserve it, and all they can do is survive until they can escape. Papo & Yo is a game about being a child trapped in a violent relationship, allegorized as a giant monster that’s both protector and rampaging beast. Monster has a taster for frogs, you see, and will go after one the second he sees it. Frogs turn the stern but helpful Monster into a rampaging brute that will attack anything it sees, however, and it’s incapable of learning not to. Monster needs his froggy fix, and if that means Quico gets brutalized in the ensuing rampage, there’s plenty of time to feel bad about it later.

Papo & Yo isn’t about Monster, though, it’s about Quico’s relationship with it. From the game’s beginning it’s made clear that this is a young child’s escape fantasy, as he runs and jumps through a brightly-colored version of a South American town. The levels are constructed of endless houses and shacks stacked atop each other, and magical chalk outlines allow the world to be manipulated in a variety of ways. Pull the floating chalk outline of a lever and a series of steps might pop out of a building, or the environment might twist to create a new path. Turn the outline of a key on a building’s side and it grows a child’s drawing of wings, flying into the gap in the path, or maybe it just grows giant spindly legs and walks there with a lovely sproingy sound effect. The world is powerfully transformed in the landscape of Quico’s imagination, but he still can’t fully escape the occasional thrashing by Monster.

The problem with Monster is that, as a father figure, he’s impossible to hate. Usually the level construction just leaves him as a tool to be used to progress, but there are moments when Monster shows that he’s overseeing Quico’s progress and keeping him safe. Not enough to really sell the relationship, unfortunately, but they do happen. For most of the game Monster is a tool, used to get past certain areas, or you end up clearing a path for it like Ico tending to Yorda. If Monster had a personality like Yorda that would be ok, but he doesn’t do much beyond eat coconuts, toss a soccer ball around, and get violently drunk. Still, the small moments when Monster is more than a gameplay mechanic do a good job of adding dimension to his character, but there really needed to be more of them.

That describes most of everything in Papo & Yo, actually. When it works it’s great, but there needed to be more of it. The game itself is short, which is fine, but it needed a bit more content within its length to feel complete. There’s not much reason to explore the levels beyond what’s needed to progress. The Unreal 3 engine does some lovely lighting effects, but little graphical glitches abound. The entire game feels like it needed an extra round of polish, until the final level shows up and redeems every shortcoming.

The conclusion of Papo & Yo (spoiler free) is about the resolution of Quico and Monster’s relationship, contains some simple platforming that showcases the best spatial manipulations in the game, and is set against a gorgeous sunset backdrop. It’s time for Quico’s childhood to end, and that means putting away the fantasy. Quico doesn’t have a damage meter and can soak up the hurt, but those around him aren’t so fortunate. Monster is never going to stop chasing the frogs. Quico’s father loves his booze. Monster/father is a giant dumb beast unable to escape his temptations or the violence that results from it, so there’s only one realistic option available.

Papo & Yo is about growing into a person who can escape an abusive family situation, and that’s a theme powerful enough to overwhelm any number of small problems, if pulled off properly. The best parts of the game are when this theme is integrated directly into the action, whether that’s running from an enraged Monster or engaging in escapist fantasy with the platforming and landscape manipulation. It would have been nice if Papo & Yo had a bigger budget, but what’s there accomplishes its goals despite the lack of polish. The difficult choice that completes Quico’s journey from childhood is the kind of gameplay moment that sticks in the head, staying with you long after the final credits roll.