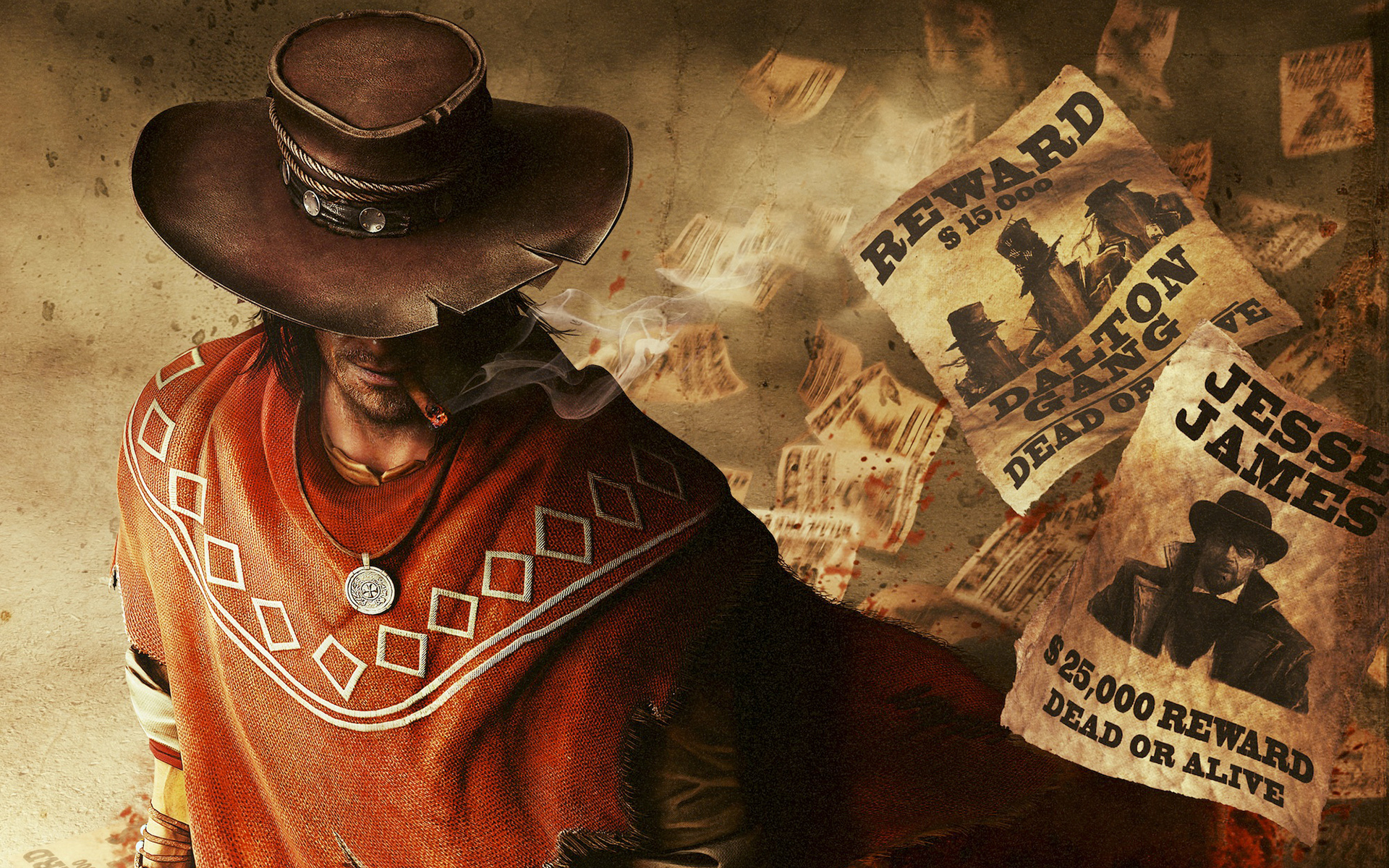 With the last retail installment falling short of expectations, the Call of Juarez series clearly needed a change to remain relevant and the move to a download-only game with a smaller scope has definitely helped it. Instead of an overwrought plot that isn’t very compelling, you’ve got a tongue-in-cheek storyline with Silas Greaves at a bar recounting events — or having them recounted for him so you can learn new things, and then progress as you should when Silas finally tells a patron to shut up and let him tell his story.

The use of a dime novel as a framing device is glorious because it leads to Silas breaking the fourth wall a few times, and the Western movie parody panels that pop up when new characters or items are introduced always get a chuckle. For being such a violent adventure, it’s quite light-hearted with its writing and while that may seem odd, it works out quite well with the slight cel shading that’s used for the graphics. Combined with the comic panels, they show off how fun the game is trying to be, rather than trying too hard to be serious.

The core campaign usually sees you and a partner go their separate ways and retell history — because apparently, there’s a lot those newspapers didn’t know about…like the existence of Slias! He isn’t offended though — he’s content to just be a big star at the bar, tell some stories, get drunk, and spend the night with the buxom waitress. Gunslinger is an FPS with a light gun game’s pacing, meaning that you’ll have a variety of enemies to shoot at — but they’ll usually come from behind things directly after a set piece where you’ve destroyed an enemy or another set of them. This keeps the pacing super-quick, and also makes me wonder what a light gun-styled version of the game would be like.

As an FPS, Gunslinger is definitely the most polished on either XBLA or PSN. You’ve got basic shooting, dual-wielding, the ability to use a bullet time-esque feature to take out many enemies or even dodge a single bullet when you’re near death. Bonuses are handed out for headshots, with bigger ones coming after long-range headshots that are among the most satisfying shots to land in the entire game. The most satisfying for me was blasting an explosive barrel (that a large group of gun-using people stood nearby for some reason) and blowing them to kingdom come. It’s an FPS tradition, but the added oomph in the game’s sound effects really makes it seem special here.

Environmental damage is also supported here, which means if you’d like to shoot bottles, assorted fruits that are lying around, or just put holes in barrels and cause water to shoot out of them, you can. Everything is fun to shoot at in Gunslinger, and the fast pace keeps the game from ever getting boring, while the storyline is very well-acted and always entertaining. If you’d prefer to just go around shooting everything in sight without a storyline, you can. Gunslinger provides an Arcade mode that is just you against a ton of banditos in a set level, and you succeed after killing everyone. There’s no plot to get in the way of the mayhem, and it’s perfect for when you only have 5-10 minutes to spare for a quick play session.

Outside of the campaign and Arcade modes, there’s also the dueling mode. You’ll come across these from time to time in the story, but this lets you take on over a dozen enemies in succession. Here, you have to wait for your opponent to draw his gun (if you’d like a bonus-laden honorable kill), then shoot first or failing that, shoot best. The right stick controls a reticle over your opponent, and the more it’s over him, the more focused your shots will be and the less likely you’ll be to die. This is a really challenging mode that is even more satisfying than a big explosion in the FPS modes due to the tension. The pacing here is deliberate and it makes every second that passes seems like an eternity in the best possible way. Unlike most FPSes out there, Gunslinger lacks multiplayer content – but leaderboards are still supported for the Arcade and Duel modes, so you can still prove who’s the best amidst your friends.

For a downloadable game, Gunslinger looks very good. The comic style for the story cutscenes and little reveals looks great and helps set this apart from other FPSes, while the core game’s graphics are very detailed. There are definitely some iffy-looking textures at times, and when you’re in one of the few areas not surrounded by enemies, you’ll spot things like barrels that aren’t nearly as round as they should be and other little things like that. However, they’re small details and more important things, like character models and the environments as a whole look good. Environmental damage adds a lot of realism to things as well and helps make every shot seem meaningful – and also remind you that ducking behind some objects is a bad idea since they can be shot away quickly.

Everything about Gunslinger is impressive, but its best aspect is actually its audio. The music is excellent Western movie-style fare that would fit in nicely with the classic arrangements by Ennio Morricone and fits the setting perfectly. Voice acting is hit or miss as it is for gaming, so with this being a downloadable game, my expectations fell a bit, and I wound up being blown away by how good the acting is for every character. The performances are outstanding and get across drama or comedy whenever needed. No one comes off as a caricature, even when they’re playing stereotypical genre roles like the crooked cop or evil old dude. As great as the music and acting are, the gun sound effects are even better.

There’s a huge difference in the audio for the basic shooter or the “Mean-Ass Shotgun” you acquire early in the campaign that allows you to kill anything in one shot. Each kind of gun has its own sound to its ammo and they all feel differently, with the shotgun giving you instant gratification, the six-shooter offering up precision, and the dual-wielding capability letting you mow through a sea of enemies fairly quickly. The sounds of enemies as they scream in terror during death is enjoyable too, and their back and forth banter is surprisingly abundant — even if all of the generic enemy voices do kind of blend together.

Call of Juarez: Gunslinger is an easy recommendation for anyone seeking a fast-paced shooter. The story mode is engaging, while the arcade shooting mode lets you brush up on your skills for the campaign or just go on a shooting spree without having to worry about a storyline beyond “kill everyone in sight, then do it again if you so desire.” Dueling is unique to this franchise and works well at creating a sense of tension during them, disappointment afterwards if you fail, or a huge sense of accomplishment when you succeed. Gunslinger is one of the best downloadable shooters on consoles and easily the best entry in the series.