It was less than a year ago that Dust: An Elysian Tail was released on Xbox Live Arcade, and while it wasn’t something for everyone, specifically because of the anthropomorphic animal cast of characters, it featured fast and satisfying combat. Nine months have passed since then and Humble Hearts is bringing our furry little hero to the PC market in hopes of captivating an even more dedicated audience. It was only a matter of time before it found its way on the independent-heavy platform, but whether or not the community will embrace the game is dependent on how much effort was put into the port.

An Elysian Tail tells the story of Dust, an amnesiac furry who is first greeted by a talking sword named Ahrah and a chatty nimbat named Fidget. Unable to remember his past, Dust goes on a long journey to find himself, along with helping the many creatures that inhabit the world. The script and voice work is surprisingly strong, offering comical and referential dialogue from other games, such as Resident Evil 4. The story itself, however, drags a fair bit and doesn’t establish too many meaningful character conflicts that go outside Dust. That isn’t to say there aren’t any interesting individuals, but the story leaves something to be desired. 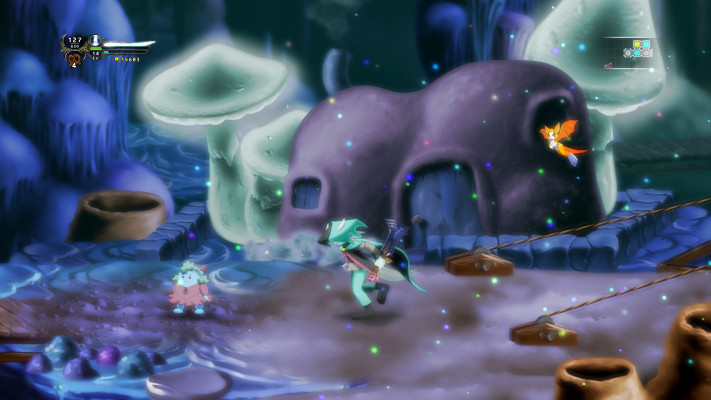 It’s not all about plot, though, as Dust offers fast paced and stellar combat. The most apt comparison would be to something like Odin Sphere where, not only are the visuals phenomenal, but the 2D side scrolling battle system allows for increasingly adaptive variety. Combat can be very simplistic early on, but there’s a level of depth that players will have to learn when entering a battle. Hacking and slashing at your opponents can only work for so long as, later on in the game, there will be bigger enemies that can only be hit by countering, a technique that requires precise precision. Unfortunately, at least in Normal difficulty, the term “artificial intelligence” seems to lack the intelligence part of its name. There are many enemies who will just stand around or constantly jump back and forth without even thinking about attacking.

Past the combat, the game itself is a mixture between adventure and RPG. Dust will level up with experience points he obtains from doing main and side quests, and battling the many monsters that plague the world. The leveling system is a nice change of pace as, while it doesn’t allow min-maxing attributes, it does gives some freedom while not stifling you with a well-rounded character. There’s a balance to the number of points that can be placed in each category, meaning that you can’t have 10 gems in defense while zero in Fidget’s attack potency. It somewhat evens out the gameplay and is probably for the best as having 0 defense or 86 health points halfway through the game is not advised. The adventure side of things has elements from Metroid and Castlevania where the player can unlock specific locations that were once ventured after receiving new abilities. The only diversion is that these are mainly used for hunting down collectable and goodies, instead of advancing the storyline. 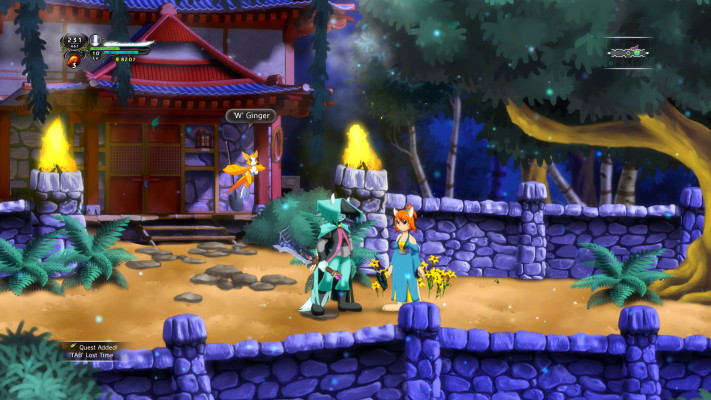 The Xbox 360 version of Dust looked spectacular, and the same thing can be said about the PC port. There really hasn’t been a lot added here other than your typical Steam-specific features. There’s the option to play with a gamepad, but the mouse and keyboard controls have been nicely adapted. Something like DmC was a little more difficult to work with because of the 3D space, but because Dust runs on a two-dimensional plane, hacking and slashing enemies into bits is quite easy with a mouse. If you don’t want to wear out the right and left mouse buttons, all the actions are also assigned to the keyboard, but it makes it far more challenging to play.

The handcrafted graphics look absolutely gorgeous, and even playing on a Quad HD (QHD) Monitor, the visuals didn’t look too scaled out. It’s mainly only the travel screen that doesn’t look as clean, but this will only be an issue for very few individuals. Other than that, the framerate is steady and I didn’t run into any glitches throughout. All-in-all, Humble Hearts did a solid job in porting Dust to PC and while it doesn’t add anything new, it improves on what’s already there. 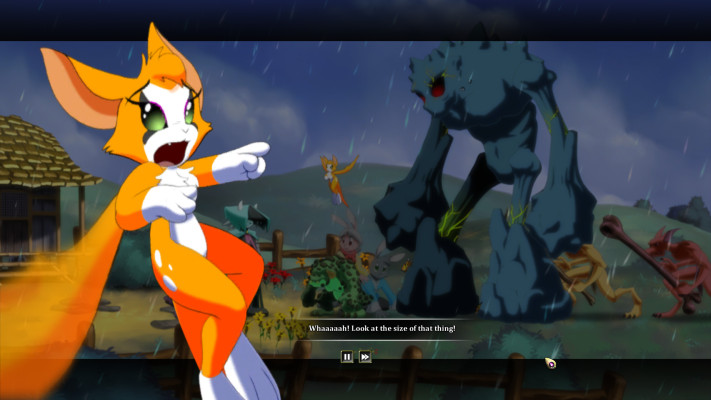 You don’t have to be a furry to appreciate the magic that Dust: An Elysian Tail has to offer. Despite the story being not all that memorable, and some repetitive gameplay here and there, it’s still an enjoyable experience from top to bottom, offering fast paced combat and comical dialogue. Throw in the RPG elements and we have ourselves a winner. The PC version is also an excellent port, offering a steady framerate, crisp visuals and well-established controls. If you missed out on this grand adventure when it was on the Xbox 360, here’s the perfect opportunity to fix that.