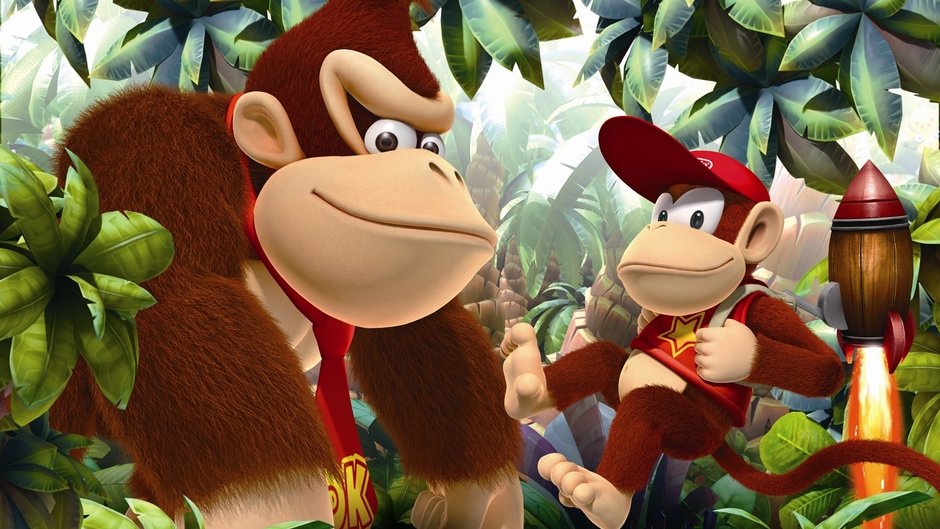 Donkey Kong Country Returns was one of the best games of the year when it was released back in 2010. Since then, it has gone down in the annals of gaming history as a textbook example of refined, almost perfect game design, and is still used as something of a measuring stick by which all other games of its kind are judged. Thus, it’s easy to assume — and one would be right in doing so — that DKCR 3D merely extrapolates upon the greatness that was the original, by somehow managing to actually enhance the overall experience further. This port isn’t one without a flaw or two, but in truth, those few issues mean nothing when pitted against everything else the game does well, and with humbling precision.

Donkey Kong Country Returns 3D is practically the same game as the Wii title from a few years back. So in essence, the title plays just as it did before, which in this case is a wonderful thing. At its most basic level, DKCR 3D is a 2.5D side-scrolling platformer that stars the illustrious Donkey Kong and his esteemed sidekick, Diddy. The likable duo plow through stages that are both original and familiar, drawing inspiration from previous installments in the series, while also integrating newfangled goodness in the form of clever boss battles, dastardly expanses to leap across and challenging enemies around every corner. Thus, make no mistake, Donkey Kong Country Returns 3D is still just as good and hard as the original title. Knowing the level of difficulty that is present at all points in the game, DKCR 3D implements the newbie-friendly “New Mode”, which grants the monkey tag team more health, life-saving balloons that rescue players from pitfalls and a few other tools designed to make the experience generally a bit less crushing. It’s a nice little addition that will certainly provide a warm welcome to some of the younger or newer gamers, however, hardcore fans will likely blow past it, adopting the philosophy of “no pain, no gain.”

The important part about DKCR’s inherently challenging gameplay, though, is that it’s almost always fair. Meaning to say, if players die at some point in their travels, it’s because they simply aren’t good enough, and they really only have themselves to blame. This is because puzzles and enemy encounters are fairly designed, imploring folks to use quick wit to best even the most dangerous fiend. Fortunately, the responsive controls make this whole process all the more fluid and enjoyable; a platformer that does not have an obedient, intuitive control setup is doomed for failure. It’s further refreshing to be able to experience Donkey Kong Country Returns without the contrived wagglefest that were the Wii motion controls. Just having pure control in one’s hands with a traditional set of buttons and d-pad (or analog stick) makes Returns 3D feel like the definitive version of the game, just from a manual dexterity standpoint.

The one problem that the game does face, that the original didn’t, is that it runs at only 30 frames per second, and not 60. Because of this, some of the parts that require truly expert timing can be made more trying than necessary merely because input commands don’t respond as fast as they should. Generally, this is not an issue, but there were a few instances — those mine cart segments, especially — that would have benefitted from the 60 FPS that was present in the original. This naturally bleeds into the only other complaint there is to voice about DKCR 3D – when the frame rate drops, it’s far more noticeable and crippling than before when a dip in the FPS went from 60 to 55. Going from 30 to 25 has a more distinct result, but thankfully these frame chugs happen so infrequently that the overall impact is negligible.

Outside of those problems, DKCR 3D shines through and through. The most notable features new and exclusive to this 3DS port are the nine new stages tacked on at the end of the game. This ultimately means that players have just that much more fantastic platforming to do, and incentive to come back. The stages don’t consist of any fresh concepts per se, but just the fact that they are there breathes new life into this almost three year old game. And then there’s the actual 3D effect, which makes the game even more eye-catching. Standing next to these new features are all the aspects that made the original so special; so folks will spend plenty of time collecting oodles of bananas, unlockables as well as various other collectibles, on top of having the opportunity to engage in time trials and local cooperative play that only serve to increase the overall replayability.

But if the gameplay conventions aren’t enough to get you, then perhaps the vibrant graphics are. The colors in Returns 3D pop with vivacity, and look particularly alluring when the game is in motion, as Donkey and Diddy run through imaginative, lush set pieces. This all is offset by a catchy soundtrack that is ripe with percussive jungle beats (no pun intended) and ear-polluting melodies that will have players bobbing their head to the beat. The interface remains crisp, clean and minimalistic as well, acting as a subtle throwback to a day when gaming screens weren’t so cluttered by complicated HUDs and unnecessary readouts. The presentation values in general succinctly complement everything Returns has to offer.

Donkey Kong Country Returns 3D is the best version of the game. Its natural design lends itself perfectly to pick-up-and-play, on-the-go gaming, and the new features do just enough to round out the package. There are all sorts of brilliantly crafted puzzles to solve, intense bosses to trounce, a head-whirling number of collectibles and hidden secrets to discover and some of the most refined platforming to experience. These polished mechanics, thrown in with the new levels, 3D effects and a casual-friendly mode, make Returns 3D feel even more complete than before. The game has a few occasional issues with its framerate, but these problems are so minor in comparison to the bevvy of sophisticated elements present everywhere else, that they hardly matter in the end. On the whole, Donkey Kong Country Returns 3D offers up one of the most challenging and rewarding platforming adventures in recent memory. Take note, developers, this is how a port should be done.