After Rock Band DLC came to a close and their PAX East party ended up being a send-off to the series, we knew Harmonix had to be working on something else. While Dance Central 4 is still a strong possibility, it seems that the studio has been diverting their attention to a new, yet-unnamed game, tweeting: “Harmonix is announcing a new game tomorrow (it’s not @RockBand or @Dance_Central). Stay tuned for the exciting news!” 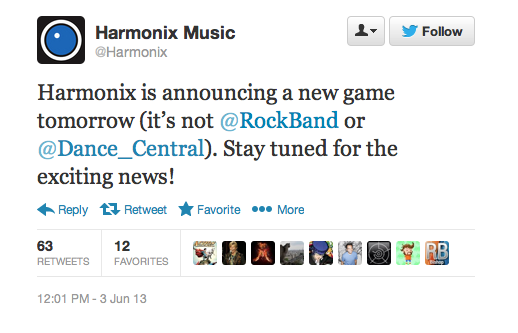 We’re at a complete loss for guesses for what it could be, but a non-rhythm game could be an interesting step forward for the developer. We’ll have more tomorrow when details emerge