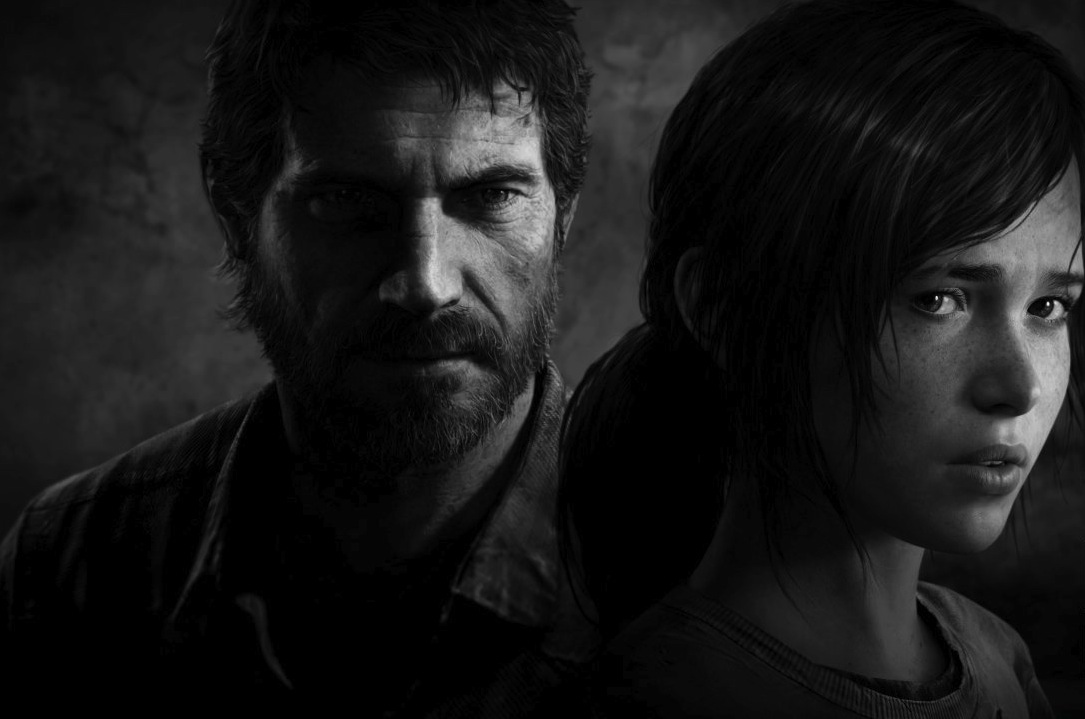 I still remember being inside the LA Memorial Sports Arena when Naughty Dog came on stage to demo The Last of Us. Guiding Joel through an apartment building, room by room, spectators watched with bated breath, shocked about what they were seeing on screen. Every steel pipe hit or curb stomp triggered a collection of wincing and yelps, culminating with enough people stomping their feet and clapping that it felt like you were in the middle of a thunder storm. It was at that moment that it felt like the next generation had arrived. Not a fancy new DRM box or technology filled gizmo, but rather the next generation in video game storytelling and design. The Last of Us didn’t look or feel like a traditional video game — it felt like an interactive experience that we had never seen before. A year later and anticipation has reached a fever pitch, with mass interest not typical of a rather aberrant video game. Perhaps the only release that could generate buzz during the very week the next generation is unveiled, The Last of Us is the perfect swan song of this generation and a hopeful indication of where it’s headed next.

It’s easy to become captivated by The Last of Us after the first ten minutes alone. Its prologue is one of the most intense and mesmerizing of any in recent video game history. Going into anymore detail would be robbing you of experiencing it first hand, but if there’s ever been a single sequence in a video game to convince anybody of its greatness, it’s this. After the prologue, we’re treated to a high quality title sequence that displays key staff’s name, reveals backstory and helps set the stage for the cinematic format of the game. With the help of some excellent editing and font (yes, this is the sort of experience where even the font is worthy of praise), the story jumps twenty years in the future after a disease has riddled the world and caused the decimation of the majority of the world’s population. Besides those who are simply trying to exist in this awful, wasteland of a world, survivors are comprised of two groups — soldiers and Fireflies.

The Fireflies are a radical militia shrouded in mystery, with more revealed as events progress, but one thing is for certain — they hate the military. Frequently, they’ll open fire or execute road side bombing attacks. While such may be thought as villainous in normal circumstances, the military here is brutal and power hungry. As there was some time to prepare for the infection, quarantine zones were set up under the military to keep the infection for spreading. Instead of these being quickly overrun as in many post-apocalyptic yarns, many were successfully held, but what were meant to be temporary refuges have lasted twenty years and turned into societies. Without a stable government in charge, martial law has been enacted that gives the military complete power. As such, any citizen who wants to remain safe has to put up with constant harassment (including sacristy of rations) and oppression to avoid the dangerous of the outside world.

Joel’s story begins in one of these camps, where we find him in a conflict with an outside gangster who just attacked his companion, Tess, and stole their weapons. Joel and Tess set out to settle the score when they are suddenly met with a rogue Firefly. In return for weapons, she wants Joel to help escort a mysterious young girl to their base camp. Joel reluctantly agrees and the two set off in search of her safety in a hostile world. The story is powerful, presented in a cinematic and mature way that keeps you on the edge of your seat through every twist and turn. Borrowing from properties like The Road, 28 Days Later, Children of Men and I Am Legend (don’t worry, it’s much better than I Am Legend), the plot and dialogue are riveting until the credits roll, making you empathize with the main characters.

While the basic plot is strong in its own right, it’s constantly elevated thanks to the great characterization of Joel and Ellie. Sort of an Odd Couple situation, Joel is a hardened man aching from tragic events, but not displaying any sort of emotion, while Ellie is…well, Ellie. Although only fourteen years old, she constantly spouts profanity, flips people off and is confrontational with men twice her size. While some may complain that she is not reflective typical teenage girl, her personality fits the plot. If you were born in a dying world with horrible monsters around every corner, dropping an f-bomb every now and again is the least of your worries. That’s not to say she’s unlikeable, however, quickly proving to be endearing and even more adorable. Used to her surroundings, she doesn’t get scared or panic and is frequently the aggressor in situations. She’ll call someone out on their crap, but do it in such a uncharacteristic way that you can’t help but smile. The dynamic between her and Joel is great, with moments like Ellie blowing air out of her mouth because she doesn’t know how to whistle irking Joel to the core. Watching their relationship naturally grow as the game progresses makes the proceedings seem personal and raises the emotional stakes for the player.

The atmosphere where everything takes place is frequently stunning, portraying a realistic world twenty years after the fall of man. Nature has begin to take back cities, with vines growing on buildings and rivers filling subway tunnels. Cars litter the streets and many buildings are severely damaged due to bombing that went on in an attempt to contain the speared of the virus. Seeing things like a skyscraper in the distance collapsed and leaning onto its neighbor are quite a site to behold, and help increase the scale of the world. Throughout the journey, environments like abandoned buildings, city streets and houses will be traversed, all brimming with life (or lack thereof), with objects scattered all over. While the environment is enough of a hazard, the threat of enemies is ever-present. Besides human soldiers or scavengers, the infected are crawling around always looking for their next meal. Zombie-esque, there are four types of enemies: Runners, Stalkers, Clickers and Bloaters. Runners are fast and agile and travel in packs, Stalkers hide and ambush victims, Clickers are blind with acute hearing, while Bloaters are incredibly resistant and launch deadly spores.

To take these enemies down, you’ll have to rely on multiple (but limited) weapons scavenged from the environment and lots of patience. Multiple firearms can be carried at once, including shotguns, pistols, rifles, revolvers and a bow and arrow, and upgraded at workbenches with the help of parts hidden throughout the world. Besides the bow and arrow (seemingly a requirement these days), firearms are loud and should only be used when absolutely necessary. Generally when an area is entered, enemies are spread throughout and unaware of your presence. The most effective strategy is to sneak by whenever possible, or sneak up from behind, silently strangling or shiving them. With some areas featuring over ten enemies, however, patience must be had to execute these correctly. Going in without a strategy can result in taking eight down only to be found out by a few at the end and killed, so it’s best to observe patterns and move accordingly. By holding down R2, Joel’s hearing can be focused, making enemies visible in the form of white silhouettes. Although inexplicable and a bit unrealistic (detractors will be happy to know it can be turned off in the option menu), enemies tend to blend in the environment, so it’s frequently a requirement to plan attacks. Of course, most don’t have the discipline it takes for this, so simply taking down as many as possible before being spotted generally works too.

When all else fails, combat turn into a third-person shooter, but nothing is as gratifying as melee kills. One melee weapon, found scattered throughout environments, can be held at anytime. These include wooden planks, crowbars, baseball bats, lead pipes and more. Enemies can be taken out with a few swings, but instead of simply bashing them and having them fall down, all of the environments are interactive. If an enemy is grabbed near a school bus, for instance, Joel slams them into the side, damaging the bus. If there’s a skirmish in a bathroom, expect someone to have their head go through the sink. It’s brutal, raw and realistic in that the world is a perpetual “kill or be killed” situation.

Enemies are about as strong as you are and take multiple hits to go down. This isn’t the sort of game where you blaze through rooms taking out truckloads of baddies. When a room is entered, everybody is treated as equal in both strength and intelligence — certainly a rare feeling in a game. While combat works well in most cases, there are issues with balance. While it’s common to feel overwhelmed by being outnumbered by human enemies, it’s possible to overcome them by using cunning strategies. The infected, on the other hand, have the tendency to swarm and grab you, not allowing attacks to be executed. Even this would be tolerable if not for the clickers. Yes, the clickers, soon to be known as one of gaming’s great annoyances are infected who can not see, instead attracted to your presence by sound. In a unfortunate attempt to make the game more challenging, clickers can only be taken down melee with a weapon, stealth with a shiv and kill you instantly by grabbing you. It’s a common occurrence to do away with multiple runners or stalkers only to be grabbed by a clicker from behind and restart the encounter. Because of this, it forces clickers to be targeted first, which generally doesn’t work well as runners are the first to attack. Making the game challenging is appreciated, but there’s a fine line between feeling challenged and cheated that’s too often crossed.

With E3 mere days away, it’s hard to get to excited about the next generation of gaming when it feels like it’s already arrived with The Last of Us. There’s been great instances of cinematic storytelling in games this year with Tomb Raider and BioShock Infinite, but The Last of Us tackles the medium in ways that only Kojima’s finest moments have attempted before. It feels like an important evolutionary step in presentation and tone, presenting a believable narrative populated with realistic characters, structured in a way that remains captivating until the last word is spoken. Multiplayer is disposable and combat can feel a bit rudimentary at times complete with balance issues, but being perpetually enveloped in the stunning world Naughty Dog created makes it easy to forget any flaws.