We can’t say anything too bad about the Xbox One now, at least not for a while as their Los Angeles E3 press conference miraculously showed up and showed out. With their collaborative effort with several indie and major game developers, major titles unveiled and the announcement of the price of the console, Xbox One is slowly starting to step up. However, it’s obviously evident that much of the technical difficulties and the unaddressed issues at hand made the entire presentation a bit messy and shady.

Following the trailer for the epic Metal Gear Solid V: The Phantom Pain (which seemed to have harbored a Red Dead Redemption feel and Pink Floyd-esque music in the background—a welcome disconnect from Hideo Kojima’s usual announcements), Microsoft came out swinging with the announcement of a third version of the Xbox 360 in an effort to compliment the structure of Xbox One. The company only gave us some short visuals of the system’s rebirth and its attachments: a simple, sleek black console base, complete with a black Xbox 360 controller and a Kinect sensor. Although they announced that the system would be available today, a quick look at some retail websites will show that there are no listings for the product at the time. Word has gotten out now that a 4GB version will be sold for $199, $299 for the 250GB pack and $299 for the 4GB console and the Kinect. Although all of this could have been announced on-stage rather than 30 minutes after the conference, this is still a great move to get things started and to give gamers an incentive to invest in another 360 provided that their current one is undergoing some problems. Aside from making their consoles look more like family, this also seems to be the major reason why they’re releasing a revamped edition of their ‘last’ gen console. 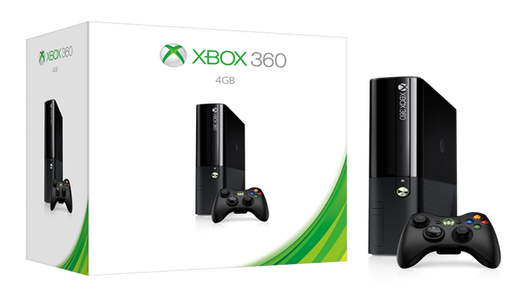 Then came the first concern of the presentation: the new Xbox Live Gold Member perks. Microsoft announced that they’re increasing friends list quantity, releasing 2 free games per month—the first being Assassin’s Creed 3 and Halo 3—allowing for real currency to dictate how we buy our games on Xbox Live and Xbox Live Gold sharing with friends and family. However, details behind these perks weren’t delved into, obviously because their favor in conference time. What happens to current Microsoft points when the change is implemented? How can the sharing of my Xbox Live Gold account work and who can I share it with? There should also be some concern in how they’re releasing some Xbox 360 titles for free to download. While it’s a great way to keep gamers attention on the 360 console, the part about the deal only lasting until the release of the Xbox One makes the entire thing pretty pointless. Those free games won’t be transferred onto the new console, I’m assuming and these games seem like old titles that people have already played. A great PR marketing strategy, but one that is very late in the game.

Microsoft then finally turned the audience’s attention to the games, the very reason why everyone crowded into the room for 90 minutes. The announcement of games for the Xbox 360 were a bit too miniscule for my liking, especially if they’re promoting replayability of the console after the Xbox One has been released. Titles like the tank shooter multiplayer World of Tanks and the difficult, yet thrilling adventure game Dark Souls II were kind of a given prior to their announcement, but more new IP’s were needed in this department and Microsoft unfortunately didn’t have any to show. Compounded with the 2 free games per month package, Microsoft seems to be looking forward and not backwards, which can seem like bad news for 360 users who may wait out on the Xbox One for a while.

Speaking of, the Xbox One titles that were unveiled today were positively opposite and made for some really great anticipation. The biggest highlight for me was definitely the return of RARE’s answer to Capcom’s Street Fighter, Killer Instinct. The gameplay shown featuring Jugo and Saberwolf was magical as it gave us a glimpse of the combo system and the aesthetic detail in the characters. Sure, some of the trash talking between Xbox community manager and Killer Instinct producer were a bit cheesy and crude for some, but it was in all good fun and definitely provided more hype behind the fighter. 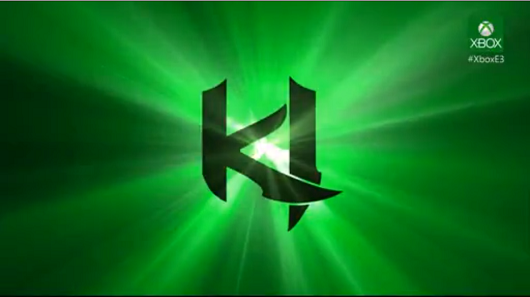 Seemingly inspired by the films like 300 and Gladiator,  Crytek’s Ryse: Son of Rome was magnificent as well. The combat looked gruesomely satisfying and although there were plenty of quick-time events throughout the squabble, none of the animations repeated themselves in the gameplay showing, which should be noted as a giant step in game development.

Other game reveals were Xbox One’s exclusives Titanfall and the new Halo game that doesn’t have a number attached to it, two titles that gear straight toward FPS fans. The former looks pretty thrilling from the trailer and multiplayer gameplay shown by the developers at Respawn; with some features that resemble heavily to the Call of Duty franchise combined with the use of giant mechs to help defeat the enemy. During the gameplay of what seems to be an objective holding multiplayer mode, the audience were treated to a lot of detail in the mech department, as players can call for their “Titan” at any time and wreck havoc on the map. When things get a heated inside the mech, players also have the ability to eject themselves from their “Titan” before it explodes, which subsequently opens up the opportunity for hacking into or brutally disabling the enemy and their mech. Despite information leaking about this game, this looks like a title that harbors some longevity and unparalleled performance in gameplay.

Following in the footsteps as Microsoft’s console, 343 studio is using a stand alone name for the next installment of the Halo franchise. Many gamers have probably scratched their head at the announcement of the name without a number or subtitle. The fact that there was only a short trailer of the game for the conference audience made things seem a bit worse for this beloved FPS. We do know that the game will be running at 60 frames per second, a milestone in game development. However with a confusing name and a trailer without any gameplay, it should come to no surprise to Microsoft that no one is hyped about this title just yet.

Perhaps the most alarming thing about the conference was hearing the word “Smartglass,” a mobile attachment that Microsoft said will help enhance gaming experience in select titles. A great example was shown during the unveiling of the zombie infested DeadRising 3, in which new lead character Nick Ramos is thrown in an open world—free of loading time—deserted area. The game saw the return of weapon crafting on the fly and more access to vehicles in-game. At one point, an artillery airstrike had to be called to help Ramos get out of the area safely, which was further activated by the Smartglass attachment.

The push of this add-on raises some heavy concerns, because the way that Microsoft presented today it made it seem like it was a permanent attachment.  Let’s hope that’s not the case. I don’t need an extra device to play my games nor do I need it to help me beat a game, no less. Microsoft should make this one optional for those who already have the attachment and are looking for more innovative ways to excite their adventures. If the Smartglass is a requirement, I can only hope that Microsoft handles the pricing and structure of these things with care. Otherwise, no one is going to buy the console, nor will anyone be using Smartglass for their games. 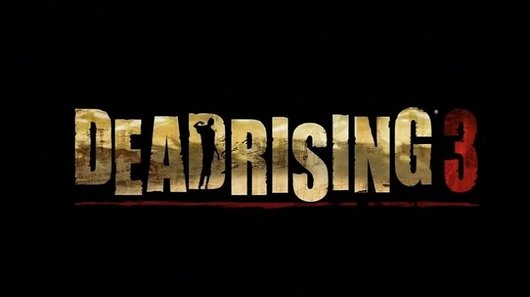 My biggest gripe about the conference lies not in the supremely awkward showing of Battlefield 4, given Microsoft’s efforts in trying to get the gameplay engine to start while hiding the fact that the game was being ran off a dev kit—which happened before (and the gameplay itself looked fine, but not my cup of tea—you see one military FPS and you’ve seen them all). Rather my angst is rooted in Microsoft desperate urge to make us forget about all the nuts and bolts about the console itself. I’m talking about the details about Microsoft’s DRM structure, the allocation of publisher rights to handle the situation of used games however they please and their semi-always-on requirement to play games. The team at Microsoft made Xbox One look like it didn’t have any of those things anymore, that the games were here to stay and that consumers had nothing to worry about. It’s as if they tried really hard to erase our memory of the restrictions that their next-gen console will impose on gamers and their rights to the games. They neglected to say anything about the matter or address to the frustrations that gamers might have had about their console, especially with all the information that was out there. A little acknowledgement about how they’re console has been perceived would’ve been nice, but did we get that—over their dead money-hungry bodies, maybe…unfortunately, today wasn’t one of those days. 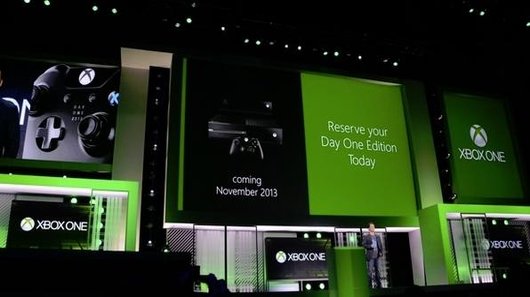 With a price tag of $499 and release date slated for Novemeber 21, Microsoft did what they said they would do in terms of presenting stellar games for their loyal fans. They gave potential consumers what they didn’t give four weeks ago, but that’s what you have to expect from them considering the venue that they’re in. However, their flashiness in games started to show their lack of confidence in their titles. It’s like Microsoft instantly became the Men In Black and shoved Forza Motorsport 5, Killer Instinct and Titanfall into our faces as if they were neuralyzers; aiming to rid our memory of the negative stigma that is bound onto their console.

Don’t give me that nonsense about how it’s a gaming conference and that the focus should be solely on games. After the arrogance and attitude that the dangerously self-unaware Microsoft has shown as of late, the company needed to show some more reassurance this time around. They only showed games, but that was it — nothing about the issues, and not even anything else about the console itself. The console wasn’t even shown on-stage like usual, which was odd and out of place for Microsoft. All in all, they’re making cheap moves in an effort to make gamers forget, and it’s not going to work. Selling your product using a certain marketing strategy is a given, and sure, there are some impeccable pieces of work that I’d like to get my grubby little fingers on, such as the feature of being able to record and edit my gameplay via Twitch. However, if Microsoft really wants consumers to grab the Xbox One at launch, they need to figure out a way to remedy the idea that their next-gen console is going to be hell for their consumers. The conference itself is solid, but it’s what they didn’t acknowledge at the conference that hurt their chances of swaying the masses.