The Wii U console has been a tough sell for Nintendo. The main reason is a lack of credible games. If you were able to have more fun while playing, then more people would buy. Hopefully things will start to pick up for the system when Wii Party U gets released later in the year.

Demoed at E3, the game plans to give the Wii U a group atmosphere. Bring all your friends together and play a few rounds of mini-games or engage in a game show-type competition for some good old fashion family fun. One round being played on the showroom floor was a “guess the face” game. One player took control of the Wii U GamePad and had to use the camera feature to snap a quick photo of their face depending on the caption provided. Then, the three others would try to guess what the face was from four different options. The guesses can be quite humorous, which would make you want to choose it instead of the one which makes the most sense. 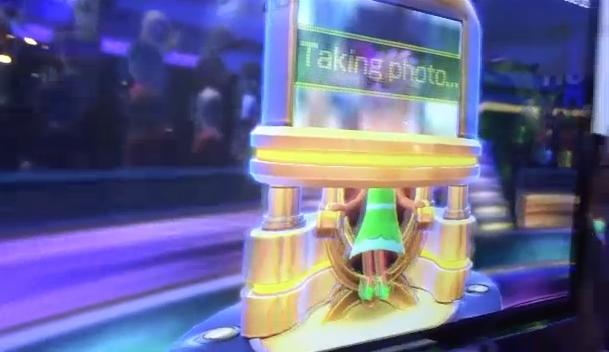 The goal of that specific round was to try and get the three guessers to pick the correct choice. If they do, you get more points, so there’s a competitive sense of teamwork involved. Hopefully this is the big screen version of a WarioWare or new Mario Party. It’s definitely going to be a must have for any Nintendo party.