This year at E3, PopCap Games announced a new addition to the 2009 hit tower defense game, Plants vs. Zombies. With the first game reaching a broad audience and receiving high scores, a sequel would have been a no brainer! Ha, zombie pun. It took some time for EA to let this new idea grow. Ha, plant pun. And while there is one coming soon, PopCap is releasing a spin-off to the original next year that’s surprisingly a first-person shooter.

After viewing a live demonstration for Plants vs. Zombies: Garden Warfare, we were able to grab a quick interview with Jeremy Vanhoozer, Creative Director of Plants vs Zombies.

[Hardcore Gamer] We’ve seen Disco Zombie, is he a boss and can you talk more about the bosses in the game?

[Jeremy Vanhoozer] Yeah, so the Disco Zombie is one of the bosses as well as the Gargantuar. So, those are two of many. We’re going to be slowly unveiling them over time.

What was the biggest influence for Garden Warfare? Was it another shooter or Plants vs. Zombies itself?

That’s tough. We took a lot of influences. Look at games like Left 4 Dead and Team Fortress 2; they were a huge inspiration for us. To just say you can make a fun, colorful game with really cool classes that really supports and embraces teamwork. And that for us was really where you take the strategic deck of what you expect. Then mash it up with really crazy multiplayer. 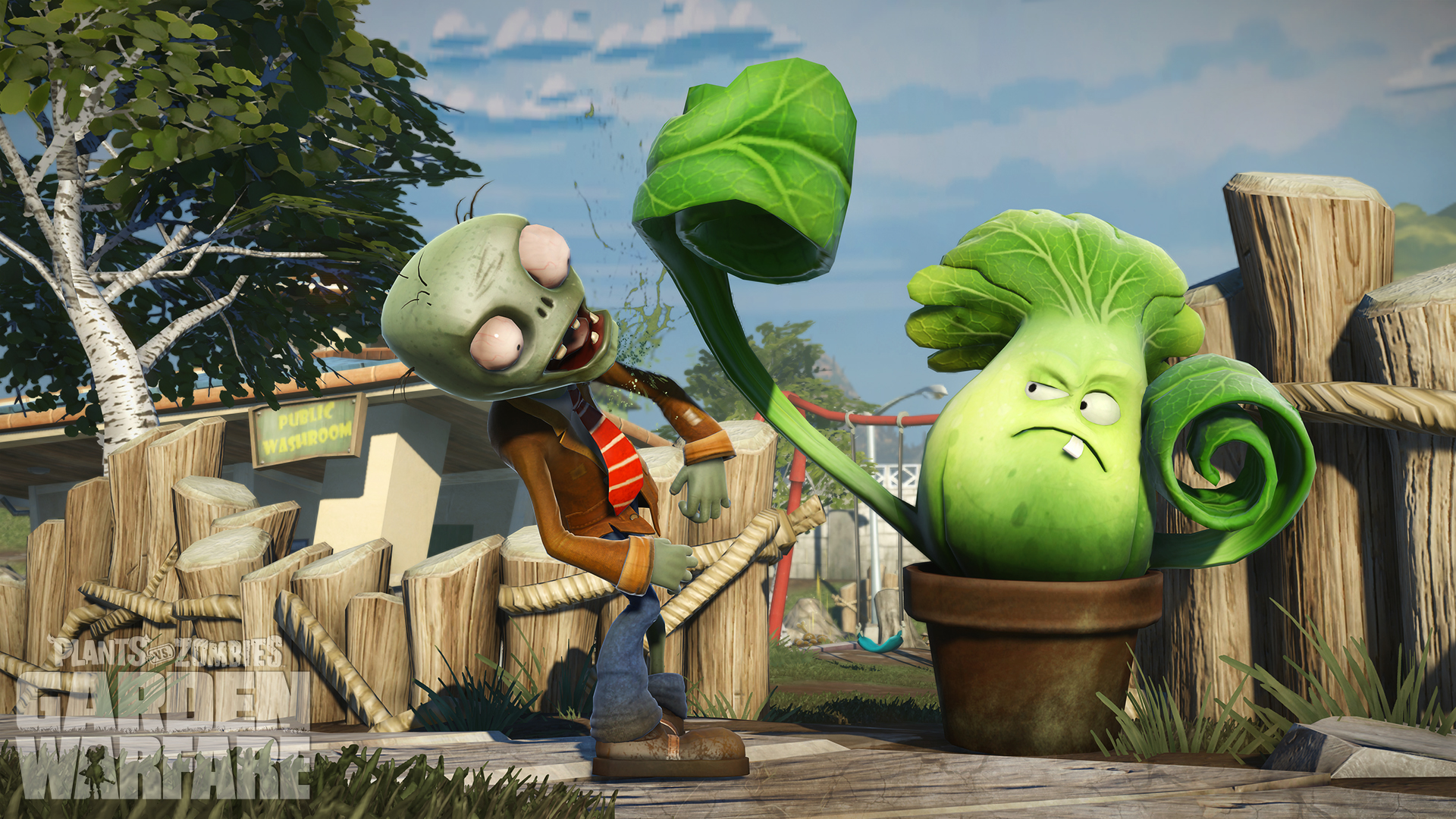 “We took a lot of influences. Look at games like Left 4 Dead and Team Fortress 2; they were a huge inspiration for us.”

Was the game developed solely by PopCap?

Yeah, everybody here is a member of PopCap. We’re actually in the Vancouver, British Colombia studio.

Was it the first first-person shooter you’ve done?

There is a range of experience on shooters at our company. We’ve assembled a team of Frostbite 3 veterans. Our team is probably the most seasoned team I’ve ever worked with. They’re fully dedicated, they’re passionate and all have extensive experience with Frostbite. So, you put that all together, their passion for the game just goes through. I’ll tell you, we’ve had the most interesting debates in design. When you’re that riled up it gets crazy.

Reception was really warm at the E3 press conference. Were you surprised that the game has been a pretty big talking point afterwards with all the other big surprises?

There’s a lot of high profile games released this year and we’re absolutely flattered to be considered as interesting as all those other games. I don’t know if it took us by surprise necessarily, but fingers crossed that people will just get the game. And think, you know what, if I were to explain it to you without showing you, you’d go, “what?” But, once we show people, [they] think “no, no, no it’s really cool.” 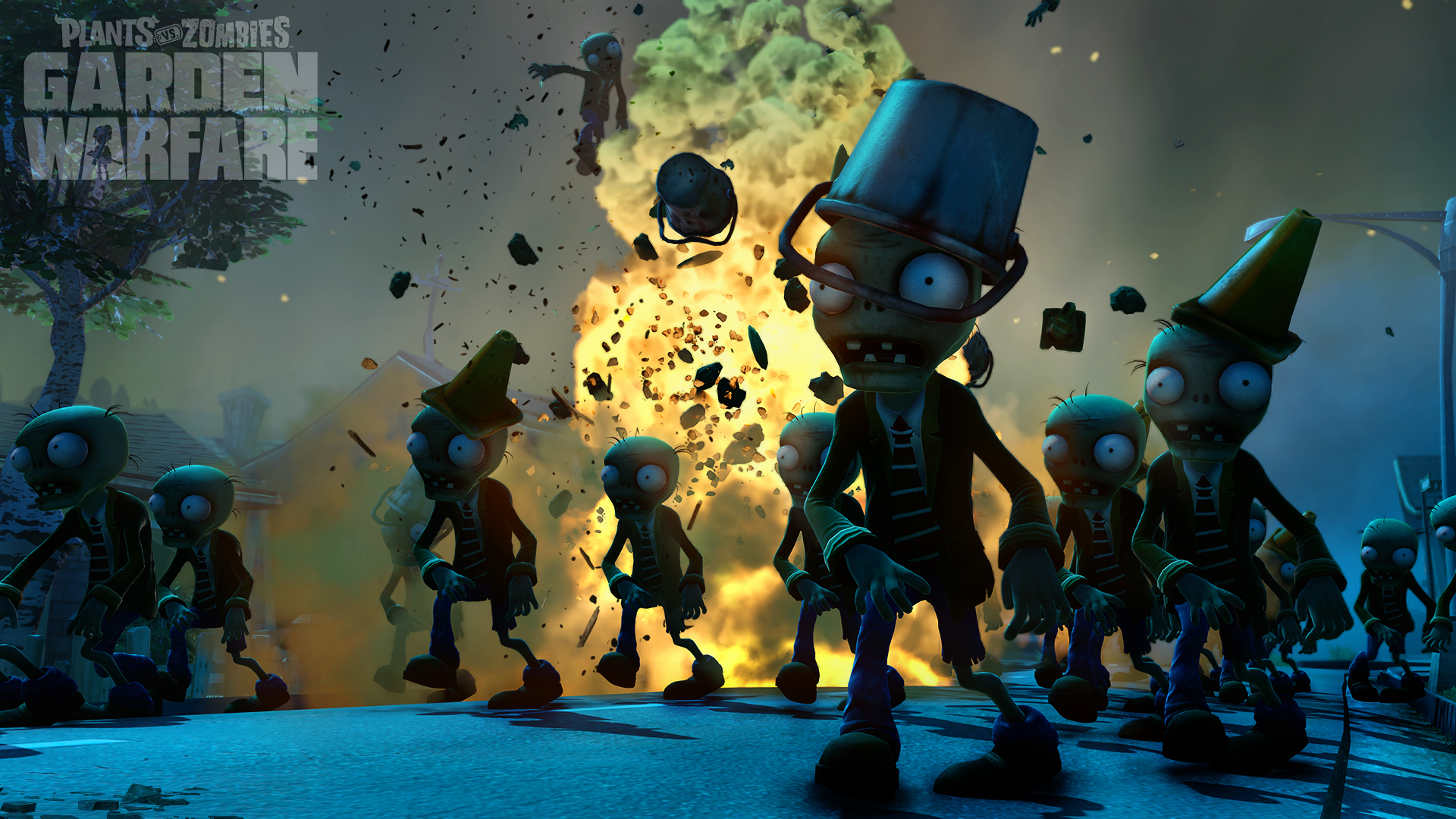 “Our team is probably the most seasoned team I’ve ever worked with. They’re fully dedicated, they’re passionate and all have extensive experience with Frostbite.”

Have you decided how many stages there will be?

I wouldn’t call them stages so much. Re-playability is incredibly important to me, personally. I want people to play the mission you just saw, but have a completely different experience every time you play. So that when you and your friends get together, you launch into Seeds of Destruction. The things you know are going to be in Zom Bosses mansion, we want to have random craziness happen. The things like triggering a sudden boss fight are not going to be the normal. You’re not just going to play through that and have the same experience every time. It’s going to be completely different and that for me is what we’re trying to do. Now, your locale, that experience is going to come through. We’re pushing it as far as we can. We’ve got 15 just working on the walls and unique locations that suit PvZ. It’s the battle in the backyard but it’s not limited to the backyard. Now, assuming you’ve seen some PvZ 2 stuff where they’re going crazy places, they kind of opened the doors for us by going to the desert and we’re going to have pretty cool stuff.

How many plants can you play as in the game?

So there are four playable plant classes. You basically saw them, Pea Shooter, The Cactus, The Chomper and The Sunflower. And they can also plant plants. That’s where we’re bringing in all the classic PvZ 1 and PvZ 2 characters. You’re going to get the opportunity to collect. That way, as you try and figure out your strategy with your friends you can start to throw down the ice to freeze zombies. And that’s where players and strategy and tower defense creep into the multiplayer game. But also add in a layer of accessibility so it’s not just human AI and zombie AI.

Plants vs. Zombies: Garden Warfare is due out in Spring 2014 for Xbox 360, Xbox One and PC. Make sure to check back for ongoing coverage of the release.