The system officially launches tomorrow, and can be purchased at Amazon, Best Buy, and Gamestop stores…if you pre-ordered them. Apparently, that chain will not stocking them regularly while the first two stores mentioned will. In the five weeks that we’ve been able to play the OUYA, the system has gone through some major changes. The then-shoddy storefront has been renovated nicely with better organization and brand-new with an update today, the ability to view large screenshots of each game. Before, you were limited to thumbnails that you couldn’t expand upon, leaving you with very little idea of what a game looked like unless you viewed its page online as well. It was a fairly small issue in the grand scheme of things, but a black mark on the system that could be fixed and to the company’s credit, they did so before launch.

They also made sure to add USB thumb drive support, which is a godsend since the on-board limit about 5 GB free won’t take long to fill up. ChronoBlade alone takes up almost 150 MB of storage, although many games are in the 10-20 MB range. If you intend to use this as a TV-based emulator machine, then you’ll be happy to know that in the time since the impressions piece was written, the system has had a ton of emulators released for it. At the time, there were only SNES, NES, DS, and N64 ones available. Now, there’s an emulator out for the Neo-Geo, NGPC, C64, Genesis, Atari 2600, PC Engine/TG-16, GBC, GBA, and even the PS1. The PS1 emulator is the newest of the bunch and easily the worst one, as it auto-stretches games and nixes the sound unless you pay for it. Given that its games also consume a ton of space, it’s best left as a curiosity for right now.

There are plenty of OUYA-only games that you can’t get on any other console though, so even if you don’t want to use it to play classics, you’ll have a lot of stuff to enjoy. FlashOut 3D is an excellent Wipeout clone that may actually be more fun than WipeOut HD due to its less-challenging difficulty. ChronoBlade is a very enjoyable MMO hack-n-slash in demo form right now, while Saturday Morning RPG combines a ton of ’90s kid humor and references with an eye-catching visual style and solid RPG mechanics to craft a really fun game. It’s also one of the few games that really uses the controller’s touchpad well, even if it is only to use in-game scratch and sniff stickers.

One of the best features about the system is that every single game must be free-to-play to some extent. Other than Stalagfight, which is completely free, this means you’ll hit a pay wall after a while – like in Knightmare Tower, where you’re limited in the amount of upgrades you can do for free. League of Evil is probably the most generous game available as it lets you play dozens of levels before asking you to pay for the full game. Other than the PS1 emulator, every other one is free, although EMUYA does let you pay for slow-mo and unlimited cheats if you so desire. Most games are in an app store price range at about $2-$4, while FF III’s 3D remake will set you back $15 in full – the same price the brand-new TowerFall costs as well. XBLA fans are used to this kind of model, but it’s uncharted territory for every game in a system’s library to let you try it for free. It’s certainly a very pro-consumer move as you’ll know about a game’s mechanics and if they’re for you with the free portion and can then decide if it’s worth paying money for.

The system’s controller is a huge part of the overall package and looks nice, although it is greatly hampered by its d-pad. It’s honestly the worst one I’ve used on a first-party pad since the GameCube, which is a shame since it hurts the emulator playback quite a bit. The lack of traditional Start and Select buttons takes some getting used to as well, although pressing in the sticks is a fine work-around. Buttons can also get stuck beneath the metal plate on the right-hand side, which I’ve had kill some League of Evil sessions. This issue has apparently been remedied in the last batch of Kickstarter units and launch systems, but it’s certainly worth noting since they’re charging $50 for each extra controller and they’re honestly not worth that kind of money.

Fortunately, corded 360 and wireless PS3 pads can be used for some games, which helps relieve the sting of the high controller costs. Lag between the controller and the game is also worth discussing as it will cripple anything that requires precision – like Knightmare Tower. A system restart has fixed this issue every time I’ve encountered it, but it’s still annoying and something that brought back some bad memories of the 16-bit era with its plethora of poorly-controlling games.

Speaking of poorly-controlling, there’s also a web browser included. One might think that the mousepad-esque touchpad would make things easier, but it moves so quickly that it’s actually quite difficult to get where you want to go on a page to enter login details. You’ll be doing that quite a bit if you plan to sideload apps on the device. The device is pre-rooted, so that’s not much of an issue — all you have to do is log on to your Box, Dropbox, or Google Drive account and download apks. You can then install them via the Advanced section of the Setup menu. Not every game will work and you’ll likely need to map every button manually if controller support is even available, but it’s certainly an additional way to get some value out of the system since some scheduled apps aren’t available yet – like Netflix or XBMC. 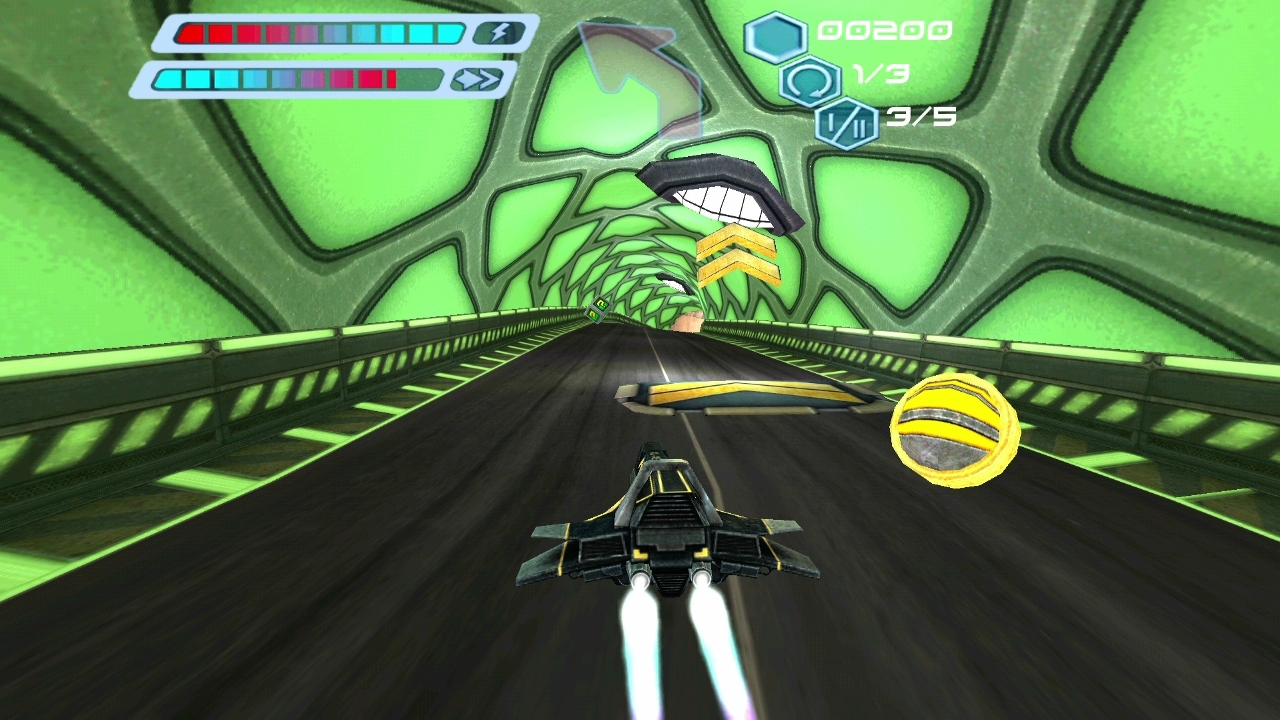 Five weeks ago, I thought the system would be worth its $100 price tag — a sentiment I also expressed in an episode of our podcast. Now, with more than a month of use, I find myself playing it every day and use the free-to-play method as a way to try out games I never would have otherwise experienced. Knightmare Tower is something I would have scoffed at spending $4 on blindly since it’s a browser game, but trying it for free showed me just how much better and more fun it was with a controller. Newer games on the marketplace have really impressed me, like ChronoBlade, which controls marvelously with a pad and is a must for fans of classic beat-em-ups and further sold me on this system being easy to recommend at launch.

The Kickstarter campaign has had some controversy behind it due to shipping units slowly, but did serve to allow us to provide you with pre-launch coverage. If you’re a fan of indie gaming, you’ll get a lot of use out of this system since its current lineup is full of slightly quirky games that are a lot of fun to play. With the button issues resolved at launch, it’s a shame that the d-pad wasn’t also fixed up a bit because I can see that being a huge issue for people looking to play a lot of platformers on it – like Sonic 4’s two episodes that are hitting the storefront tomorrow. Other than that, it’s easy to recommend spending $100 on this. There’s a lot of fun to be had with the console and its games, so if you’ve got $100 burning a hole in your pocket and a desire to play some new, interesting indie games that you can’t get on other consoles, give it a shot.