Released in early 2001, Kirby Tilt ‘n’ Tumble was pretty awesome for its time. With a built-in accelerometer, the game was one of the first completely motion-controlled games and a very inventive and entertaining Kirby. Unfortunately, as it was released just two months before the Game Boy Advance, it was ignored by those who were ditching their Game Boy Colors and focusing on the next generation of gaming. Luckily, it was compatible with the original Game Boy Advance, but it was rendered unplayable by those who later upgraded to the SP due to the cartridge orientation being upside down.

So for many years, gamers with only a Game Boy Advance SP were filled with rage for being prohibited from experiencing this great platformer. Luckily after twelve years, a way to experience it on the folding handheld has finally been discovered. By plugging the game into a GameShark Pro, which can be had for under twenty bucks on eBay, the orientation of the cartridge is flipped allowing the game to be played exactly how intended. We’re not sure why it took twelve years for anybody to realize this, but hey at least we can finally ditch our old Game Boy Advances which we had for the sole purpose of playing Kirby Tilt ‘n’ Tumble.

Next up: Game Boy Player support. 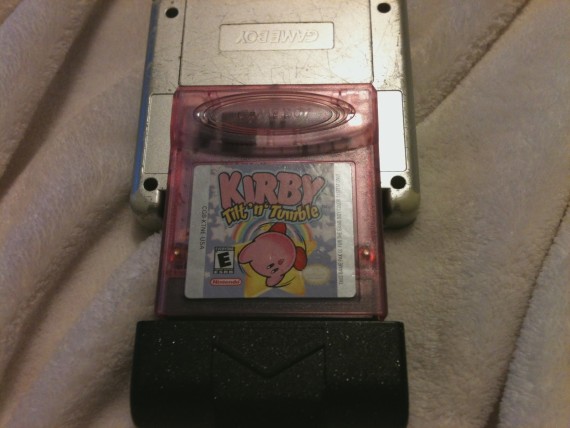