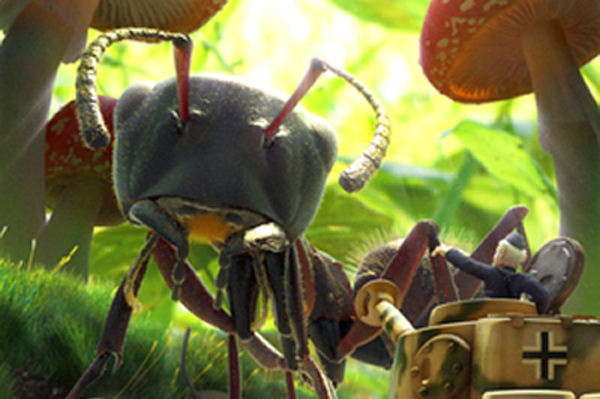 Bugs vs Tanks! easily takes the prize for Least Comprehensible Setup in gaming. Sure, several World War II tank brigades being shrunk down to insect size and forced to fight for their lives while trying to figure out what happened to them isn’t, as gaming plots go, particularly unusual. Playing as the Nazis, though? We’re expected to care what happens to Nazi soldiers in this predicament? In the kind of cartoon world where Nazis can get miniaturized to fight against an insect horde, I’m rooting for the bugs. It’s not the kind of setup that inspires thoughts of moral relativism.

Accepting for the moment that fighting as the Nazis (referred to in the game only as the Germans, despite it being WWII and everyone is wearing Nazi uniforms) is fine and dandy, Bugs vs Tanks! is, sadly, pretty boring. You’ve got a slightly customizable tank and an objective, and between you and success are a large number of insects that tend to attack no more than four at a time at most, and usually one to two. Ants of various type, moths, hornets, termites, spiders, and even snails all fall under the tank’s relentless onslaught, although to be fair they tried to kill it first. You drive the tank, aim its turret, and the gun fires automatically even if the target is off screen. There’s also a manual firing option that gives you direct control, but with the amount of off screen shooting the top-down viewpoint requires, it’s best to have the AI take over. 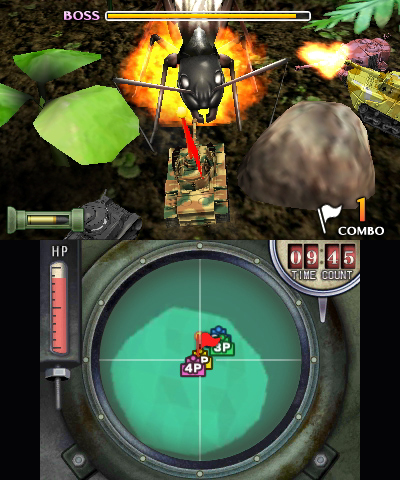 And that’s Bugs vs Tanks! in a nutshell. Drive tank through some simple levels, shoot bugs, exactly as it says on the tin. Some levels are timed, others have you defending the base against, the bugs’ nighttime attack, but usually it’s you and your tank against a somewhat labyrinthine level and the insects that inhabit it. This wouldn’t be a bad thing, as anyone who’s ever played Earth Defense Force can attest, but the levels are fairly dull, the combat is slow, enemies get repetitive very quickly, and even searching the levels for new tanks just elongates what’s basically a fairly mindless experience.

To its credit, Bugs vs Tanks! does try to be interesting. There are tons of tanks from many different countries available, all nicely modeled, and you can mix and match turret and body types while painting it in a large number of designs ranging from perfectly sensible to amazingly garish. Each turret and body has its own set of stats, which would seem to give plenty of reason to search out every piece of equipment possible if it wasn’t for the German designs usually being the most effective. Then you choose the kind of shot you want, either splash damage or piercing, with the damage being determined by the tank’s stats. There’s even a decently fun little story being told of the Nazis trying to figure out what happened and find their way home, told in classic video game style of just enough text to get the job done and add a bit of character while getting out of the way as fast as possible in order to let you play. 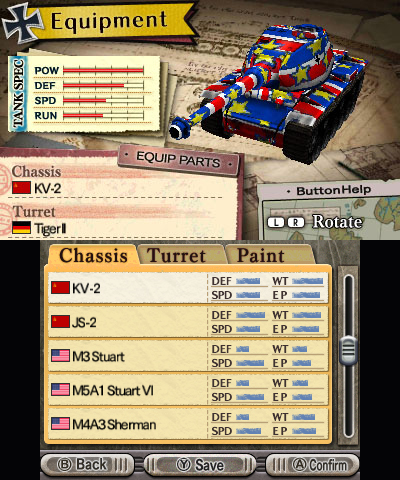 Once you’ve got your tank and seen the story bits, it’s back to the battlefield and the slow, methodical shooting. See a couple of ants, land enough shots to take out the group while retreating away from their attacks, repeat. You can get overwhelmed by rushing in, but adopting a careful pace makes combat too easy. The only point at which there’s any pressure is during the base defense missions, but playing defense is rarely much fun. Bugs vs Tanks! is a great B-Movie idea in search of a game to do it justice, but this just isn’t it.