Last year, Telltale Games was able to capitalize on the ever growing zombie-loving audience with a game that has less to do with the undead and more about human interaction. Telltale’s The Walking Dead turned into a phenomenon that was loved among both fans and critics alike, selling millions and winning numerous Game of the Year awards. Now that we’re over a year since the first episode was released, the studio is continuing their support with a second season in a couple of months, but until then, we have to feed our hunger with a short piece of DLC that takes place 400 days after the outbreak spreads.

The Walking Dead: 400 Days tells the story of five characters and their struggles after the zombie apocalypse hits. Vince is a convicted killer, Shel is a protective older sister, Bonnie is a former junkie, Russell is a boy with a conscious, and Wyatt I just can’t get a read on. The character selection is plentiful and each has their own dire situation they need to get out of, mainly by talking with the various NPCs in the world. 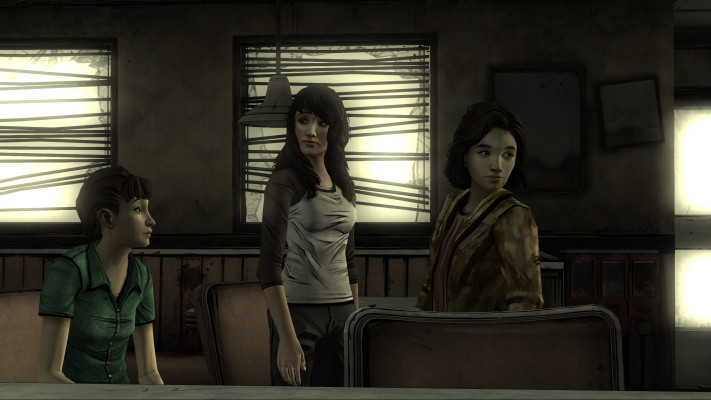 The gameplay is far from the most interactive medium as there are very traditional adventure game mechanics in play. Moving on a set path, interacting with the world and talking with others are basically the only actions present, so it’s a good thing that the storytelling is still the strong point of the series. Playing as the various characters, you’re placed within scenarios that would be incredibly taxing if presented in real life. It’s a kill or be killed world out there, with characters doing acts that would seem unsightly in the eyes of many. As usual, this is a lot more about human interaction in such a dire world rather than the actual zombie threat, and it really works to the game’s benefits. The way Telltale is able to weave together the different stories so subtly is nothing short of impressive. Players will have to connect the dots on their own accord with hints being thrown in here and there, making the adventure feel more like a puzzle than a direct story.

The problem 400 Days struggles with is consistency. Granted, this is a piece of downloadable content, but each character receives only fifteen to twenty minutes of airtime, and the mechanics found in the main game are scattered throughout. They do a good job establishing the cast for what looks like the second season, but as a whole, it’s nothing more than a quick backstory that Telltale elected to separate so they didn’t have to cover it next time. There are far too many gaps in between the four hundred days, leaving many unanswered questions and a lacking progression.

There are also far fewer drastic or meaningful choices. There was one option during Shel’s scenario that really hit home, even though character development wasn’t particularly strong with a specific individual, and one event during Russell’s that made me sick Telltale would even considering calling back to. I commend them for those two, but I felt like the rest of the story is void of any true emotion that we’ve come to expect. There was only one choice that had me thinking and worried about the outcome, while the rest didn’t do much to establish each person. This is clearly because of the short time each character is given to tell their story as, even if you have a basic understanding, you still don’t know too much about anyone. 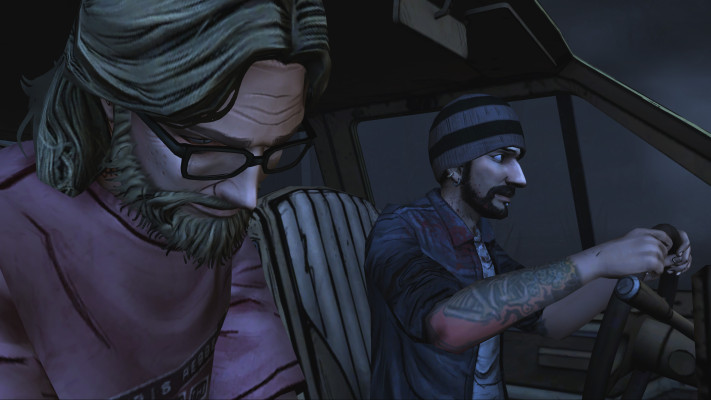 The Walking Dead: 400 Days is a good, but lacking experience that’s separated into five small chunks that clock in at about an hour and a half altogether. It helps establish what is to come later this year, but that’s about it as character development is stifled due to short scenarios. It’s no doubt a value, and if you need your fix of The Walking Dead, then this will certainly tide you over until the second season, but don’t expect a consistent plot full of meaningful and difficult choices.