Coming out in the wake of the Game Boy Color and only two years before the Game Boy Advance, it’s no secret why the Neo Geo Pocket Color enjoyed limited success in America. While largely ignored on its original release, gamers have since picked up the handheld console and begun to experience the unique features it has to offer — and for good reason. Much like its arcade/home brothers, Neo Geo Pocket Color games have aged incredibly well for a fourteen-year-old handheld system. As the majority of its library can be picked up loose for under ten bucks on eBay, Pocket Power (using only original hardware/software) is devoted to guiding new and old NGPC collectors alike before prices rise and availability lowers thanks to nostalgia-hungry collectors.

It’s Pac-Man on the Neo Geo. That could be the entirety of this article as Namco has been content with re-releasing this arcade classic with little changes on practically every platform conceivable during the last three decades. But we have a feature to fill and this Pac-Man port is notable — not because of what it adds, but because of what it doesn’t take away. Pac-Man on the Neo Geo Pocket Color is nothing more than the original arcade game. No enhancements, no bells and whistles, no continues — just a port of Pac-Man. While this release may seem odd now, at the time it was fairly notable. Near-arcade versions of Pac-Man were scarce in the late nineties, with the only worthy one being part of the Namco Museum compilation. This was only the third handheld Pac-Man game and first to come close to the experience of playing it on original hardware, as the original Game Boy version and Game Gear version were lacking in crucial ways. While the Game Boy Color version of the game, released around the same time, featured much more options and a new mode, it paled in comparison to actual gameplay of the Neo Geo version. 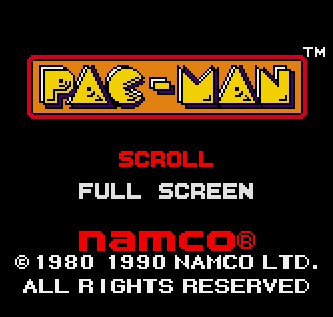 If you’ve ever played Pac-Man, you know what to expect. Players take control of a yellow puck and have to navigate him around a maze eating pellets while avoiding ghosts. The four ghosts, Inky, Blinky, Pinky and Clyde each have their own characteristics and tend to follow patterns that can be recognized by experienced players. There are flashing pellets known as “power pellets” that can be eaten, turning the ghosts blue and allowing them to be eaten by Pac-Man. There are hundreds of levels, with three comical intermissions interspersed in between to allow players a quick break from action. It’s quite a difficult game and can only truly be mastered with hours of practice and memorization of patterns. While seemingly not an emulation, the Neo Geo version seems to work with most patterns with a few slight modifications.

Of course thanks to the internet and smartphones, Pac-Man is incredibly easy to find these days, so it’s not the actual game that matters but the port. Even fourteen years later, the Neo Geo Pocket Color version of Pac-Man is still the best way to play on the go. The framerate is butter smooth, the sound effects are correct, the speed is accurate and it quite simply seems right. Making the experience inimitable is the NGPC’s fantastic joystick that does the game justice in ways a touch screen or d-pad never could or will. Even better is that a little red plastic ring known as the “Cross Ring” was included with many copies of the game that limited the joystick to four-ways of movement to ensure accidental wrong turns aren’t taken. The biggest issue here is the lack of extra content. This is a bare-bones port with no options menu, and no extra modes. The main menu consists of little more than choosing “Full Screen” or “Scroll” (the former recommended as while Scroll looks nice, it’s impractical to not see the whole maze). It would have been nice to have the option to skip levels, make waypoints, change the speed or other easily implemented options. Another problem is that no continue system is included, which can result in lesser experienced players not seeing past stage three or four of the game. 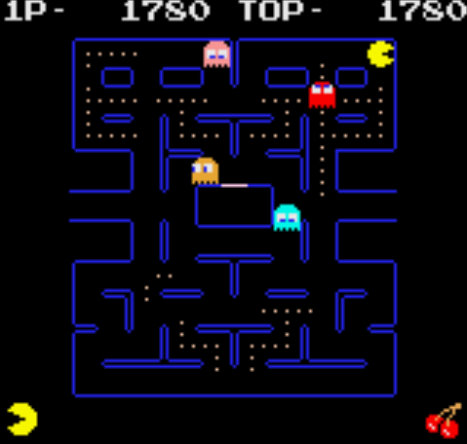 While many may gloss over this release for simply being “Pac-Man,” it’s worth checking out for being the best way to play the original Pac-Man on the go even fourteen years later. At the time it was an odd release, as it was little more than a near-twenty year old port of an arcade game with a thirty dollar price tag on it (a notion that would seem offensive by today’s standards). But now that the game can be picked up for under ten bucks loose or twenty or so complete, it’s a unique little oddity that gives a great game a full spotlight it will never see again. Those with a case of Pac-Man Fever would be advised to pick-up a complete version so they get their hands on a Cross Ring and the adorable manual complete with character descriptions and unique illustrations.