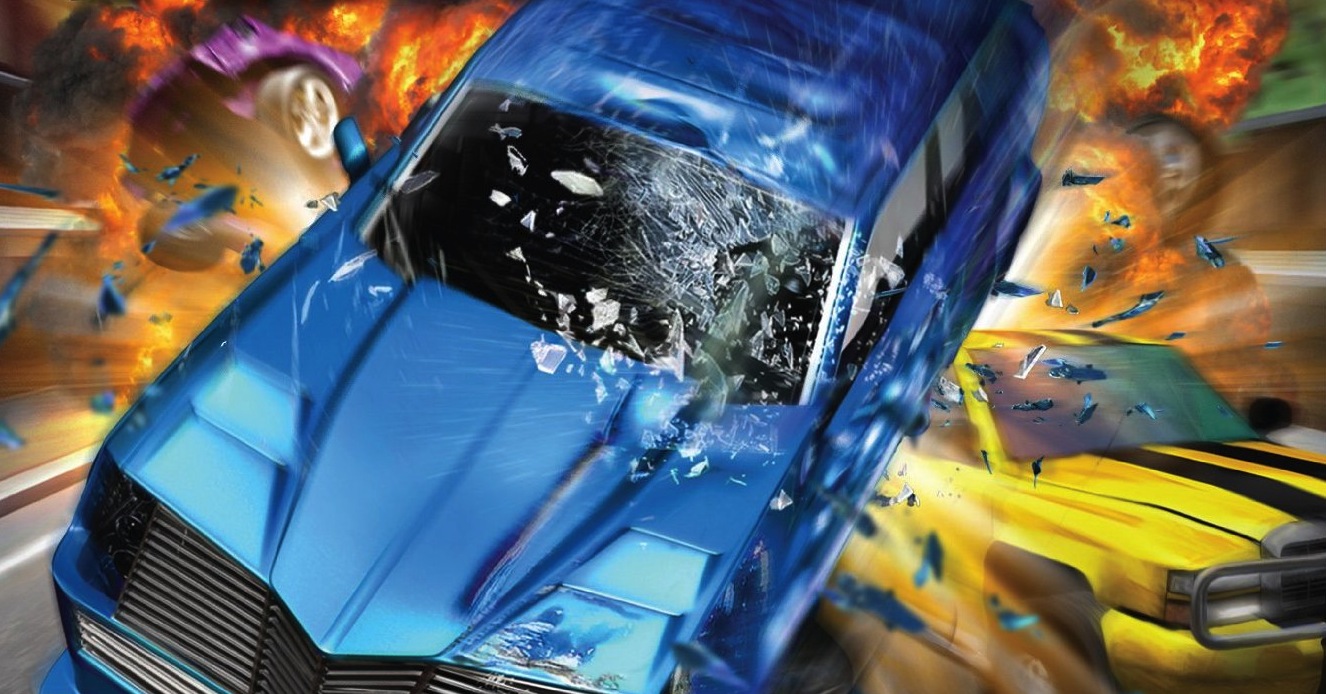 Crash City Mayhem is the definition of a bargain bin game. It was released in the most barren gaming month of the year at a low price ($19.99), received no marketing and has quite possibly the most generic name and cover art ever. It’s the sort of game that will make a few quick bucks for its mere existence before it’s removed from the main video game display of a store and thrown into the bargain section, probably shrink-wrapped to another similar game or a pack of stylus. While the game is actually part of the Runabout series (a franchise that hasn’t received an entry in over ten years), it’s clear that nothing — from the marketing to the development — aspired for anything more than a “hey, cars crashing for cheap” impulse buy by a ten-year-old at Target desperately trying to convince his mom to buy him a game.

One of the biggest surprises of Crash City Mayhem is that is has a story. Well, sort of, at least. You’re an ex-spy turned courier who takes on missions for a mysterious organization that seems to show little thanks for your work. There’s double crossing and plot twists and…none of it makes any sense. But the fact that some shred of a story was even attempted instead of “you’re a car crashing through a city for some reason” is a tiny bit admirable. After going through “Driver’s Ed,” which is literally a tutorial that teaches you how to accelerate, brake and turn, the main game begins. The game is broken up into six different episodes, each with five missions. While each takes place in a different region, all are really just parts of one (admittedly large) city. Episodes consist of different missions, including ramming vehicles, stealing a spy car, hijacking a bus and more. The mission objectives aren’t all that creative and generally boil down to following an arrow on the top of the screen to the next waypoint as fast as possible. 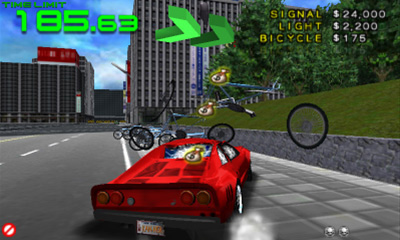 While there’s thirty missions in all, only six are actually unique. Each episode’s five missions are really the just the same exact mission five different times on a harder difficulty. So while the first mission’s objective may be to complete it in under five minutes, the second is simply to complete it under four. This means that you’ll be playing each stage five different times with little to show for it. To make matters worse, if you complete a mission in under, say, three minutes the first go, it won’t count as completing the next two missions even though your time is lower than the objectives. While most episodes aren’t all that long, one tedious episode in particular takes at least ten minutes to complete. Tasked with shadowing a lady spy leaking info, you must follow her across town at a slow speed while not getting too close or too far away. At least three minutes of the mission has you following her walking on a sidewalk, meaning that you’ll be going no more than 3 or 4 MPH. Doing it once is acceptable, but doing it five times (even though it changes up the structure slightly a few times) is a pace killer for a game called “Crash City Mayhem.”

There’s multiple cars that be unlocked throughout the game, ranging from classic muscle to a tank. Cars can be upgraded with new items unlocked by picking up hidden coins and tuned or changed in color. The tuning is nonsensical and counterintuitive, but some of the items are useful like shells for the tank. As this is a game about speed, however, the problem is that a lot of the vehicles prove to be useless. Try getting across a city in under five minutes in a tank, bus or on a Vespa. This also brings up another issue with the game, which is the lack of focus on destruction. While everything can be crushed earning you money, the money doesn’t do anything. After enough damage is accrued, the car will blow-up and the mission will be over. There is a Free Ride mode on every episode that lets you rush around the city running into stuff without taking damage, but as there’s no real objective or reward for doing these, they’re a bit pointless. 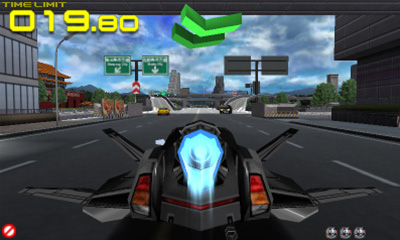 Bargain bin fodder through and through, Crash City Mayhem is the type of experience that only those who like playing the same game five times (literally) will enjoy. It’s light on real missions, creativity and production values. The driving mechanics are enjoyable, but having to complete uninspired missions over and over makes it one of the most tedious games of the year. There’s certainly worse driving games on the platform, but it’s hard to find a reason why anybody would want to play this revival of a dormant series that was mediocre to begin with and is even weaker over a decade later.