If there’s one area where Nintendo has been lacking, it’s indie development. While the studio has made efforts the past year to secure indie talent on both Wii U and 3DS, there’s still a noticeable lack of it in comparison to the Xbox 360 or PS3. It seems like Nintendo may be increasing their efforts, however, with Construct 2 developer Scirra stating that they’ve been contacted by Nintendo in regards to Web Framework: 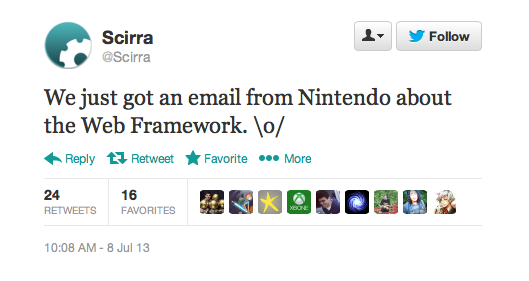 Construct 2 is an HTML5 based game editor that allows non-programmers to create games in an easy-to-use platform (think a deeper version of Game Maker). Launched in January on Steam, adding the software on Nintendo’s platforms would open the door for tons of upstart indie developers to get their creations on the platform.