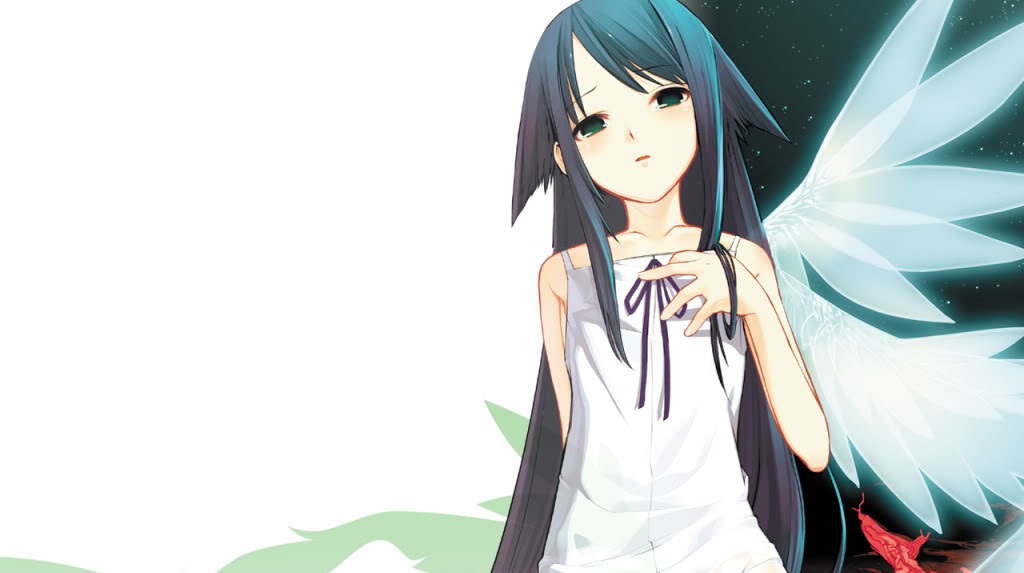 In a word, Saya no Uta — The Song of Saya is insane. We’re not just talking typical insanity here, though; this is out and out, someone-call-the-mobile-crisis-unit-and-have-a-doctor-issue-a-72-hour-inpatient-psychiatric-hospitalization-hold kind of crazy. It is a game where the proverbial gloves come off, and players are hit with a dose of gruesome horror-fiction. But is the title worth more than simple shock value?

By this point, those who follow visual novels in the slightest probably already know the tale being told here or at least have a rough understanding of the synopsis. For the sake of providing a fairly spoiler-free review, and for those that aren’t on the up-and-up, we’ll quickly highlight the plot in vague generalities. The Song of Saya’s primary character Fuminori, a med-school student, has recently lost his parents in a fatal car accident. Incidentally, he was a passenger in the wreck and hasn’t come out of the situation unscathed himself. In fact, the crash has rendered him on the brink of death and required doctors to perform an immediate, but experimental, brain surgery. While the procedure goes well enough, at least on the surface, all is not right when they close up Fuminori’s skull. As a result of the invasive operation, our hero has had permanent damage done to his neurological system, effectively altering his perception of the world around him.

So what has happened exactly? Well our good dude now has been cursed with the seeing the world through gore-tinted glasses. Walls are covered in heinous entrails; people are no longer their human selves, instead giant blobs of grotesque flesh that are contorted and vomit-inducing in appearance, and speak in indescribably sickening tones that are part animal-being-slaughtered and part demon. While they are not actually like this, to Fuminori they are. This warped view of the world he’s been left with has made life incredibly difficult to adjust to post-car accident, although he hasn’t told anyone of these bizarre side effects. Instead, he bears the burden alone…until he meets a young girl gallivanting through the dark hallways of the hospital’s psychiatric ward. Her name? Saya. She gets her rocks off scaring the other mentally ill patients, but is intrigued by Fuminori after he says he doesn’t find her very frightening at all. In actuality, for Fuminori, Saya is the only person he sees as an actual human. Much to his delight, he befriends the gal and she eventually moves in with him. Disregarding the fact that the two are obviously moving way too fast for any relationship to have long-term sustainability, they immediately get along as they share many commonalities. As such, our boy begins to fall in love with the enigmatic Saya and thus their twisted story of love unfolds.

Saya no Uta’s story is so much more than its strange premise, though. For starters, it’s not for the faint of heart. Truthfully, I had to turn the game off at one point because the graphic imagery and the implications of what was happening were so unsettling that I just couldn’t take it all in any longer. I felt tense, sick to my stomach and damn near offended. And yet, when I walked away from the computer, it was the only thing on my mind for the next several hours that I didn’t play. Meaning to say, the story is dark and out-of-its-mind bonkers, but also compelling in every conceivable way.

Characters are extremely diverse and well-developed with fully detailed histories and personalities to boot; their interactions also perfectly refined making each scene a delight to watch. This is further compounded by the notion that the narrative isn’t afraid to do exactly what you don’t expect or even want it to do. It’s sort of the George R. R. Martin of visual novels in that it’s unafraid to make you squeamish and curse aloud when a character gets killed off that you didn’t want to see die. So be prepared to watch the cast get axed slowly but surely. As implied, this is a horror-romance game, if such a thing even exists. There’s plenty of death, the eating of bodies, intestines strewn against walls, threesomes, a budding romance and more weird shit that is both appalling and pretty damn awesome. The truth is, The Song of Saya is a visual novel with some of the strongest characters and writing around.

The fact that the experience is never tarnished by a poor translation is a breath of fresh air, too. Far too many visual novels never hit the high notes they’re intended to merely because of a shoddy “Engrish” localization. There’s hardly ever an instance (actually, I can’t even recall a single time) when a grammatical error or spelling mistake was recognized. The level of editorial sophistication and overall sharp writing just adds to the enjoyment that comes from the engaging, clever dialog.

There isn’t much in the way of interaction with Saya no Uta, it should be said. While many of VN’s will employ minor gameplay mechanics, Saya uses none. In fact, there’s only a single occasion in which players will have to make a choice. Other than that, the experience is fully linear. That shouldn’t be taken as a negative, however, as the linearity allows for a tight, well-paced story to be told. Fortunately, the one choice comes at the end of the game, and it’s in this decision that the ending is decided. In total, there are three endings, but even with a triangle of ways to wrap up the story, Uta isn’t a particularly long game. To get all three, players can expect to put in about 7-8 hours, and only 5-6 for a single playthrough. But really, less is more with The Song of Saya, as the notion of quality over quantity is clearly the focus of the experience.

Outside of the wonderful writing and bat-shit crazy narrative, The Song of Saya is also quite the looker. While it doesn’t compare to the newest release of If My Heart Had Wings, it’s still an attractive game with interesting character designs and vivid environments. The best part of this is the fact that backdrops are not used repetitively like in many other VNs, and the characters have a range of sketches allowing for unique portraits to convey scene-exclusive emotions. This is the bane of most visual novels’ existences in that many of them will use the same static three or four portraits over the course of a 20 hour adventure; here, we easily get double that, in half the time, making them seem even less over-used. And it’s really the tremendous, vivacious artwork that makes the excursion so unnerving. Scenes that involve hallways decorated with the most disgusting parts of a torn-apart human are expertly detailed (we guess anyway, as we’ve never seen a spleen stuck to a ceiling in real life), bringing to life the horror that our main character has to see every single day. As a result of this great art the player is able to almost empathize so much with Fuminori, despite his being an ass for most of the game. Bearing witness to the gross, discomforting images makes the player truly feel the anguish of Fuminori’s terrible condition.

In addition, the soundtrack to The Song of Saya plays an integral role in how it is experienced. Sound effects accentuate the repulsive sounds of human flesh being torn into, while the haunting hymns are enough to produce goose bumps. In almost all of the song tracks, there’s a deep sense of sorrow heard in the silky smooth flow of lamenting instruments that play with clarity and meticulous precision. The OST makes the entire ordeal all the more oppressive and disconcerting, making tense moments all the tenser and tragic incidents all the more heartbreaking.

If Saya no Uta has any drawbacks it’s in its tendency to tackle hot-button topics that are sure to make some players totally uncomfortable. There’s rape, pedophilia, cannibalism, murder and hardcore sex scenes just to name a few. While the sex can be censored, the rest, and the other topics we didn’t mention, can’t. Therefore, the prudish and easily nauseated will be put-off — that much is certain. Sometimes these things feel hamfisted and only included for the shock factor, which is a shame as the game doesn’t need that to be great. Thankfully, most of the time, when these subjects are explored, it’s done so in a way that’s conducive to moving the overall narrative forward. 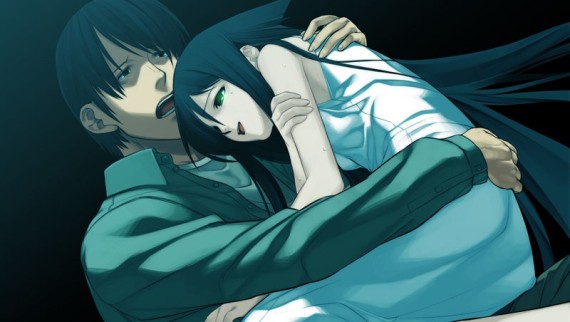 In the end, Saya no Uta — The Song of Saya is one fucked up game. It takes on just about every taboo out there, and does so unapologetically. As a result, some players won’t get into it; but we feel bad for anyone who decides to pass it up, because missing out on this game should be damn near criminal. Flat out, this is quite possibly one of the best visual novels of the past decade. It’s heart-felt, gripping and utterly bizarre in the greatest of ways. Underneath all of the gore and sex, there’s an important message to be told: it’s one of trying to understand ourselves, our place in this world. The Song of Saya needs to be played by every single person who likes visual novels, and more importantly, should at the very least be recognized by those who aren’t familiar or even into the genre. It’s the Final Fantasy VII of visual novels: a staple, a benchmark, an ode to all other games of its kind — those that have come before it, and those that will surely follow in its footsteps.