The latest expansion to Civilization V, Brave New World, was released last week. It seeks to augment the game through additional mechanics, most notably tourism and trade routes, additional civilizations, most notably Venice, as well as some additional wonders and units for good measure. In this review, we will discuss BNW and talk about Civ 5 on the whole. 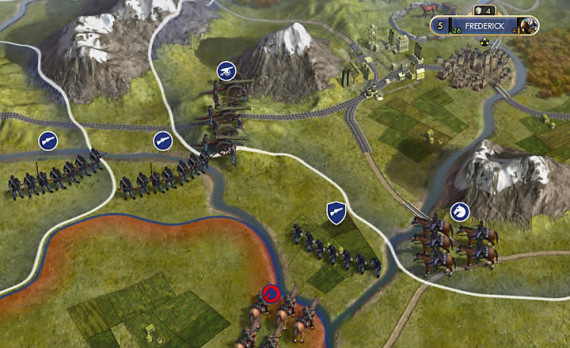 Brave New World adds some very interesting mechanics to the game and adjusts/enhances many others. Cultural Victories are no longer a matter of having a small number of cities and clicking the next turn button until you’ve generated enough culture. Culture is now defense against “tourism,” one of the new mechanics in BNW. You win a cultural victory when your tourism with every civ eclipses their culture. Gaining tourism is done in the usual fashion (wonders, buildings, great people) with the exception of the new archaeologist unit which can dig on “antiquity sites” and return tourism generating artifacts to your civilization, potentially causing diplomatic problems if you dig on another civ’s territory. I played a tourism focused game as Brazil since they feature some tourism related bonuses, and had a good deal of fun winning a cultural victory for the first time in Civ 5.

Trade is the most interesting new mechanic in the game and I would highly recommend playing a game as Venice to take full advantage of this new mechanic and have, thanks to Venice’s highly original super-city-state status, one of the most intriguing games of Civ you’ve ever played. “Trade” involves having sufficient technology and building trade ships and caravans who you assign a trade route between one of your cities and a city state or other civ’s city. What makes trade such an interesting new mechanic is that it incorporates scientific and religious exchange, as well as just generating gold. Because of these three different facets, deciding on trade routes allows for a huge new dimension in strategy. Do I trade with my militaristic neighbor? I want to generate gold per turn for myself and convert his cities to my religion, but I don’t want to give him a science boost or give him additional gold per turn.

The “World Congress” (United Nations) mechanics have also been adjusted. The most interesting additions are world projects, such as the International Space Station, which give bonuses to civs based on how much production they contributed to the project. I was also intrigued by how my actions in the World Congress affected my relationships with other civs. In every game I played that made it into the modern era, the World Congress played a significant role in the end game, if just to strengthen alliances with some civs due to our similar endgame interests and turn some of my rivalries into outright wars due to conflicting endgame interests.

The last major change to note is the introduction of “ideologies” which replace policies in the industrial and post industrial ages. “Ideologies” give some worthwhile and creative bonuses and are worth exploring, but they are just special policy trees. There are, of course, several new civs, all of which are worth playing (especially Venice and the Zulu), but I have yet to find a boring civ in Civ V or any of the expansions as they all have bonuses that make for a unique gameplay experience.

The State of Civ 5

When Civ 5 came out, I was still playing Civilization IV: Beyond the Sword. While I liked the hex grid and warmed to the new one unit per tile restriction, the game felt rather bare boned and I stopped playing in favor of Beyond the Sword. I was also hugely disappointed by the lack of hotseat mode, which, as the sort of nerd who has other nerdy friends, is rather important to me.

Three years, two expansions and eleven pieces of DLC later, Civ V has a hotseat mode and is absolutely packed full of content, maybe more so than Beyond the Sword. Unfortunately, we had to wait quite a long time for all of this content, portioned out to us in bite sized pieces of DLC. The total cost of all of this awesomeness, unless of course you waited and purchased all of this content when it was marked down 50-75% on Steam, would have been close to $170. This makes the complete experience of playing the latest installment of this storied franchise the most expensive yet. While Civ V is certainly worth playing, its high cost makes me wonder if they were holding back in the first release or kept content out of the expansions in order to keep the money flowing in.

Civilization, in its many iterations, has taught me about history and inspired me to look ahead and think about the future. Participating in the story and seeing what could have been is a healthy and exciting method of exploring history that I would highly recommend to anybody old enough to read. Yet, while I enjoy the ancient and classical periods, the future periods are really what I play for and I would like to see the franchise be able to imagine a future for mankind that’s a little deeper than the emergence of “Giant Death Robots.” Nevertheless, I thoroughly enjoyed playing Brave New World and would recommend it to anybody either currently playing Civ V or who’d like to play it again.