By now, you probably have known how much I literally fangirl’d over the announcement Capcom made about finally updating the entire infrastructure Super Street Fighter 4: Arcade Edition. You probably already know how much I couldn’t stop jumping down at the news of the update known as Ultra Street Fighter 4 and how it will include new stages, tweaks in the fighting mechanics and five new characters including Rolento, Elena, Poison and Hugo ready to jump into the fray.

But, I’m not all the way happy. The last fighter hasn’t been announced yet, and won’t be until Capcom starts hosting some demo playing sessions for big time players—y’know, like the ones many saw kick ass in this year’s EVO 2013 fighting game tournament.

We are only left with one, important clue: this new fighter has never been in a Street Fighter game before. Ever.

With that little information now in my mind, I’ve formulated some character possibilities that basically fit these parameters. Feast your eyes, Street Fighter fans, on my top ten characters that should be the fifth mystery character. 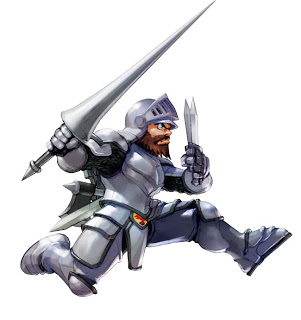 It always amused me that a guy who gets struck once by a zombie or an ogre becomes further subdued to both losing his armor and continuing his journey in brown fancy-shmancy boxers (which later became cute little heart-shaped trousers in Ghoulsn’Ghosts). As hard as the game was, Sir Arthur became one of those heroes that reinforced our level of attention and hard work in games. Having had a few clashes in Ultimate Marvel vs. Capcom 3, Arthur should fare well against opponents in Ultra Street Fighter 4, javelin and all. 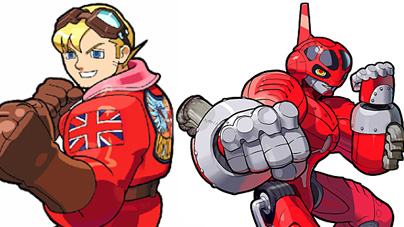 In the jewel infested party fighting game known as Power Stone, Edward Falcon is a pilot whose power up ability gives him Iron-Man like armor and missiles. A striking resemblance to Roll from Mega Man and with an uppercut seemingly familiar to Ken Master’s special, he’s an excellent pound for pound boxer on stand alone basis. This is actually great considering USF4’s roster already having Balrog and Dudley as in-ring brawlers. If his ultra comes compounded with Power Stone’s famous giant Gatling gun, then Falcon will surely be a force to be reckoned with. 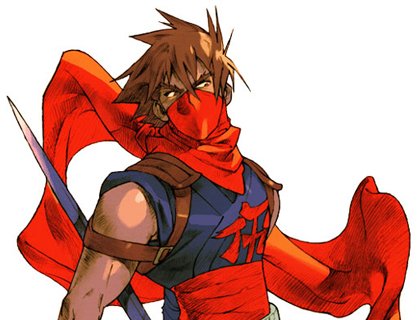 He doesn’t need an introduction nor an explanation, and his resume of having had his fair share of Ultimate Marvel vs Capcom bouts is paramount. The fast-paced attributes of Strider and Strider 2 should translate fairly well into USF4’s game engine as it would possibly give the purple-suit wearing ninja the speed advantage over characters like Ibuki and Guy. Just like his assets in the mash up fighting games, Strider would also be a very good character for spacing with his striking sword attacks, a key feature that would give the upper advantage against charge characters—I’m looking at you Guile, you cheap bastard!

To be perfectly clear, this doesn’t speak on the spikey-haired DmC: Devil May Cry version of Dante. That one blew chunks. White hair, red trench coat and a bad ass, the don’t-give-a-damn attitude that comes with the package of Dante should indefinitely be in a Street Fighter series at least once. Yes, we know that having a sword, two pistols and an undeniable amount of power that boost in strength may be a bit overreaching in the roster, but c’mon.

Dante has fought plenty of bigger baddies before, he’ll fit fine with fighters who can stretch their limbs a mile long and shoot fireball projectiles.

As the best Erroist known to mankind, Nilin would be a great addition to the female aspect of the roster, especially considering Elena having been added as well. In Remember Me, players had the ability to change up her fighting style however they liked when handling some of her forgotten fighting moves that were erased from memory. With those memories now conquered, it’ll be interesting to see how her fighting moves would fare in USF4. 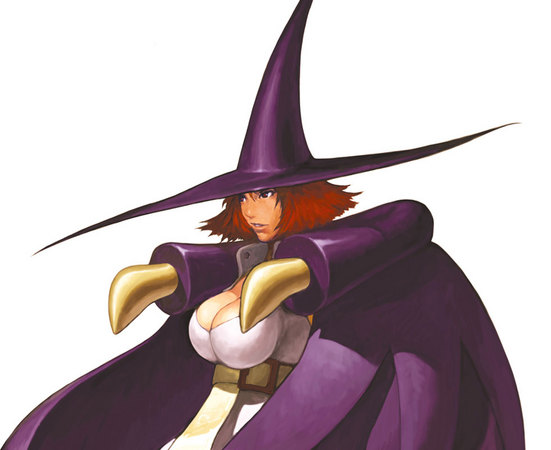 She may be the furthest from the front of Capcom’s creative minds, but it’s worth noting that this purple witchlady—er, I’m sorry—sorcerologist has had her fair share of cameo appearances, the most notable being Pocket Fighter and SNK vs. Capcom: SvC Chaos.

She’s essentially an interesting variant of Rose, one who delves deeply in magic and can pretty much read the motives of nearly all her opponents just by looking at them. Tessa would not only offer another rival for Rose to put on her hit list, but she would also offer great depth in the Street Fighter storyline as she seems to be the kind of fighter who has been around Ryu and company all along. However, with USF4 now ready to take the series to the next level, it’ll be quite intriguing to see if Capcom could hold her to any significance that deepens and expands on overarching story lines.

This one is actually a personal favorite. As an avid WWE/WCW fan, playing Saturday Night Slam Masters and has had such a huge respect for Street Fighter II: The World Warrior, this game had an assortment of characters that definitely played well to the characters featured on Capcom’s flagship fighting game.

Although he shares a name with another demonic Street Fighter, The Great Oni got a big pop from me. Straight from Japan, the lavish and high-flying combatant sported a pink, Kabuki-like hair as well as some menacing face paint. The guy was ripped and could move around too, and even took some one-off moves from Ryu and Ken with his spinning air kicks.

Street Fighter is in need for one more wrestler to join the fray of Zangief, Hakan and El-Fuerte. Had Rainbow Mika met the requirements of not having been in a the Street Fighter series before, then should would have been placed here instead. However, nothing can deny The Great Oni from stepping into another realm of the USF4 engine. 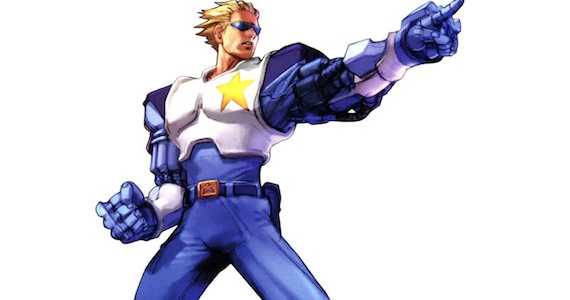 Ironically enough, many gamers’ exposure to Captain Commando’s self titled beat-em-up game didn’t really solidify his actual legacy, but rather his inclusion of his superb fighting style in Marvel Vs. Capcom: Clash of Super Heroes did. As the protector of Metro City and leader of the Commando Team, many of his technology-driven onslaught of attacks could prove to be a feat against C. Viper, as his display of such offense are quick and dominating. 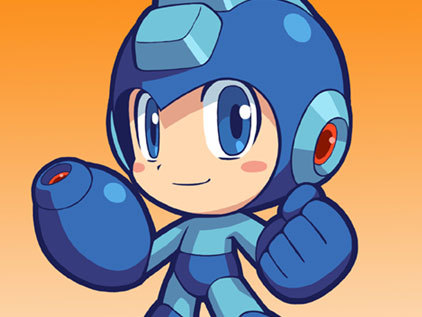 Technically, this one wouldn’t count due to Mega Man’s contribution to the PlayStation 3 version of Street Fighter X Tekken, but that the end result of the look and feel of the character was so grotesque that it became widely received as Capcom’s most ill-rooted joke of all time.

The real Mega Man, who is also known as Rockman in the land of the rising sun, is a lot more smaller, agile, petite and packs a much more powerful punch in his beam cannon. Loyal fans have known the character to span throughout countless original platform games, spinoffs, role-playing adventure and even through cameo appearances for about 25 years now, so adding the blue powerhouse to the Street Fighter roster is only necessary. His moveset would resemble greatly to his Marvel Vs. Capcom counterpart and will also definitely prove to be a challenge for other veteran fighters of the game.

Now I know what people may say in response to including this character, citing that he’s already “booked” to appear in the roster for the next Super Smash Bros. game and trying to add him onto another game would likely cause some licensing issues. Capcom should, however, work to pull this off if they are seriously planning to include Dr. Wily’s arch nemesis.

Simply put, Mega Man not being included in USF4 is almost a felony. 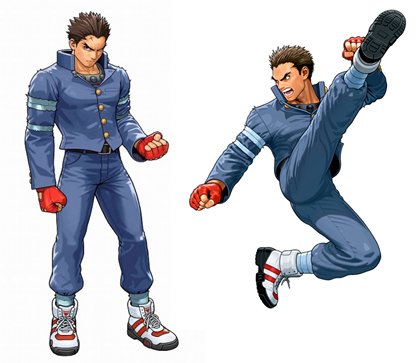 Rival Schools and Project Justice were underrated gems during the era of the PlayStation and Sony Dreamcast, and while it didn’t have such a heavy following as other fighters, it still managed to deliver great tag-team co-op gameplay, an impeccable storyline and memorable characters that many High-School students can relate to due to each belonging to a certain school and class type.

Batsu was the hot-tempered fighter who usually faired well during combat. Minus the family issues that he encountered in both games, he’s an all around fighter who utilizes his diving “Shooting Star Kick” and “Super Guts Bullet” against his enemies, making him a worthy opponent for the likes of Ryu and Akuma.

His look needs to change though, or at least it needs to be polished. I’ve never been a fan of the bare blue jumpsuit connected with his red handgloves and sporty red-white sneakers. If Capcom is seriously going to usher in this fighter, he needs a more convincing look of a hot-tempered transfer student.