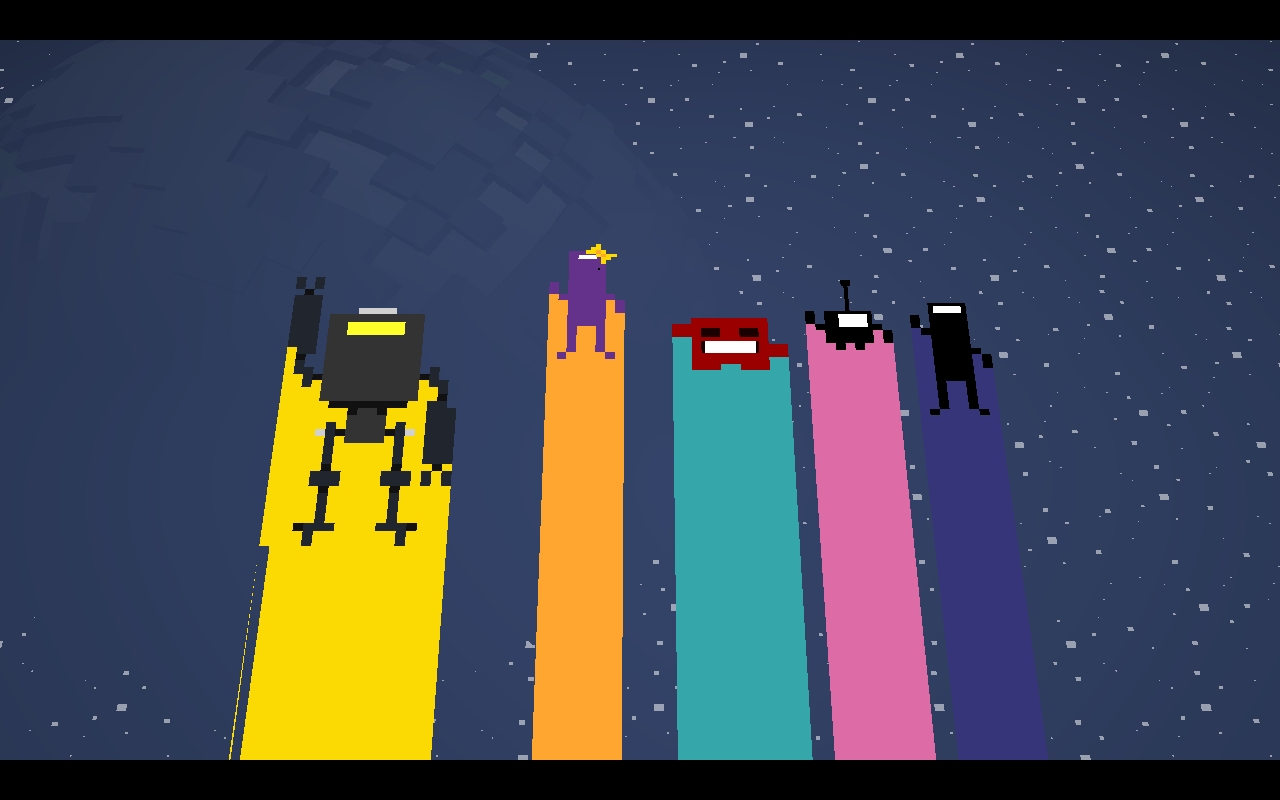 BIT.TRIP FATE hit the WiiWare service a few years ago, and like the other BIT.TRIP titles, offered up a retro-inspired killer app for the service and the Wii as a whole. Unlike Runner, or the more strange Void, Fate was a hectic on-rails/bullet hell shooter that tested your skills within seconds. After the WiiWare release, all of the games hit the Wii and 3DS in a collection set. While I haven’t played the 3DS version, the Wii version used the pointer to aim at enemies and with that gone on the PC, it would be interesting to see how the game worked without that functionality on a 360 pad and how well a keyboard and mouse setup could replicate it.

Using the 360 pad, the pointer is only used for menus with the basic game going from pointer-based to a twin stick shooter. Mouse control brings the pointer back for core gameplay and works fairly well as a substitute. Generally speaking, you’ve got more accuracy using the mouse to point and the left button to shoot. A and D move you around the rails, and as long as you did fairly well in high school typing classes, you’ll have no trouble using them to move. As someone who is more comfortable using a 360 pad, I found the transition from a precision-based shooter to a twin stick shooter to be pretty smooth thanks to responsive controls.

With that setup, you use the left stick to move around – which feels more natural and the right stick is used to shoot streams of bullets in eight directions. This results in your aim being quite a bit less accurate, but still allows you to go through provided you proceed with caution and learn from your mistakes. Not doing so means that you’ll become a bullet sponge that loses power when you get near death, giving you very little hope to survive unless you find a power-up. Like more traditional shooters, a power-up can grand you a spread-shot, lasers, or even something that looks like the enormous quad-laser from Aqua Teen Hunger Force. However in BIT.TRIP FATE, instead of just getting a little icon next to you, you get an indie gaming character. If you’ve ever wanted to shoot up bad guys with the aid of Super Meat Boy, this is the game for you. 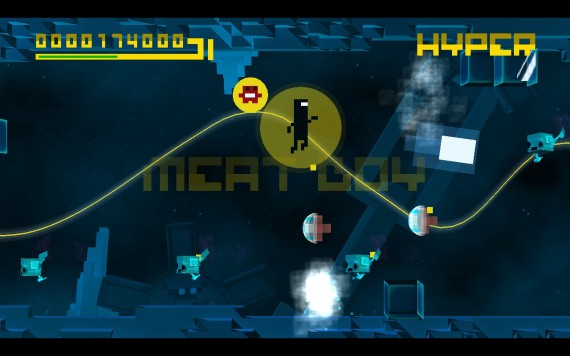 FATE has a bit of a learning curve to it, but after several dozen deaths, you’ll get used to a shooter where you need to take your time and avoid rushing. Paying attention to your position on the rail is a key to survival, as it’s easy to be tempted to rush to the right as soon as possible. However, doing that may put you too close to enemies and leave you without the time needed to beat them. Hanging back lets you scope out what’s coming up, beat some enemies, collect health, and give yourself as much security as possible against the seemingly endless waves you’ll encounter.

Visually, the game’s retro design worked well on the Wii as did the 480p limitation. Now on PC, with higher resolutions, that retro design looks even better with sharper graphics. The pixel art design for Commander Video and the bullets makes it much easier to tell how far you are in relation to them. The power-ups make that a little tougher since they add to the chaos, but their additional firepower makes it easier to get past enemies — so it balances out.

Shooters rely on smooth play to work well and FATE’s lack of slowdown ensures that you’ll never be able to blame technical problems for your own failures. FATE doesn’t have many visual flourishes, but its graphical design is pleasing to the eye and melds early ’80s designs with more modern color depth nicely. The chiptune soundtrack is enjoyable and like the other Bit.Trip games, meshes with the sound effects wonderfully. Each enemy kill adds a beat to the soundtrack and the end result is music that sounds incomplete without enemy death accompanying it. 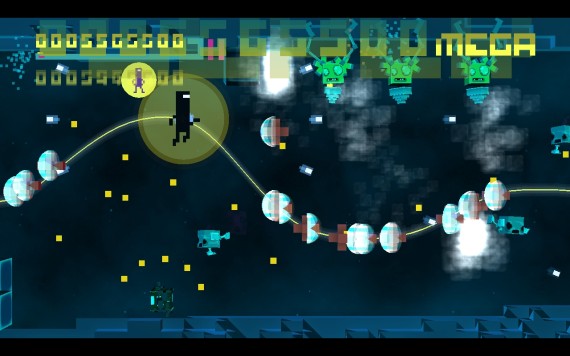 BIT.TRIP FATE was a must-have on the Wii and remains so on the PC. While existing players may not have an immediate need to upgrade, they should definitely do so when it’s on sale. Those new to the experience should check it out as soon as possible if the idea of a 2D on-rails bullet hell shooter appeals to them. Whether you play with the keyboard/mouse setup or use a 360 pad, you’ll get solid controls. It’s a challenging, but rewarding game and its surreal audio/visual combination will be stuck in your head for quite some time.