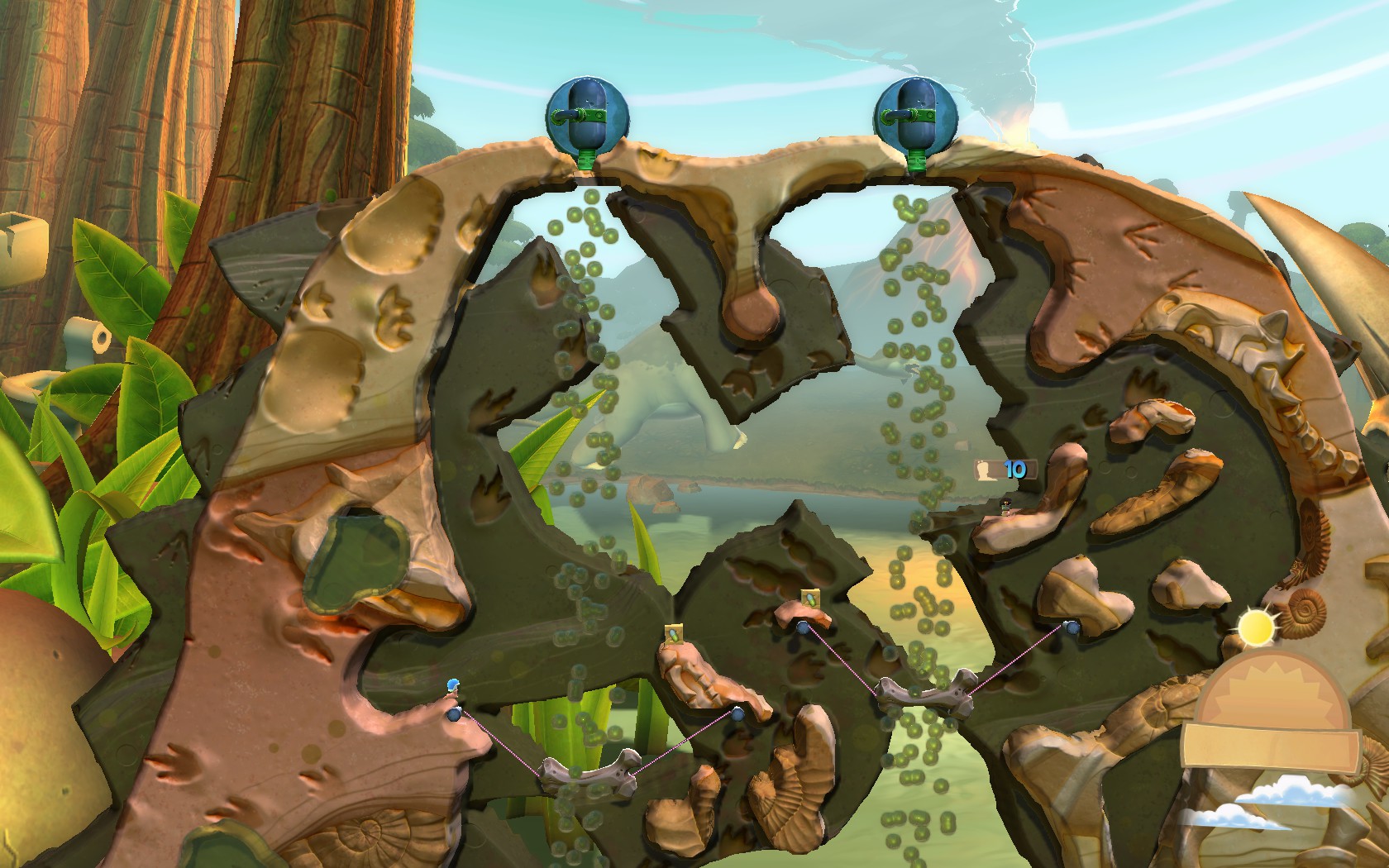 The Worms series is a long-running, and storied one. For the past eighteen years, the games starring cutely-rendered invertebrates have been released at an almost annual rate. But over the years, the games’ formula hasn’t evolved dramatically. That is, until last year’s Worms: Revolution. Revolution added real-time liquid simulation and four different classes of worm to the already hectic sprawl. It’s also largely known as the most evolutionary entry in the series, adding new life to what some might call a stagnant property; but can this year’s Worms: Clan Wars stand up to it?

The most noteworthy addition to the series is a fully-voiced narrative. It opens up with a quick briefing from your employer, a woman with an English accent who is clearly doing her best Lara Croft imitation. You discover she is trying to obtain a valuable artifact, and fully intends to sell it for some quick money. So you, of course, agree to help out. The story doesn’t really take any interesting turns, and has an annoying amount of recurring beats. That said, the English woman’s dialog can be pretty funny at times, and although the game never made me burst out laughing, there would sometimes be a clever play on words that would cause me to just smile dumbly. The dialog may have never made me guffaw, but at least it was never cringe-inducing. Go in expecting writing about on-par with most children’s cartoons in the early ninetys and your expectations will likely be met. 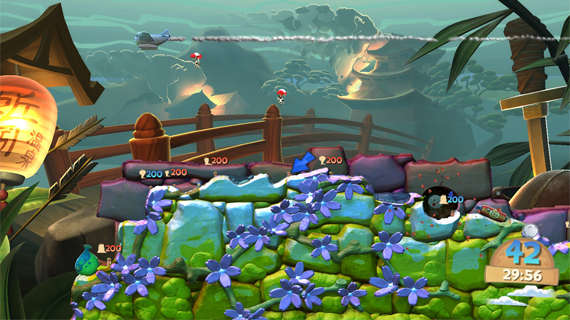 The only true downside to the Story Mode is that it’s pretty difficult, even for someone who has a history with Worms games. Some levels almost took me a full hour to beat, mostly because the game’s checkpoint system is less than generous. In addition to that, some sections of the game expected me to just figure out certain mechanics that hadn’t previously been implemented, or presented. For instance — there was one point in the story where to solve a puzzle I had had to preform a double-jump and use the game’s Shoryuken move consecutively to hit something that was higher than my worm could normally reach. That might seem simple, but to use most every other weapon in the game you have to be standing completely still. Finding out you could jump and Shoryuken at the same time was quite a surprise to me. Question my ineptitude if you’d like, but I feel like the move should have been taught in an earlier part in the game, rather than just thrown-in half-way through. There are several occurrences like this where I became stuck because of a lack of direction; luckily, no other parts left me stumped for quite as long as the one described.

Thankfully, that’s pretty much where the bad stops in Worms: Clan Wars, assuming you have enjoyed prior entries in the series. Along with some paltry tweaks to each class’ abilities, a clan system has been added to the game’s multiplayer offering. I didn’t get much of a chance to toy around with it, as there is no one to play the game with at this time, but there are some nifty features like a clan emblem editor.

Even though there have been some small tweaks and additions, the best news is really that all of the greatest things from Worms: Revolution have successfully made their way into Clan Wars. The real-time liquid still adds a great bit of fun to the mix, being able to wash away an enemy who clearly has the advantage with a well-placed shot at a container full of water has never been more satisfying. Also, the 3D engine that was introduced in Revolution looks better than ever, and the multiplayer, is, of course, stellar. Also, if the main story wasn’t hard enough for you, there’s a brand new “Worm Ops” mode that features increasingly difficult missions. On top of that, you’re given a star-rating for each one of these missions you complete. The mode also has its own leaderboards, so you look how poor you are at the game when compared to the best in the world. 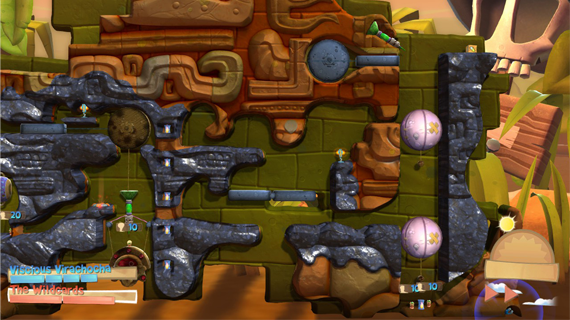 Clan Wars might not offer a terribly different experience to Worms fans, but it does have some great additions that are wholly welcomed — even if they aren’t without their issues. Fans of the series who aren’t yet tired of its tried and true trajectory-based combat likely wont find much to complain about here. Clan Wars is a worthy entry in the series, but even then, it’s good to hear that Team 17 is leaving the series alone for a while to work on something new.