Although it may have been some time since we sat in a school classroom, we likely all remember the “weird kids”. Heck, maybe we were them! In any case, school is always an intriguing environment for studying social stratification. No matter what, people will do their best to avoid the weird kids, lest they be considered weird themselves. That’s why when Mysterious Girlfriend X begins that lead character Akira does not even consider interacting with strange transfer student Mikoto. Of course, once he does he is led into a whole world of weird new experiences. 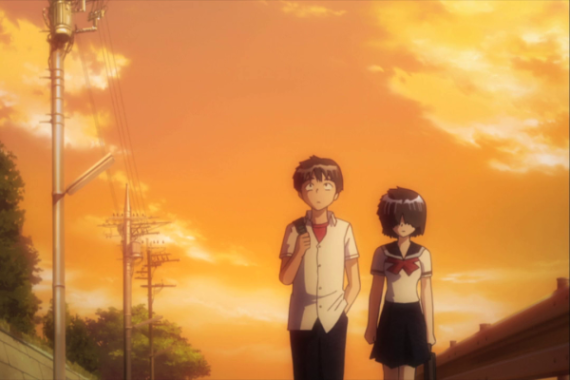 Mysterious Girl X is a 13 episode series based off the manga of the same name by Riichi Ueshiba. It focuses on teenage Akira Tsubaki who finds himself inexplicably drawn to a new student. Mikoto Urabe, said transfer student, is definitely peculiar. On the first day of class she bursts into spontaneous laughter which cements her position as class oddball. Of course, she furthers this perception when all she does during lunch is sleep. She even rejects the few kind girls who ask to eat with her! For whatever reason, Akira is intrigued.

And for apparently no reason at all, he becomes a far worse weirdo when he decides to taste the puddle of drool left on her desk after class. From that point on he finds himself dreaming of this mysterious young woman and needing to be with her. Mikoto is aware of this and informs Akira that for whatever reason her emotional connections to people are forged through saliva. As such, when Akira tasted her spit, he started a bond between the two that can’t be broken.

As gross as it sounds, things start to become more sensible as time goes on. The two begin dating and make exchanging saliva a daily ritual. However, this isn’t done in the way you might expect from a boyfriend and girlfriend. The two never kiss. Instead, Mikoto simply transfers her saliva to Akira via her finger. It’s unorthodox and helps set up a large theme of the story. After all, as the two are both teenagers, there is an overarching tension between the two as to how far they want to go in their relationship.

If you ignore all the ridiculous stuff about feeling emotions via someone’s drool, the story is actually a very heartfelt romance. The story is put together in such a way that you can’t help but empathize with the two. They are just teenagers going through all the host of craziness that comes with the age. Both are confused and exploratory as well as shy about actually talking to each other about what matters most. It feels like a very genuine tale about teenage sexuality and manages to showcase the chaos of it in an interesting way.

There are many points in the story where viewers will really feel for the young couple. Many external challenges come their way but they are able to weather them. Of course, issues also arise between the two such as Akira’s hope of becoming ever more romantic with Mikoto. This proves to be one of the saddest themes in the anime as it feels very true to relationships. Akira wants to please Mikoto, but also his own desires, and struggles with this throughout. He also turns out to be a pretty good role model which teenagers viewers should see.

The biggest hurdle Mysterious Girlfriend X has is its ridiculous premise. If it weren’t for that, it would be an easy recommendation to almost anyone. However, because of the awkward concept, as well as fan service via Mikoto, it is a little more niche. For example, was there any reason to make Mikoto store her pair of scissors under her skirt? No — aside from allowing a few panty shots scattered throughout the episodes. Of course, her doing so is far less weird than the whole saliva thing. Still, if you can cast aside your reservations the themes in this show are just too good to ignore. 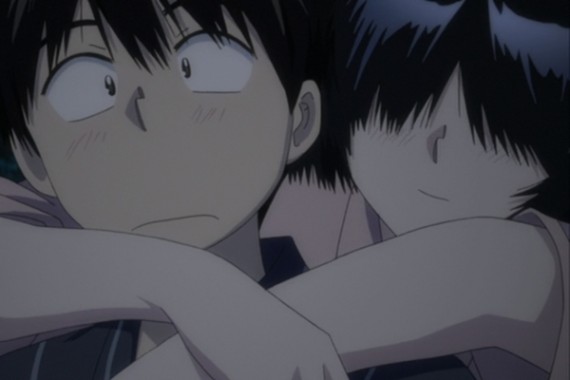 Although the anime may not stand up visually to the manga, it is still pretty attractive. Animation is fluid and characters all have their unique looks about them. Backgrounds also have a nice flourish about them. Interestingly, there is a slight style change about halfway through the episodes. The character visuals do not change but the way their clothes are colored does. It actually makes the style more attractive and its a shame the style wasn’t in use throughout the entire thirteen episode run.

As this is a semi-slice of life romance anime there is little focus on any special effects. You won’t see any fast cars, flying ships, or bloody fights here. However, you will see Mikoto doing some pretty ridiculous martial arts from time to time. These scenes are animated quite well and look like they could have been pulled out of some ninja anime instead! 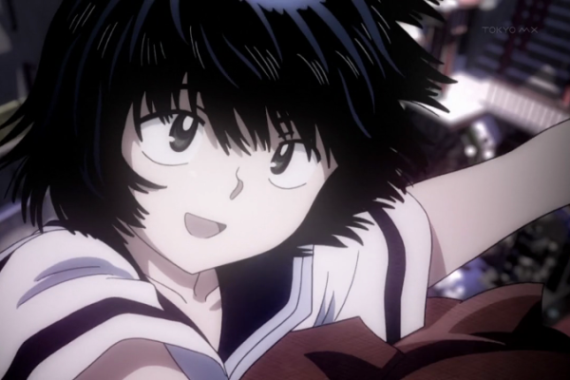 Mysterious Girlfriend X’s soundtrack is unique. Although the tracks are not completely out there, some are offbeat which really meshes with the storyline. For the most part though, tracks blend in nicely and don’t overpower scenes. As for the voice acting, the Blu-Ray includes both English and Japanese vocals. The English dub is well done, even if some may balk at Mikoto’s “emo” voice. It seems to serve her unusual character well! There are only a couple characters whose voices are a bit grating in English. If it really bothers you then just switch over to Japanese and enjoy those performances instead.

Unfortunately, there are minimal extras to be had on the Mysterious Girlfriend X Complete Collection Blu-Ray. Included on the second disc are things such as a creditless opening and ending animation, Japanese trailers and some ads for other anime available on disc. There is definitely nothing exciting on the extras which is quite a shame because the series deserves it. 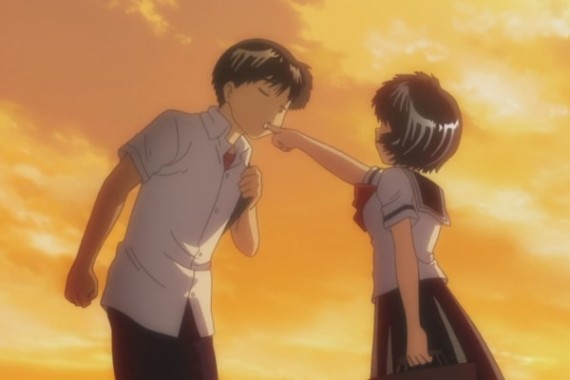 Those who have never watched this series will likely cast a wary glance at it. After all, every piece of media describing the story focuses on this weird bond of spit that Mikoto and Akira have. Of course, just focusing on that aspect fails at explaining the honest teenage romance tale that is presented. The story is far sweeter and revelatory than it appears to be. As long as you can look past the more ridiculous elements, Mysterious Girlfriend X is very much worth your time.