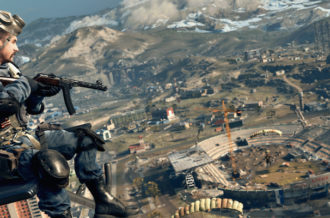 Rockstar Games has been teasing an online experience for Grand Theft Auto V for quite some time, but finally they have released significant details regarding the upcoming product. Instead of being a shoehorned multiplayer mode, this will be a huge, MMO-esque expansion that will have you earning money, joining gangs, investing in the stock market, and so much more.

A video detailing a lot of the different mechanics has also been released, giving us a look at the expansive world that pushes the current generation platforms well past their limits. If this doesn’t come to PC, it will be an absolute crime. Grand Theft Auto V will be out on PlayStation 3 and Xbox 360 September 17 worldwide with the Online mode being available October 1.