The sheer notion of turning the revealing of the multiplayer of a single game into a worldwide spectacle is astounding when you think about it. Not only did Activation present the event live to thousands of viewers online, but flew a select number of journalists out to L.A. to witness not only this presentation in person (maybe you can find me in the video, I’m the one trying to Shazam a then non-existent Eminem song), but get hands-on time with the multiplayer and spend all afternoon fragging and yelling expletives at people we had drinks and light banter with the night before. Thankfully, however, this was no mere “here’s a controller for fifteen minutes, now go stand back in line for three hours” type deal, but instead an accessible tent with multiple demo stations (running from either Xbox One consoles or a PC with that console’s controllers) that let us play to our heart’s content until the sun set. Instead of cutting out early to explore the city, we stayed at the event the entire day glued to our monitors breaking only to seek sustenance. Suffice to say, this is no mere article stemming from a ten-minute demo, but instead based from over five hours of gameplay and forty matches. 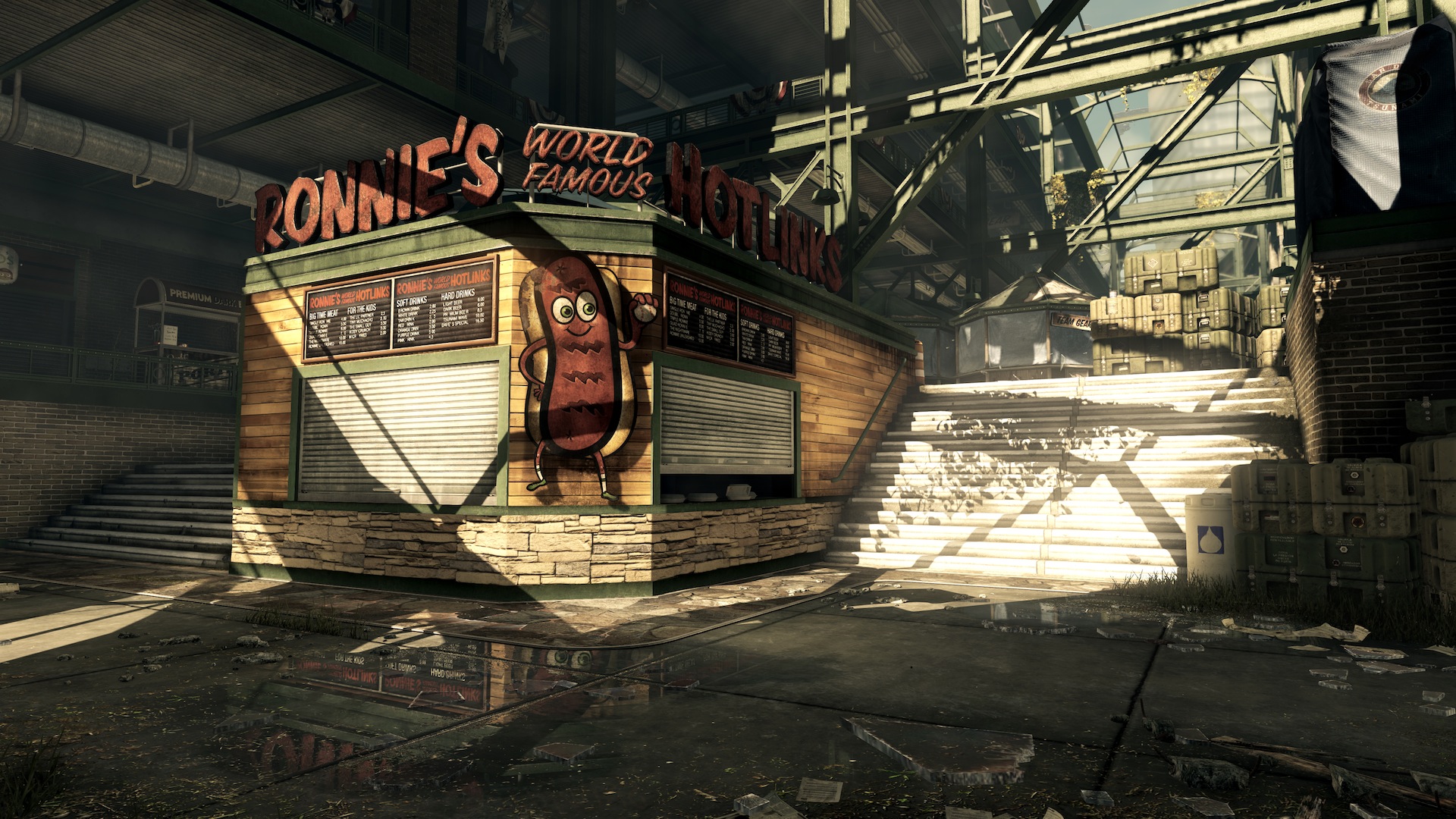 Of course, it speaks to Activision’s confidence in the game that they would allow us to play non-stop for so long, potentially finding game crashing bugs and spinning them into “the sky is falling” editorials. Truth be told, in the many matches we played, there were hardly any glitches encountered. Once or twice, a drop would end up falling on the roof of an inaccessible building, but that’s all our group encountered. Asking around after the event, the consensus seemed to be that the game was nearly (noticeable) glitch free. Often times during the demo, it didn’t feel like we were playing a pre-release build, but instead a product that had long been on shelves, battle-tested by experienced players. Three maps were available to play: Octane, Strikezone and Whiteout. Octane featured a section of a destroyed desert-based city, with a large street in the middle and, of course, a gas station. Lining each side of the streets are buildings that can be ventured into as well as multiple back alleys. Opposing players spawn on either side of the map, generally behind the buildings, and typically meet in the middle. What’s nice, though, is that this isn’t your typical “run out into the middle, get blown up and respawn” type of map, but instead promotes sneaking behind enemy lines and ambushing enemies inside of buildings.

Strikezone features multiple buildings surrounding a baseball stadium and certainly was the hardest map to fully get a grasp on due to its disjointed design (which is positive as it doesn’t seem to direct you any one way). The final map available, and my personal favorite, was Whiteout. Whiteout was certainly the largest map and took place in a rural snowy forest surrounded by an ocean. The map was a bit reminiscent of the best Socom has to offer not only due to its size, but because of the numerous hiding places and nooks and crannies you can slip your way into. It’s certainly the best choice for the more patient Call of Duty players. Of course, besides featuring all around great level design, the most notable feature about these maps is their inclusion of the series’ first dynamic map events. In Octane, for instance, the gas station in the map will suddenly explode and change how you look at the map now that there’s a smoldering 7/11 in the middle of it. These events were most notable in Strikezone, where the entire map literally explodes. After regaining your vision after a few seconds, nothing is how it was. It looks like how you’d expect buildings to look after a bomb went off, with destroyed walls, sides of buildings turned into corridors and an all around different experience. 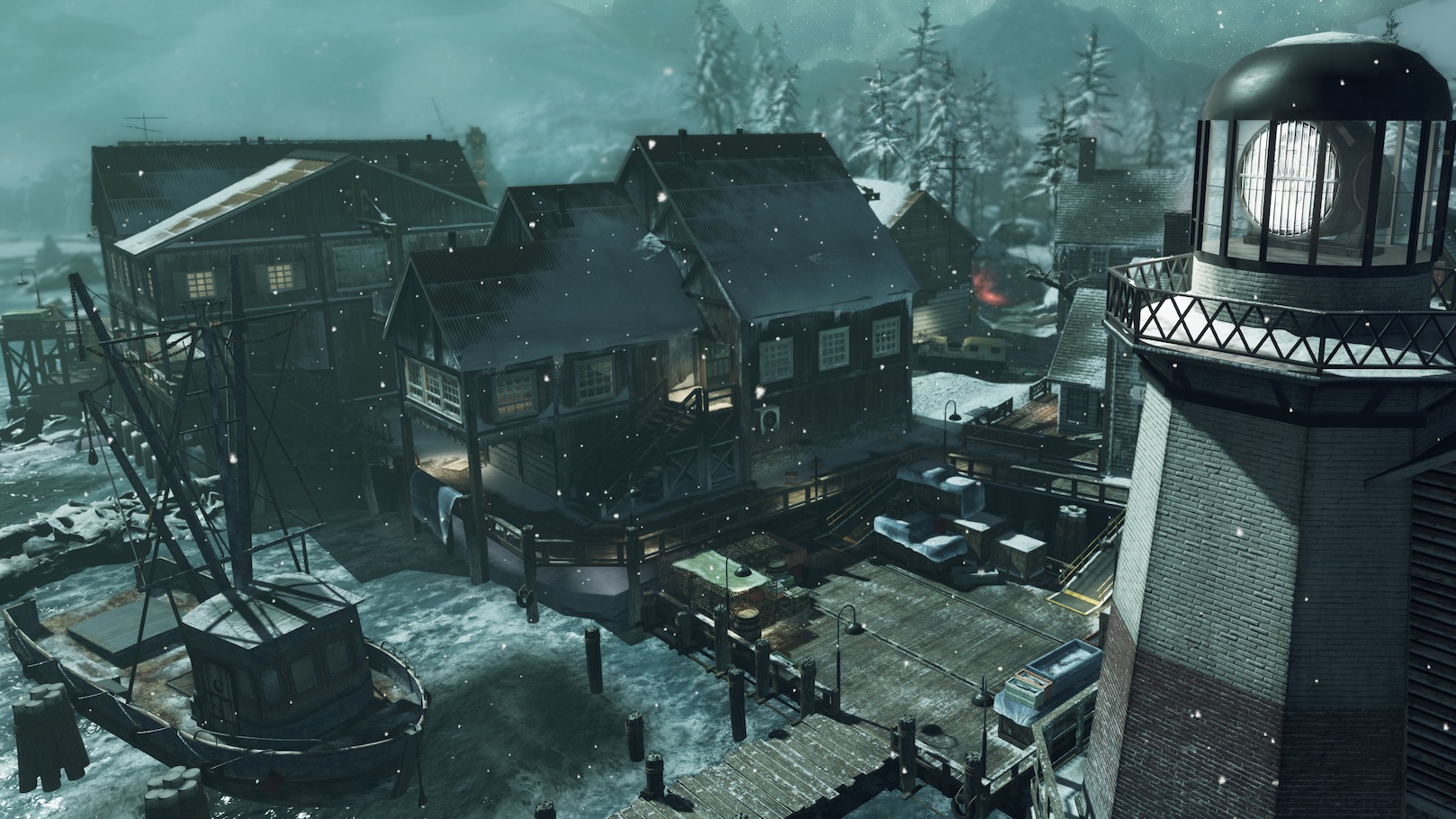 The most overhauled Call of Duty multiplayer since the original Modern Warfare, Ghosts features seven new game modes. We were able to experience a few of them, including Cranked and Search and Rescue. Squads was shown off at the event, but due to its offline-centered gameplay, it was not playable. Cranked is certainly the premier new mode and for good reason — it’s damn cool . Basically, Cranked works much like Deathmatch with one big caveat — you explode if you don’t rack up enough kills. After killing another player, you become “Cranked” and a clock starts counting down from thirty seconds. If you fail to kill another player in this time, you explode. Yep, explode. While it’s rare for this to actually happen to do the frenetic nature of the mode, we tried it a few times for laughs and your character does indeed blow up in a rather large explosion. Killing someone before the clock strikes zero extends it back to thirty seconds. While on the surface this may not seem to be a huge addition to Deathmatch, knowing that you will explode if you don’t kill someone totally changes the dynamic of the game. Most importantly, it gets rid of campers and snipers and puts everyone on the map always searching for the next kill. Cranked is one of those simple ideas that upon experiencing, you won’t see the appeal of a vanilla deathmatch again. I remember once during our session when a Deathmatch map came up, someone exclaimed “Why don’t we just play Cranked again?!”