Rieze Maxia is on the brink of war, a weapon of mass destruction known as the Lance of Kresnik is absorbing the worlds spirits, and it’s up to a group of mismatched strangers to find a solution before it’s too late. Tales of Xillia — the thirteenth entry in the main Tales series — took Japan by storm in 2011, receiving praise for its story, characters, improved battle system and design. But was it worth the wait? The answer to that question is a resounding yes; Tales of Xillia stands as one of the best entries in the series to date.

If you’re familiar with the Tales franchise, you’ll feel right at home with all the new and returning features. While the template remains mostly unchanged, and all of the quintessential JRPG gears are in motion — the hesitantly brave ‘accidental’ hero, the hardened mercenary with a heart of gauld, the surprisingly eager child, and a slew of monsters ripped straight from the Japanese role-playing guide to crazy — you shouldn’t be fooled by the common genre trappings. Tales of Xillia is as lighthearted as it is overly dramatic, and it’s with such storytelling that it manages to escape the binding chains of ridiculously skimpy outfits, annoyingly-hyper talking stuffed animals, and other such tropes associated with the genre. 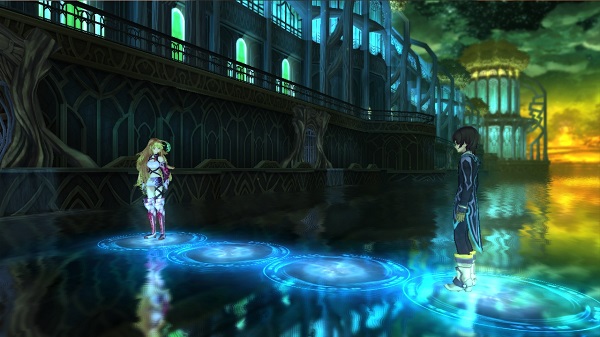 We begin our story with a choice: who will we lead on this epic journey? Will it be Jude Mathis, the teenage doctor with a desire to help, or Milla Maxwell, the supernatural being with a gorgeously stiff head of hair? That very first decision helps define things early on, as both protagonists are very different and will view the events from an entirely different perspective. Sub-events, the games version of side-quests will also differ depending on your initial selection, and entire sections of gameplay in which the characters are separated encourage multiple playthroughs if you want to see everything that the game has to offer. With each easily taking 35-40 hours to complete, Tales of Xillia is packed with content.

There’s a constant forward momentum to the story, neatly trimmed of fat and diced for easier digestion, making re-playability a charm rather than a chore. It wasn’t long before I found myself completely caught up in the characters and their interactions, most of which are optional and pop-up in comical portraits. They’ll argue, complain of hunger and even comment on your current financial situation, all complete with favorable voice acting from the entire cast. Most of the companions are likable, and come with their own set of problems and plot-points, giving all the more reason to watch every cutscene and conversation. Nearly every cutscene in the game is done so in-engine, which doesn’t really impress aesthetically, but relieves the game of any bothersome loading times in between events. However, the ones that are properly animated are wonderful, and while sparse — especially early in the game — are a welcome presence as the story approaches its conclusion. 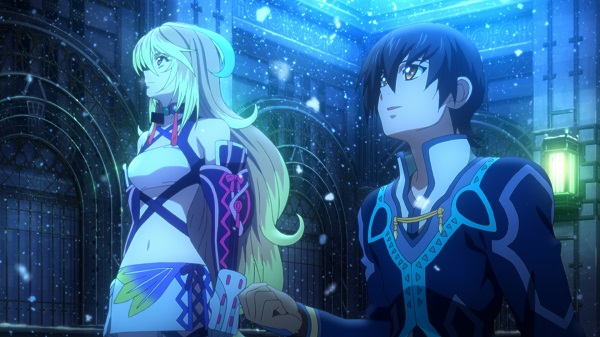 The true beauty of Xillia is its approach to the serious nature of its story. Sure, it’s a big deal to have a massive cannon of sorts threaten the world you’ve promised to protect, but that shouldn’t stop you from becoming a “true pinkist,” or even massaging an old mans beard strictly for relaxation purposes, should it? And such is the progression of the game, silly and enjoyable with some moments of genuine emotion; moments that humanize your companions, building a relationship you’ll be sad to walk away from. There may be a world at stake, but that doesn’t mean that friendship isn’t just as important, even if some motivations aren’t what they appear to be.

The story and characters aren’t the only shining stars in the Tales arsenal; after all, the series has always been known for its battle system. With most battles lasting little more than thirty seconds, there’s a level of fluidity rarely found in other JRPGs. With hundreds of possible combinations, moves can be executed with ease, utilizing nearly every input on the PlayStation controller with assigned Artes — the games form of special attacks. Freely running around the battlefield has never felt better, and stringing attacks is as fun as imaginable, making this one of the best battle systems in any JRPG game. 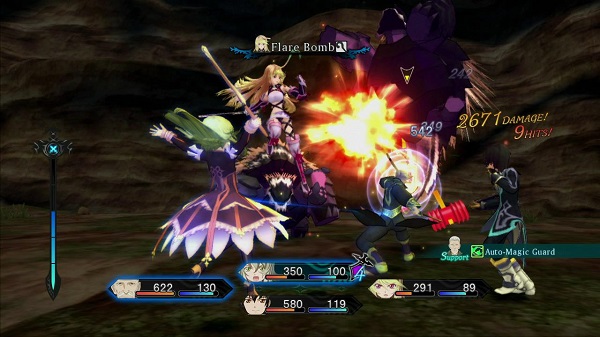 New to the series is the ability to Link with one of your companions. When Linked, your partner will assist you in defeating the selected enemy; whether it be attacking head-on or helping you up when you’ve been knocked down. In the Linked state, assigned attacks will fill a meter, that once full, can be prompted to unleash a devastating blow. Dozens of options become available as you progress, and different combinations are required for each character. There’s plenty of room for experimentation, and it’s encouraged if you plan on easily besting the many enemy types.

Leveling in Tales of Xillia has a new layer of complexity as well: The Lilium Orb. As you level, you’ll assign points to a web of orbs that offer everything from additional HP to new Artes or skills. While the system is far from perfect, it does bring with it a sense of freedom, as you’re no longer reliant on a specific tree of choices. For those who find the new system overwhelming, an auto-level option is available and can be set to make the ideal choices for your character. As you progress through the Lilium Orb, Artes and skill points are likely to accumulate. Artes can be assigned to the controller and used in battle, while skills can improve your character depending on your choice of play-style.

In order to level, you’ll need to battle, and while the story offers plenty of opportunities to do so, exploring the many vibrant and colorful maps does as well. The environments offer enough variety to encourage exploration, and the hundreds of scattered treasures help make it all feel worthwhile. Artistically, the world is relatively generic, but there’s enough creativity in the seemingly painted cities and towns to forgive its flaws. Exploration is also rewarded with a new shop leveling system. While out in the world or duking it out with a bothered beast, you’ll find a bunch of random trash. Of course, one mans trash is a weapon store owners treasure, and you’ll soon be able to invest your hard earned garbage in the shop of your choosing. As stores develop, new items will appear, allowing you to purchase the latest and greatest weapons, armor and accessories.

But what’s the sense of being a well-geared hero if there aren’t any quests to tackle? Well thankfully, there are well over 100 sub-quests, ranging from gathering the cutest pink items to defeating a group of poachers, each rewarding you with cash and items. Some offer additional story-bits as well, and all can be found by returning to previously visited cities throughout the story. While this may seem like a burden, the quick-travel map makes revisiting areas a cinch, and the nearly nonexistent loading times contribute to the systems ease of use. 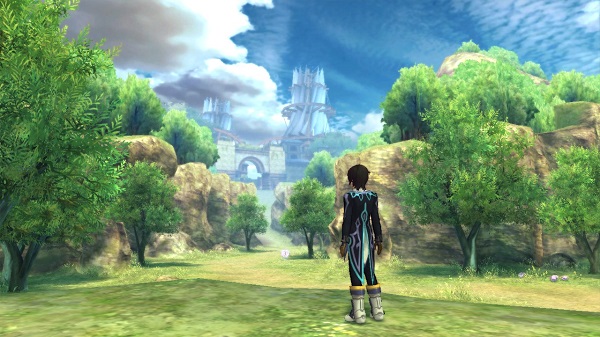 Tales of Xillia is not a genre defining game, nor is it the best of the series, but it offers enough variety and charm to more than make up for its flaws. There’s a lot to do and see in Xillia, and despite its linearity, you’ll likely want to return to its world to earn that last title or finish that final sub-quest. The characters are perfect; dysfunctional, unpredictable, compassionate, and real. The story will grasp you from start to finish, and you’ll be sad to see the credits. Xillia takes the familiar and blends it with exciting newness, and that’s what it does best. It’s the first must-play JRPG to release in a while, and the second couldn’t arrive soon enough.