It’s 1604 in Virginia and something has gone horribly wrong.  The colony you were supposed to join is empty, its militia turned into kill-crazed madmen, a girl in red is leaving cryptic notes, and the only ones who will speak to you are the voices of the dead.  Something terrible has happened to the colony, and it’s up to you to find the clues to piece the story together while surviving the attacks of the crazed and supernatural beings who infest the land.  Also, the entire world is black and white with a bit of red.

The first and most obvious thing about Betrayer isn’t that it’s a moody, atmospheric combination of adventure and FPS layered with a heavy coating of survival horror, but rather the striking visual style.  A quick trip to the Steam forum for the game will show endless threads debating its look, with everyone having a strong opinion one way or another.  Personally I fall into the “love it” camp, but there’s no question Betrayer’s stark, high-contrast “black and white with traces of red” visual style isn’t for everyone.  The best thing to do is to decide whether its look is something you can live with and just walk away if it’s a problem.  If you decide that it’s not a problem, however, there’s an intriguing mystery buried in the dangerous wilderness of early America. 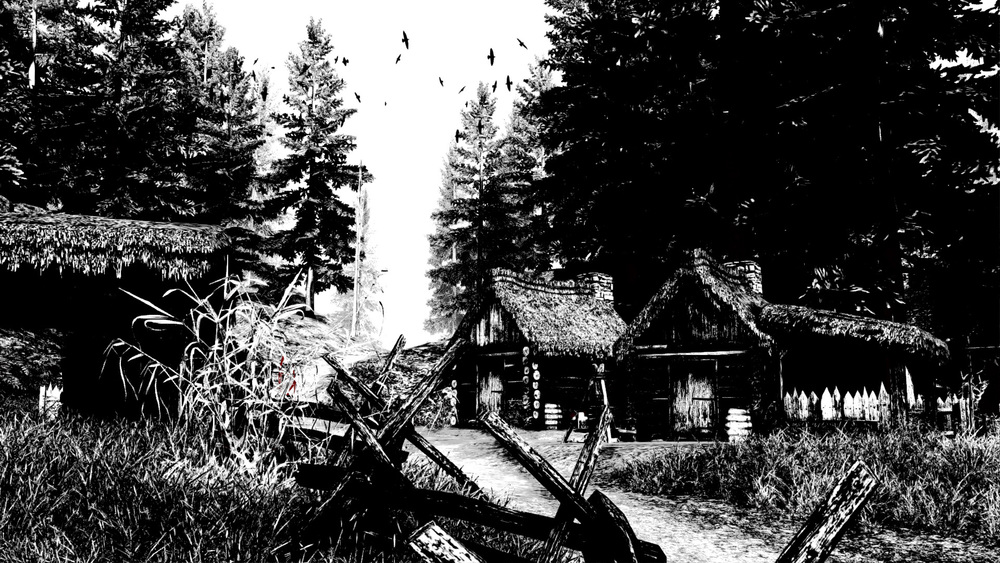 The current version of Betrayer is very early, though, but filled with promise.  You start out on the shore, unarmed except for a knife, and quickly find some arrows by slashing open the boxes that washed up on the shore with you.  As you leave the beach a girl in red starts leaving notes stuck to totems in the path, but it will take a while longer than normal to get there.  It’s nearly impossible to do anything at game’s start other than look around and drink in the detail, watching as the high resolution clarity makes a jumble of harsh contrast resolve into a clear image of a very pretty forest path leading from the beach.

Eventually it’s time to get moving, though, with short breaks to stare at black and white trees or plug arrows into charging Spaniards.  They can kill you in a single, hit, and once down you’ll need to collect your money, Dark Souls style, but it’s only later when they start attacking in groups and shooting back that they become a real problem.  Arrows are relatively weak, and while pistols and muskets quickly show up, they reload slow.  It’s 1604 and gun technology is all about a single effective shot before a multi-second reload.  It takes a lot of getting used to, honestly. 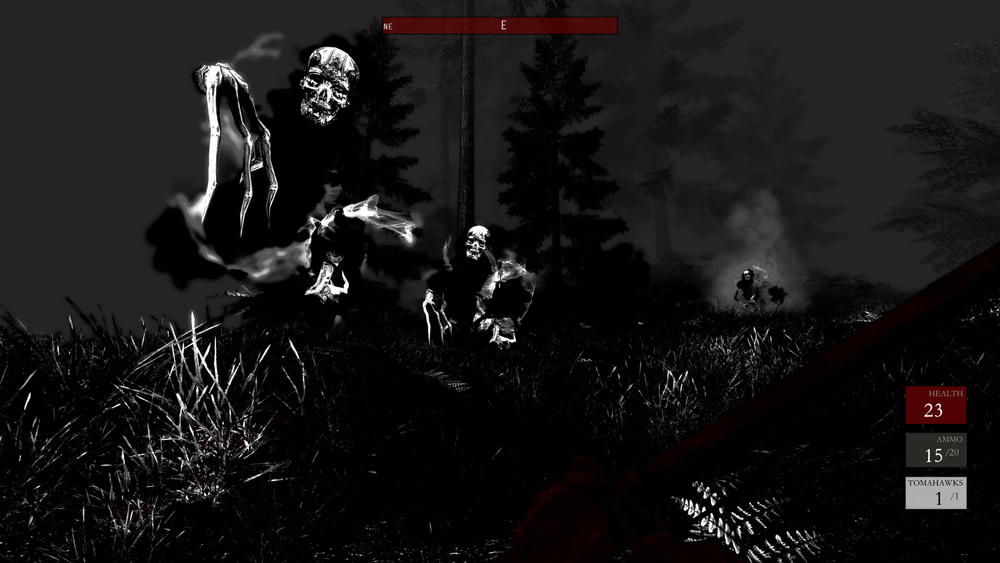 If crazed psycho Spaniards aren’t bad enough, there’s also a dark world to explore, which is like the regular world except with gray, and the restless souls of the dead are feeling conversational.  The dark world also introduces a Listen feature, which lets you home in on the skulls of the dead colonists or areas of corruption.  The colonists want a proper burial, while the corrupted areas need cleansing by extermination of the restless spirits that pop out of the ground.  In this early build of the game the ghosts are almost harmless, once you realize a single knife swipe is enough to take one down, but like everything else in the alpha that may be subject to change as development continues.  This is the first release of the game and there’s tons of work ahead before everything balances out.

The Listen ability does bring with it the realization that Betrayer all but requires headphones for proper play.  This is a quiet game when you aren’t killing things, with the only ambient noise being the wind blowing through grass and trees.  Listening brings up a low tone that fits in with the background audio, and it’s easy to miss if there’s any sounds from the real world overriding it.  Of course, the downside of headphones comes when a group of skull-ghosts burst from the ground unexpectedly, causing you to nearly jump out of your skin.  It’s amazing how immersive audio can be when background distractions are filtered out. 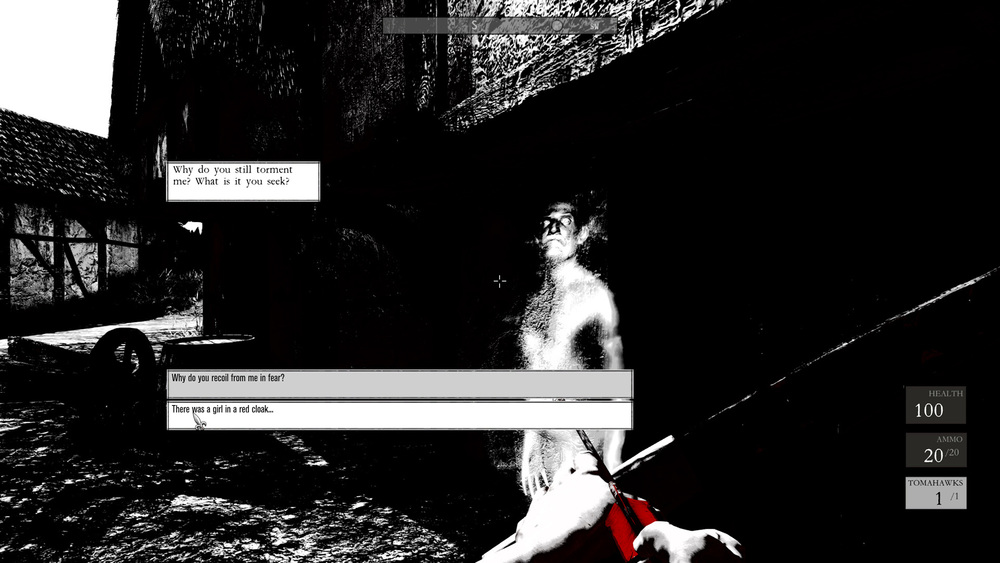 Betrayer is very early and obviously alpha, but it’s already showing off an impressive atmosphere and intriguing story.  The game is free-roaming, with hand-holding limited to highlighting interactive bits of the scenery.  You can explore any direction you like, and while there are many new areas still being built the current map has a decent amount of exploration built into it.  Combat takes a bit of getting used to and the art style is polarizing, but at the very least, Betrayer promises to be one of those games that will be inspiring discussions for a long time to come.