Geron is going through a rough patch in his life as he’s living in a crummy little house with his girlfriend who was recently turned into a raven. And you thought you had it bad. The brilliant German storytellers from Daedalic Entertainment are venturing back into the world of Aventuria, a dark and brooding place filled with an unsettling magical past. Is this the adventure we needed, or is Geron’s concerning future a sign of troublesome times?

While this sounds like a brand new property, Memoria is actually a follow up to Daedalic Entertainment’s The Dark Eye: Chains of Satinav. The game is structured rather intriguingly by offering two main protagonists: the unlikely hero Geron and the rather adventurous Princess Sadja. The two may be separated by hundreds of years, but it’s in Geron’s best interest to figure out a riddle from the past to help Nuri, his fairy girlfriend, return to her own body before she loses her memories. There’s much more at play, though, as a magical mask is erasing the memories of anyone who wears it and a mysterious dark figure is turning people into stone. 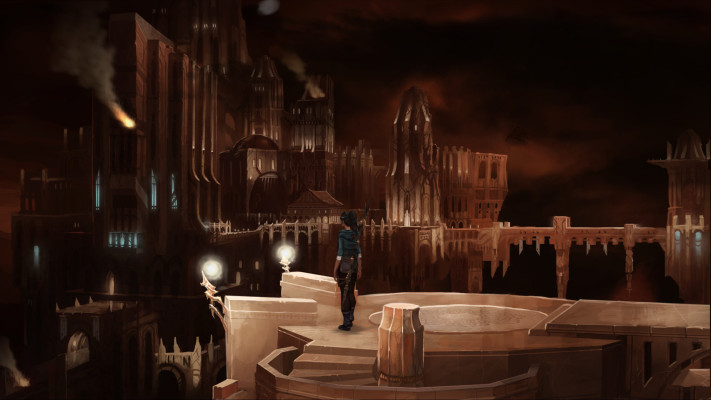 The plot is by far the best part of Memoria as it involves lore that goes well beyond most fantasy storylines. You’ll still see magicians, golems, demons and various other fantasy creatures, but it’s the sheer involvement of Satinav, Aventuria’s keeper of time, that’s a rather frightening concept. He is, in a sense, a god that happens to have a blind spot, and if it’s revealed someone tried to exploit it, Satinav wouldn’t hesitate to enact vengeance on them. This is a dark and chilling tale that is filled with only death and destruction and, at the core, an absolutely gripping experience. The pacing is near perfect, quickly introducing you to the protagonists and ramping up the tension and plot twists ever so gradually. That isn’t to say that the story is fault free, though. Even with great voice acting, I felt a number of emotional moments were too soft and devoid of any life. Additionally, I found the campaign to be over a little too quickly. I clocked in around seven hours on my first playthrough, significantly less than most of Daedalic’s other adventure games. Regardless, those were some of the most compelling seven hours I’ve had in recent memory.

If you’re familiar with the gameplay mechanics that Chains of Satinav had to offer, then you’ll no doubt be right at home here. By comparison, not a lot has changed as the inventory and dialogue systems remain virtually the same. Magic plays a slightly larger role as most puzzles involve spells such as manipulating the minds of others by connection three points on a map or petrifying the world around you. These moments generally take place in the past with Princess Sadja, as Geron only has the ability destroy and fix items. After finding a magical talking staff, Sadja obtains various abilities that greatly aids her on her journey to Drakonia. Of course, being a traditional point-and-click adventure, there are branching dialogue options that, while don’t necessarily change the story, do allow for some altered dialogue. It certainly helps that the script is very well written, offering rather specialized personalities to an unfortunately small cast of characters. This leads us to the key pillar of any good adventure title: the puzzles. 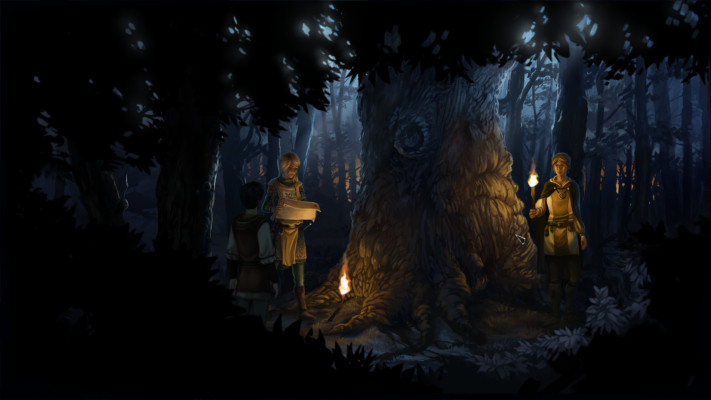 Puzzles are structured in a somewhat simplistic manner and generally don’t stretch too far. Most obstacles actually take place in only a couple of areas at a time, never really expanding to a strong depth, with the exception of maybe one or two occurrences. It does allow for more players to witness the terrific story, but it was a factor that lead to the short playtime. With that said though, there are some well-constructed puzzles, especially during the second half of the game that even had me breaking out pen and paper to uncover a specific pattern. The feeling of being confused of what to do next or how to interact with certain items is thankfully missing, but the lack of gratification is left in its place.

You can’t talk about Memoria without talking about its visuals. Graphics are without doubt an important aspect to any game, but this is just something else. With the exception of the 3D character models, which blend surprisingly well into the artwork, everything in the game has been hand drawn to perfection. Areas range from forests and waterfalls to caverns and floating fortresses. The fantasy aspect is here and done with incredible precision, introducing us to a world that has been finely crafted. Complemented by the story, this is an absolutely visually stunning game that needs to be experienced firsthand. 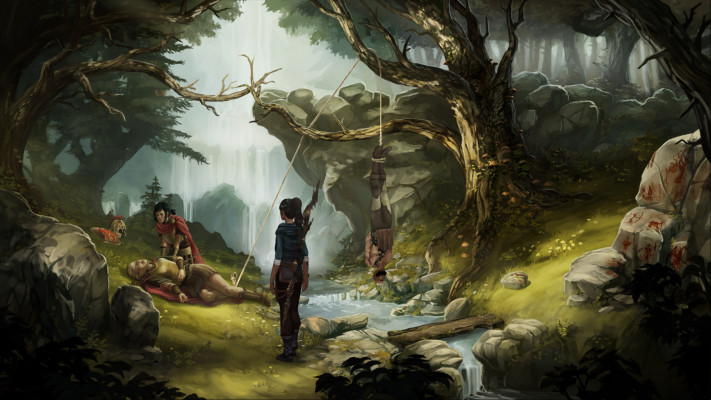 Memoria is a breathtaking visual showcase that tells one of the most compelling stories in recent memory. The puzzle complexity is the right mixture of not too easy and not too difficult, but I wish there was a deeper variety considering most of the solutions can be found within a limited number of areas, if not a single one. Even with a shorter than average campaign, it’s all about quality over quantity since the generated story is nothing short of fantastic. The journey back to Aventuria is an absolute pleasure as Memoria is an alluring entity that nothing can compare to.