For years now, Castlevania fans have been looking for a good 3D game, and when MercurySteam was announced as the developer, many cringed. Multiple old school Japanese franchises have been getting outsourced to Western developers as of late, and gamers are becoming weary. Thankfully, the Spanish developer crafted an epic that was told through beautiful cinematics in a surprisingly longer than average story. Joining forces with Climax Studios to bring the most complete edition of the 2010 hit to the PC platform, has the last three years in capsulation treated Belmont well?

If you’re unfamiliar with the game, this is a character action title that features Gabriel Belmont looking to avenge his fallen wife. Part of the Brotherhood of Light, he sets off on an adventure filled with dark fantasy, be it lycans, vampires or gargantuan spiders. This is one of Lords of Shadow’s most positive points as, if you’re at all a fan of supernatural occurrences, then you’ll absolutely love the cast of characters, enemies and the overall variety of environments, which range from snowy terrains to towering castles. It’s also a surprisingly lengthy tale, spanning upwards of twenty hours to complete, and even more if you want to find and collect everything. This is definitely the one the most expansive Castlevania stories ever.

The actual gameplay is unfortunately the weaker section of the game. While combat can be varied at times, it’s still a bit repetitive. The regular and wide attacks will be your best friends, and some altered special magical abilities will come in handy from time to time. The core battle setup just drags, especially considering how long the game really is and while the story remains fairly intriguing all the way through thanks to the well-produced scenarios, it just feels uninspired. It takes strong influences from properties such as God of War and Shadow of the Colossus, and while those two are incredible games in their own right, Lords of Shadow just can’t hold a candle to them. I will say that the boss battles that involve creatures towering many stories high are overwhelming and incredible moments in the story; I just wish they were more frequent. 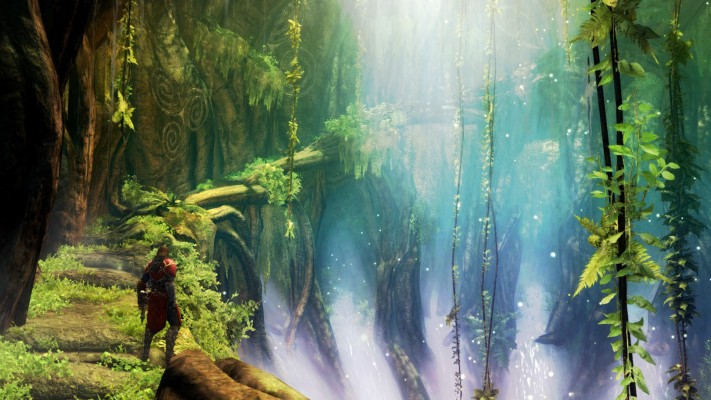 By far the biggest problem Lords of Shadow has within combat is the locked camera angle. I don’t know what year they think it is, be it now or three years ago, but limiting the third-person perspective in a character action game such as this only brings more trouble than enjoyment. It was previously used because of technical limitations or just to show beautiful pre-rendered environments, but now it’s hard to find a logical reason why the lack of a player controlled camera is still a thing. Be it combat, platforming or puzzle solving, the camera becomes a disconcerting factor. Thankfully, it’s not too constant of an issue that the game becomes unplayable, but it’s notable in certain spots.

Everything from the 2010 release is here with minimal improvements. Included is the main campaign, along with all the downloadable content that was released post-launch: Reverie and Resurrection. The controls have been somewhat well adapted to the keyboard and mouse, primarily taking advantage of the former. Thankfully, these are fully customizable so how you play is completely up to you. Regardless though, if you own a controller, that’s still the best way to play Lords of Shadow as the camera angles only become more troublesome with a keyboard. On the graphical side, the game looks gorgeous and has a couple of advanced visual adjustments. This includes upwards of x16 anisotropic, changing the shadow quality, and adding vertical sync, anti-aliasing and ambient occlusion. Not the largest selection, but it works well enough.

On the console versions, we saw a sub-par framerate of around 24fps that had frequent drops. Thankfully, that isn’t the case here as the PC port is up to platform standards, and looks great doing so – so long as you have the rig to run it. The only issue is that the pre-rendered videos, and there are a lot of them, aren’t up to snuff with the in-game scenes. They run as they did on the PlayStation 3 and Xbox 360 and lack any anti-aliasing. It’s understandable that if they already had everything rendered they wouldn’t want to waste time redoing it in-game, but it really dampens the experience going from this visually vibrant area to a cutscene you just want to get past quickly. 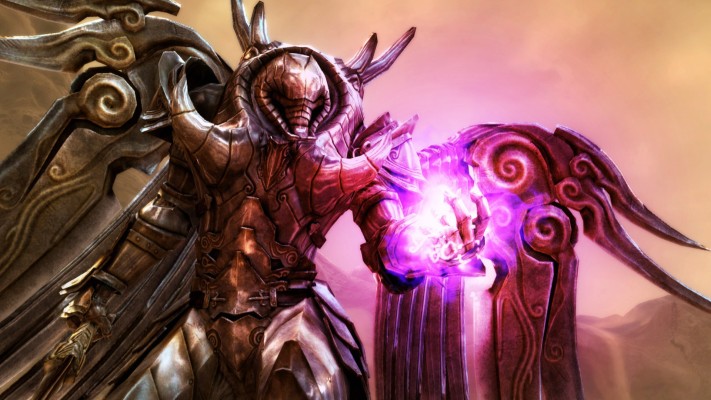 Castlevania: Lords of Shadow – Ultimate Edition is a solid package for anyone who didn’t get to play the game back in 2010, but at this point, it just feels like a stepping stone that allows the sequel to be released on the platform. While the story is intriguing enough to justify moving ever so slowly towards the finish line, the combat drags on and lacks excitement outside bosses. Lords of Shadow has incredible production values and an astonishing length for a character action title, but not only is it far too late to the party, but dapened by uninspiring combat.