It has been a long road for the Killzone franchise as this is the fourth platform the series has found itself on, with a fifth coming later this year. The team at Guerrilla Games is working tirelessly to continue to bring one of the most captivating fictions to the market, and the result this time is Killzone: Mercenary. While the track record for shooters on Sony’s second handheld has been between bad and mediocre, can Mercenary break the trend and prove to be the tip of the iceberg in terms of what the PlayStation Vita is capable of?

As the title suggests, you are a mercenary so you’re not necessarily fighting for one faction. Playing as the voiceless private military contractor Arran Danner, your goal is to complete various objectives scattered throughout each level and get paid, not worry about moral choices or what’s best for the ISA. Doing well in battle, such as headshots, sneaking up on enemies and interrogating them, or avoid getting detected all together, will net you more cash to spend in the black market. Here, you can purchase new weapons, armor, grenades and futuristic tech that should help in combat. There’s nothing like strapping on a rocket pack to get an advantage on enemies. The single-player campaign is relatively lengthy, spanning nine levels that take anywhere between half an hour to an hour to complete depending on how you progress. Whether you want to play stealthy or go guns blazing, the game molds itself around your play style.

Outside playing through the campaign as one may normally do, there are three different alterations that will reward gamers with more cash. These involve tasks that are tied to either avoid being detected, killing a number of enemies with a certain gun or setting off a different chain of events, such as throwing a gas grenade into an air vent rather than blowing up the door. These can be fun distractions when finishing the story as it makes gamers rethink how they approach a situation, rather than bringing the loudest, most powerful gun available. In typical Killzone fashion, there are a number of high fidelity cinematic moments that will have your heart racing in anticipation and excitement. The single-player mode was enjoyable and right when the gunplay was starting to feel repetitive, the story came to a conclusion. Unfortunately, checkpoints could be better implemented. They aren’t poorly placed, but unavailable to load outside of death. This means if you quit a mission, you’ll have to start the entire map over again. Regardless, a small gripe on a compelling campaign.

For a handheld game, shooting feels rather intuitive. It’s not the same as playing with a controller, and especially not with a mouse, but it easily contains the best shooting mechanics we’ve seen on a handheld device. Even the touch controls, which are prominent throughout gameplay and mandatory in menus, take advantage of what the Vita does best. Whether it’s swiping to counter a melee attack online or tapping to tag enemies, the touch controls aren’t some gimmick that were carelessly thrown in. Even the rear touchpad is given some life, and while it does take a little while to adjust to, increasing and decreasing the scope zoom will eventually become natural.

With that said, I did have some issues with the control scheme. This mainly revolves around the cover system that, while isn’t new to the franchise, is pretty unreliable. The system is automatic so whenever you duck near cover, you will instantly be stuck to that piece of geometry. Generally, it works as advertised, but I found myself struggling whenever an enemy was at least 80 degrees to the left or right of my position. Trying to pull the trigger, Danner would poke his head over an invisible barrier only to go back down instantly. This becomes especially frustrating in the midst of heavy combat where enemy artificial intelligence will gradually advance on your position. 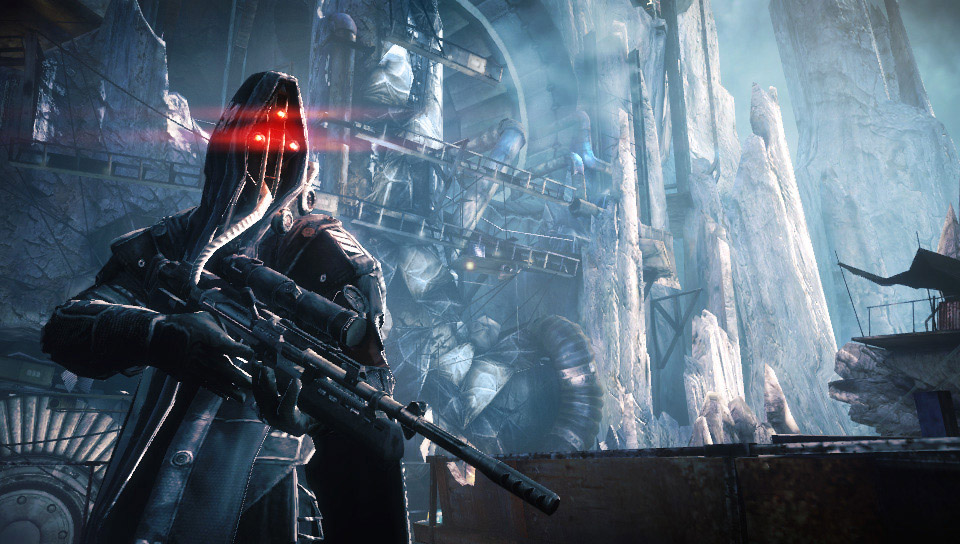 Whether it’s Killzone or Call of Duty, a first-person shooter isn’t much without its competitive multiplayer. There’s the typical deathmatch and team deathmatch modes, which have been renamed to Mercenary Warfare and Guerrilla Warfare, respectively, but Warzone changes things up in a fascinating way. An objective-based mode that has been with the series since the second game, Warzone creates various challenges for teams to earn points outside your typical killing. Bodycount is the only returning task with the three others being developed around some of the handheld-exclusive mechanics. These involve interrogating an enemy, which is very difficult to do unless you have an escort, hacking a terminal and collecting various valor cards from fallen soldiers. You are given five minutes for each task before rotating to the next, and obviously the team with the most points at the end wins. While some may question why you’d choose a technically inferior product to Guerrilla’s console counter parts, Killzone: Mercenary is still the most gratifying AAA multiplayer experience you can find on the PlayStation Vita as it contains six well-developed maps and outstanding gameplay mechanics.

Finally, if you’re looking for a game that can show off the power of Sony’s handheld, then you certainly have come to the right place. It’s nowhere near what we have come to expect with the Killzone franchise, but for a handheld title, it looks absolutely gorgeous. Whether it’s beautiful backdrops or the well-constructed world, this is taking advantage of the Vita’s powerful hardware. But with such visual fidelity comes significant framerate drops. Generally, in the midst of heavy gunfire or massive explosions, the framerate will drop like a rock, once even going at an unplayable pace for ten seconds. Thankfully, these aren’t frequent and most of the time it runs smoothly. Friendly artificial intelligence, on the other hand, is just plain poor, frequently becoming a nuisance. There are two levels where it’s nothing short of a hassle to transport someone. Thankfully, if you’re playing stealthy, the Helghast won’t even bat an eye at their presence, but they somehow always get in the way during a gunfight. 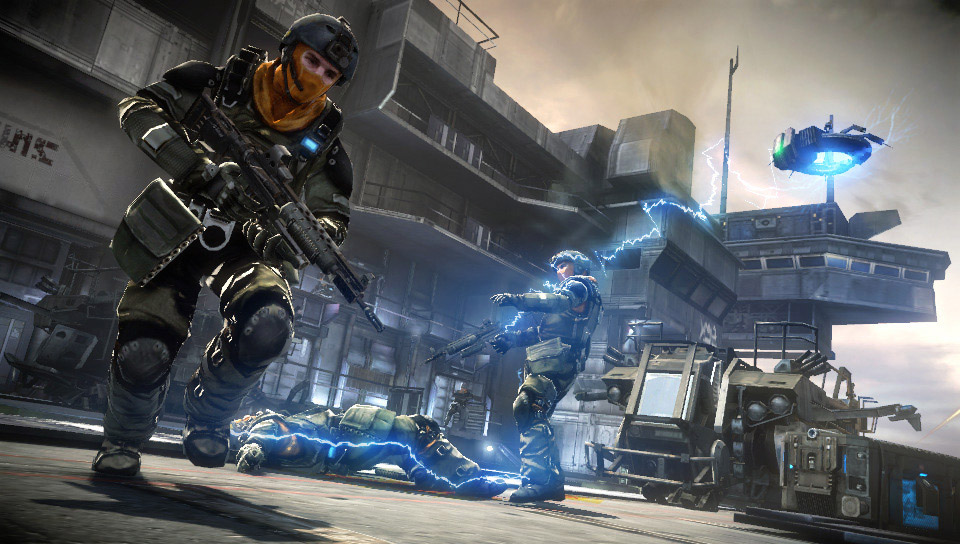 The Killzone franchise contains an intriguing fiction that’s extended thanks to the PlayStation Vita. It’s not a game without its faults as friendly artificial intelligence can obstruct progress and I ran into a number of glitches throughout the campaign, but with an addictive multiplayer and some of the most creative ways in using the handheld’s technology, you’ll have a tough time finding another experience like this. Even if it’s a short list, Killzone: Mercenary is by far the best shooter on the PlayStation Vita and should hold the candle for quite some time.