When phrases like “Cloud Power” are tossed around, it’s easy to picture a team of Flying Nimbus toting crime-fighters, punching, kicking and kamehameha-ing their way through hordes of evil-genius monkeys, and one clearly homosexual devil. But that couldn’t be farther from the truth. In reality, the Cloud isn’t something that’s been easy for Microsoft to explain, and while it’s no Voynich Manuscript, it remains a real mystery to most folks. Simply put, the Cloud makes online gameplay more fluid and intuitive; it allows for more persistent worlds, faster and easier updating and possibly a greater gaming experience overall. However, such oversimplification undersells its massive potential.

Microsoft Game Studios vice president Phil Spencer spoke to Game Informer about the Cloud, and explained why it’s something we should be excited about. “What we’re able to do with Cloud, is say, ‘Here are 300,000 servers. You don’t need to tell us what that demand looks like. You don’t even have to know.’ We will handle the scaling capability on the backend.” It seems that developers will no longer have to concern themselves with maintaining servers. Hopefully this translates to fewer servers closing when player demand drops, because everyone knows that MMOs are more fun with fewer players — at least when you intend on recreating the struggles of Chuck Noland in a fantasy-realm version of Cast Away. 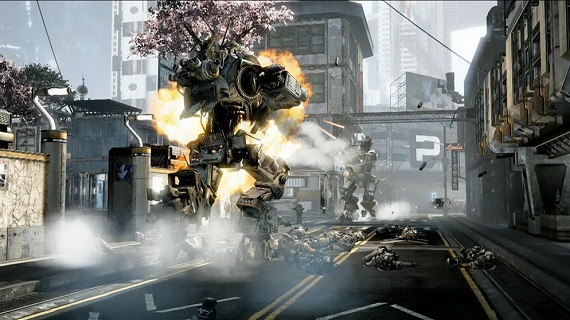 I suspect that even Microsoft isn’t entirely sure of what the Cloud could do in the near future, but here’s a list of cool things it will definitely be capable of:

If you’re still not convinced, you’re probably an ex-Apple employee from the development team responsible for the Apple Pippin. If you need more information from the suited beauts themselves, go ahead and click these words here, they’ll lead you somewhere relevant. Probably.