Visual novels are one of the most misunderstood genres in video games. Many seem to view them as nothing other than glorified novels with some choice thrown in for kicks. Of course, fans of the genre are aware this description isn’t completely ignores how good many of the titles are. Sure, they might have a ton of reading but they provide intriguing stories and players usually do get to control a lot of the action.

Since the genre has been around so long it might be a bit overwhelming for someone wishing to give visual novels a shot. That’s why we decided to make a list of some of the best (and easily accessible) games! That means none of the games will require any “tricks” to play, such as downloading fan translations, running your computer in compatibility mode, or anything else. Even with these limitations there are still a great deal of good titles for new players to dig into. Let’s get started! 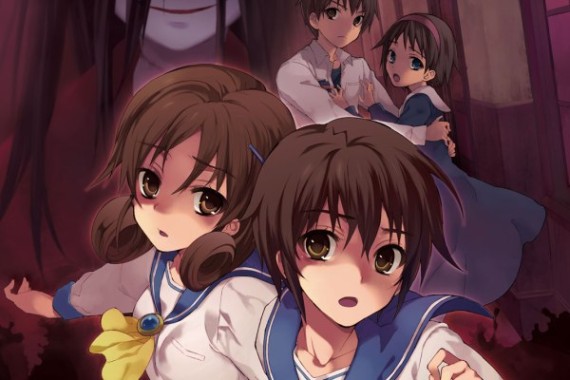 Corpse Party is a series which began in Japan as an indie horror game. It quickly gained momentum and has seen multiple releases, although the first for US audiences just arrived a couple years ago on PSP via PSN. In Corpse Party, you are a high school student in Heavenly Host Elementary School with a few of your classmates. One night they all decided to perform a strange ritual…. As you might expect, this was the worst idea possible. The ritual wasn’t just some game, but real, and there are ghosts within the school. It’s your job to stay alive – and hopefully keep your friends in the world of the living as well.

Many would not define Corpse Party as a pure visual novel and that’s due to the top-down adventure gameplay that you utilize to progress the story. However, this doesn’t change the fact that the game is nearly entirely narrative based. The control scheme fits well, as exploring the creepy school only amplifies your fear. As soon as new objects are found, or events triggered, the story picks up once again to fill you in on new disturbing details. It works very well and the “standard” gameplay should ease VN curious players into reading-heavy games without feeling like it’s a huge effort. 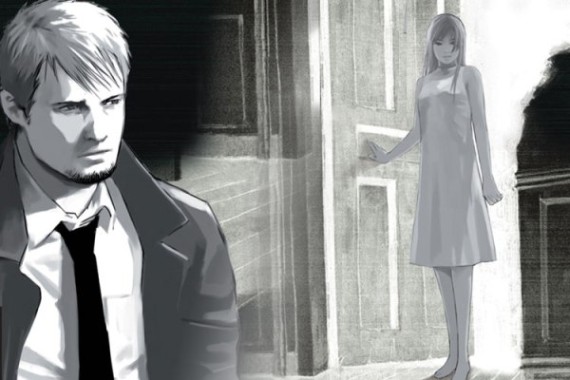 In Hotel Dusk: Room 215 you play as a detective named Kyle Hyde. His former police partner was murdered and this is something Kyle couldn’t abide. He needs to know what happened and why and this leads him to a ramshackle hotel by the name of Hotel Dusk. Once there, the interactions he has with other characters aid in his investigation, but also reveal new nuances and mysteries as well.

This game offers segments where you solve puzzles, but revolves primarily around talking with other characters in the hotel to progress the story. The investigation and puzzle segments play out like point and click adventure games but still don’t feel antiquated. Regardless, the player’s main goal is to listen to each character and glean new knowledge from them. It’s incredibly easy to meet this goal because the writing in Hotel Dusk is fantastic. Characters speak naturally and the mystery is interesting. The art itself is quite attractive as well, with black and white sketches that add to the noir vibe. Definitely try and seek this DS game out before it becomes a rarity. 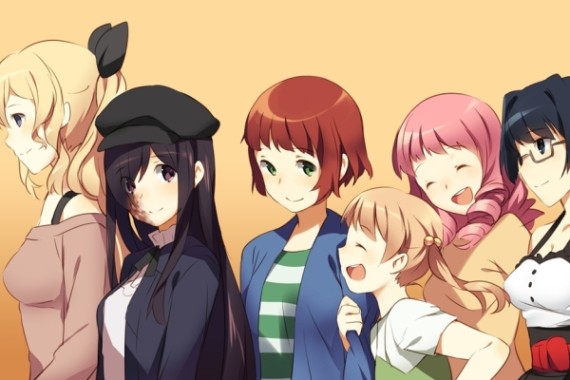 Here’s a game that is single-handedly converted a ton of non-VN players into VN lovers. Katawa Shoujo is actually not a Japanese game as most visual novels are, but it hardly matters. The story focuses around a teenage boy named Hisao with a serious heart condition. Because of it, he has been sent to a school for disabled students. Although he first feels out of place, eventually he learns to accept those around him and form friendships with his classmates. If the player chooses, they may even be able to date one of the girls.

Initially, Katawa Shoujo was met with a lot of reservations due to the theme. Could it really be possible for a small indie group to provide a game that treats such content with respect? As it turns out, they did so splendidly. This is a pure visual novel which means all you do is read, read, read, and interact at various points. There are many times you’ll need to choose what to say which helps to keep players involved. Of course, they could have gotten away with less choice as the story and characters are perfectly compelling as is. There’s no doubt that Katawa Shoujo is a modern VN classic that deserves to be played. Interested parties need only to visit Four Leaf Studios’ official website as the PC game is available for free. 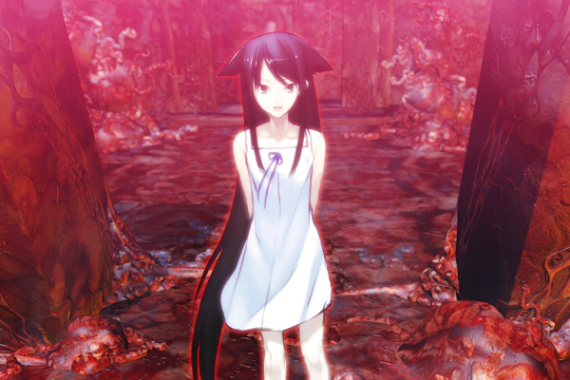 Of all the games on this list, Saya No Uta is the hardest to recommend but an incredible game all the same. This PC game focuses on a young man named Fuminori who was in a car accident which killed his family and almost killed him. In an attempt to save him, the hospital operates on his brain and, in the process, something goes terribly wrong. Fuminori survives the surgery but is not the same as before. Or rather, his perception of reality has completely changed. Now, instead of seeing the familiar walls of the hospital or his visiting friends, he sees a world covered in viscera and blood. His friends are horrendous blobs of meat and talk with monstrous voices. Then he meets a young girl named Saya who actually looks human.

One of the biggest reasons this game is tough to suggest to visual novel newbies is Saya herself. She is depicted as a very young girl (more so than is standard in anime). This is problematic due to the fact that the narrative initiates sex scenes between Fuminori and Saya. Unlike Katawa Shoujo, you can’t turn the scenes off, although a blur effect can be used. General gamers are not used to titles with this content which is another reason they may avoid Saya No Uta. But if that’s your reasoning to avoid it, please give it a shot anyway. This is by far one of the best VNs out there with a dark, disturbing, but also heartwarming narrative. At under ten hours for a playthrough, it also manages to be both outstanding and short enough to be enjoyed by players unaccustomed to visual novels. For our full review of the game, be sure to check it out here. 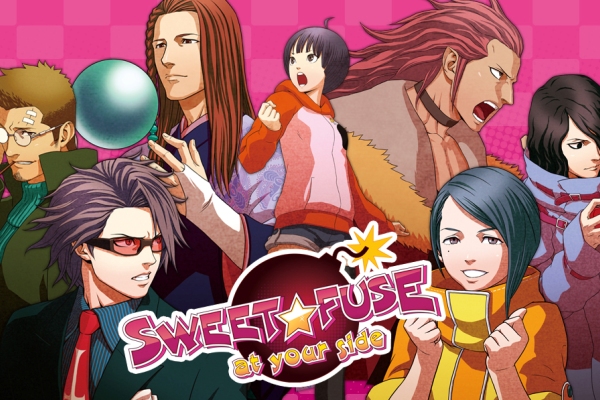 The most recent of all these releases is Sweet Fuse. If you look the game up you’ll quickly find that it is what’s known as an “otome” game. These titles are dating sims which focus around a young girl with her choice between a cast of eligible men. Many gamers immediately brush this type of game off because it seems it must be pandering to women or some such. Of course, considering all the male-based media women consume, shouldn’t it be easy for a guy to play an otome game?

Yes, it is! And that’s why no matter your gender or orientation that this game is a great adventure. The focus is around a teenager named Saki who has come to a special opening ceremony of her uncle’s video-game themed amusement parks. However, the ceremony is overtaken as a man in a pig suit takes hostages. If seven members of the audience don’t play his game then he’ll blow up the entire park! And so, you and the guys get to work trying to solve his diabolical games to save the park and the hostages who are still there. Hardcore Gamer Japan’s Bradly even reviewed the title not too long ago, and gave it a glowing review. Needless to say, it’s a title with great localization and is incredibly easy to access thanks to being on PSN for both PSP and Vita.

Now that you’re armed with a list of top-rate titles, it’s time to choose one! If the concept of doing nothing but reading hours and hours of text is still overwhelming, then go with one of the more game-like ones. But if you’re willing to dive headfirst into the VN world then go forth – any of these should inspire interest in even more visual novels.