If you were watching Phillip River’s (or perhaps more fittingly, Nick Novak’s) beatdown of the Indianapolis Colts Monday night, then you undoubtedly saw Sony roll-out their latest “Greatness Awaits” commercial. Or perhaps more realistically, you were playing Pokemon and saw the trailer posted on YouTube an hour later. While Sony has had a sketchy track record with marketing in the past decade, there’s little doubt that they’ve improved in the later half of the PS3’s life. From Kevin Butler to “Michael” to the previous “Greatness” ad with the ominous giraffe, Sony has shifted to a quirky sense of humor in their marketing that at the very least grabs your attention. Suffice to say, they’ve come a long way since the days of crying babies.

The latest PS4 spot continues this trend and perfectly conveys the message Sony is trying to deliver about the new console which is: it’s a lot of fun. Live-action, the trailer features two friends battling each other across the PS4 universe, featuring Elder Scrolls Online, Killzone Shadow Fall and Drive Club. No gameplay footage, specs or even the console itself is shown. Yet that’s exactly why it’s so effective.
Most consumers, gamer or not, already know that the PS4 will offer advanced graphics. So will the Xbox One. That’s not the point Sony needs to get across. What they do need to voice is how fun the console will be. By showing two friends battling it out across the console’s universe, it recalls rivalries that many of its target audience has had. Who doesn’t love playing around in a virtual world with their buddy while at the same time trying to dominate them with your elite skills? 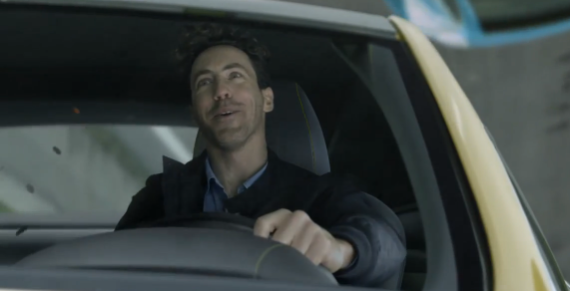 Hammering this point home further is the excellent use of “Perfect Day,” which is continuously sung throughout the spot by the actors. The conflicting melancholy/uplifting spirit of the tune has made it perfect to use contrastingly in media, with appearances in “The Signal” and most recently the trailer for horror film, “You’re Next.” It makes the advertisement ring true as playing a buddy is generally a mix between a great bonding session and a never-ending competitive duel. For that reason, it’s likely any other musical selection would have ruined the feeling of the ad.

Professionally shot, clever and quirky, “Perfect Day” is an attention grabbing commercial that sets an exciting tone for the impending PS4 launch. Funny without being goofy, intriguing while not being overly serious, it captures the spirit of the fun of gaming and is a great start to what will hopefully prove to be an equally effective marketing push for Sony’s latest console.