I’m not sure what a real man would do in such a situation, but if I were to regain consciousness on a strange and dark island, my first instinct would not be to begin exploring every nook and cranny. Dig a hole in the sand and climb into a tearful session of questioning my life decisions as I fade into dementia? Perhaps, but heading into the unknown with nothing but a walking stick and a sense of wonder? I don’t think so. Luckily, video games are only real to televangelists and parents of gerbil-microwaving homicidal-maniacs to be, so there’s logic to be found in such heroism. Unfortunately, that’s where the logic in Montague’s Mount reaches its dead end. 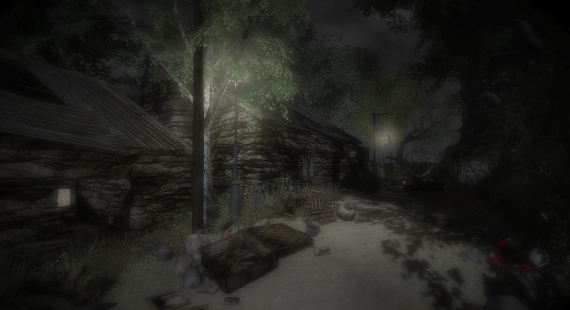 I suppose a person doesn’t really have too many options when washed ashore after a devastating shipwreck. It doesn’t help when that shore belongs to a mysterious island, either. But once you find yourself in that horrifying scenario, as far as I’m concerned there are only two logical outcomes. A) you die a slow, painful and drawn-out death due to starvation and possibly pathogenic microorganisms from what is clearly a heavily polluted water source, or B) you explore the seemingly-abandoned locations and solve increasingly intricate yet utterly boring puzzles that may very well offer the answer to a question you stopped caring about 45 minutes into your search. Unfortunately, Polypusher Studios didn’t see the value in a slow-suicide-simulator and chose to go with the latter.

In Montague’s Mount — a game based on the true story of a mans loss of sanity while marooned — you find yourself on the shore of a disturbingly bland island with no recollection of useful information. Yes, that includes your name and whereabouts, a timeless cliche that when used properly can often branch-out into a powerful story chock-full of touching moments and rich character development. Alternatively, however, such a premise can simply shatter any semblance of emotion when presented through poor, uninspired writing, campy and overly-extended cut-scenes, tortoise-like pacing and locations that appear to have been run through a gaussian-blur filter. All much regrettable flaws, as the atmosphere captured within Montague’s Mount can feel very authentic at times — and will likely be the single factor that pushes eager players through the bug-infested campaign. You can leave your Thomas the Tank Engine nightlights off through this one though, as there are far scarier stories in The Railway Series. The lack of compelling storytelling or any real sense of discovery leaves much to be desired as well, and such is the case with most aspects of Montague’s Mount. While seemingly a survival-horror-esque title, it’s a game that, despite any valiant attempts to impress as a psychological experience, fails to enthrall in story or reach any true emotional level through its world, writing and dialog. There’s little to fear in the world, and that lack of threat softens any impact the atmosphere attempts to hold, crafting an experience that feels both pointless and powerless. While ideally such a game should have both story and gameplay, within its genre titles are often forgiven if one or the other offers enough reason to play through its flaws — unfortunately, Montague’s Mount is not such a game.

If the haunting atmosphere is the hook to grab those curious gamers, the intriguing puzzles littered across the island are the reel to the pull them in — at least in theory, that is. The puzzles on this small Irish island, while initially simple, become increasingly complicated and less satisfactory to complete as they abandon all logic for frustration, and fun for disappointment. While never quite as difficult to ingest as a Guatemalan insanity pepper, the puzzles also don’t offer the hallucinogenic and thought-provoking craziness, which leaves them little to offer beyond the surface. Sure, tricky puzzles can be enjoyable, but a lack of purpose and reason only increases the games usability as digital Ambien. The fact is, the gameplay is simply not fun, and this is not helped by the glacier-like character movement — a realistic but ultimately silly inclusion when much of the game involves traveling on foot. 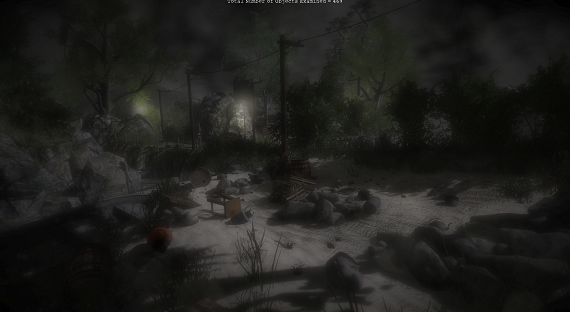 With senseless puzzles that destroy any potential feeling of accomplishment, incredibly frequent glitches, a total lack of coherent storytelling, boring gameplay and sluggish pacing, there’s not much Montague’s Mount offers that can’t be found elsewhere in a more attractive package. There’s some atmosphere for those desperate enough to tolerate a psychological horror that is less so than a Treehouse of Horror episode, or blind and deaf enough to push through the experience out of sheer boredom. Montague’s Mount serves as a testament to the failures of subtlety in gaming, and extenuates many draw-backs of its genre. Also, it ends on an awful cliffhanger further devaluing the nearly intolerable playthrough — not nice.