Microsoft’s new ” Get the Facts” campaign started over the weekend with a simple message – give people accurate information about the upcoming system. There’s nothing wrong with that and they made a fine-looking site that can be used as Exhibit A for someone to prove why they’re going to buy the platform. The site itself is all well and good, but then the campaign spread to social media, and things got a bit weird. I logged onto Facebook today and saw an image that simply annoyed me – moreso than the usual flood of contest spam and “funny” political cartoons. 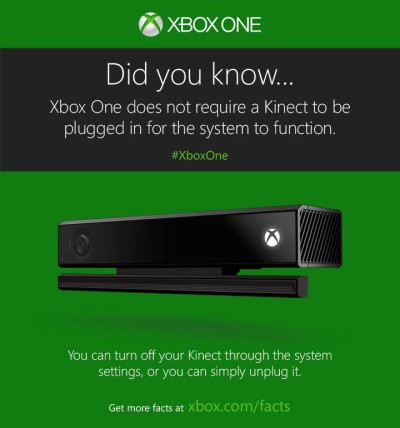 Now, there’s nothing technically incorrect about anything said here (other than the URL giving you a 404 error presently), but the image does neglect to mention that the system did at one point in time require the Kinect to function. By showcasing that the Kinect isn’t essential for the system to work, it does beg the natural question of “Well, why is it included then?”. By not making the item optional for launch, MS opens up a whole new can of worms through their own ad campaign. The Did You Know part comes off as talking down to the audience (and unfortunately isn’t so silly-looking that it can become an internet meme), while the hashtag is just asking for people to use it against the company.

Since saying that the system would require the Kinect, and outlining its DRM, they’ve done a complete 180 on their DRM stance and seem to be getting these images out to make sure that people know the system has changed. Two of the biggest controversies involved absurd disc-based DRM and a daily check-in via the internet for a game to simply function.

Microsoft has addressed the latter with an image outlining the new extent of online requirements for the system, and they’re far more reasonable. While I don’t realistically expect a company to talk about its past failures in an ad campaign, simply changing the hashtag-bait to #getcurrent would be far better since all they’re doing here is giving people more up-to-date information. The site itself mentions that you can do whatever you want with disc-based games, so I would expect an image based on that issue to come up any time now – along with a statement that buying digitally lets you use the game on any Xbox One system you’re signed into. 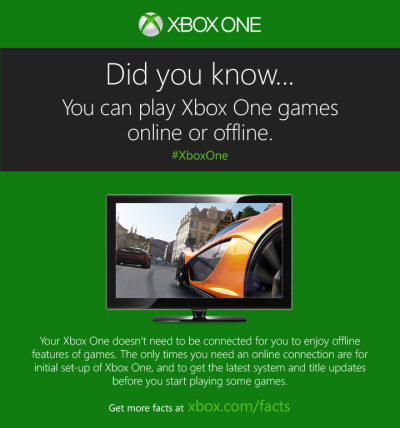 Another issue with the ads is that they’re so wordy they almost read like how-to pieces instead of things made to get you hyped about the system. They’re definitely going for a conversational tone, which is nice, but is only kept short in the Kinect image. The offline/online is nearly a paragraph of text and is about as exciting as reading an instructional manual. The ads seem to have the right idea – make sure people know what the system is now and not what it was four months ago. The problem is that doing it in this way just highlights that the stuff the images are trying to debunk, and are implying are very bad things, were in fact true at one point. Microsoft did at one point expect people to spend $500 on a system with the most obstructive DRM yet in console gaming. They also expected you to use the Kinect whether you wanted the device or not. These are facts that the company hasn’t tried sweeping under the rug before and has instead just owned up to them being mistakes. This campaign makes it seem like those things were never true and comes off as revisionist history.

It’s one thing to revise history after the story has been told – it is written by the winners after all. However, the battle hasn’t even begun yet. Neither system has launched, and even when they do, there’s no telling how they’ll fare in a year or two with Steam Machines and microconsoles like the OUYA and MOJO (jojo?) becoming a regular part of a player’s gaming rotation. The Get the Facts campaign comes off as an outdated way to inform consumers, which is rather fitting since the first thing I thought when I saw it was Dragnet – a 60 year old TV show (and an even older radio drama). There’s definitely a right way to do this kind of ad campaign, but I think the best way to go about it would just be through videos where everything can be explained verbally and with images to back up everything as well. There’s something to be gained by acknowledging the past faults of the system, and expressing great regret that they were ever there to begin with – then talking about how proud the company is as a whole to provide everyone with an experience that is fair to all.

As it is, the images gives you too much one-sided information, and it’s far too easy to poke holes in what they’re saying. The company has done an outstanding job of getting credibility back within the core gaming community by changing what they did wrong with the initial idea behind the Xbox One, and this campaign seems like a step back instead of a step forward. The fact that it’s coming so soon to the system’s launch doesn’t help, although it’s impossible to imagine anyone nixing a pre-order simply due to an iffy ad campaign. The system has an excellent lineup of exclusives, and I’d much rather see something devoted to extolling the virtues of Crimson Dragon over something that tries to whitewash the system’s DRM history. 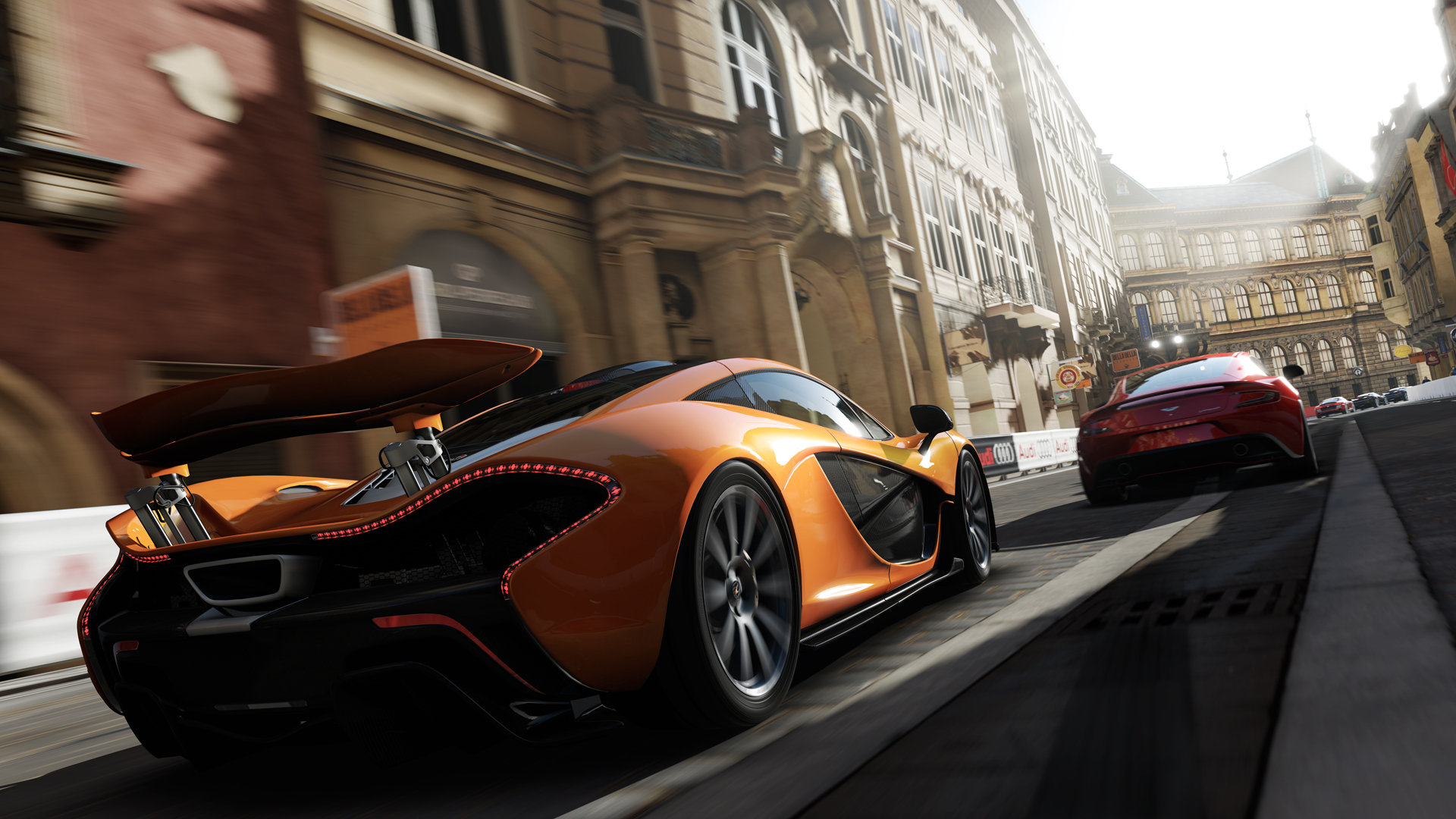 Now is the time for the company to give people as many reasons as possible to spend $500 on their system – especially with the PS4 losing some momentum with the delays of the first-party Driveclub and third-party high-priority game Watch Dogs. The company has made great strides in the past few months by changing the DRM and not looking back and as we’ve talked about on the Hardcore Gamer Show, the Xbox One’s game lineup is stellar. The exclusive games alone should be reason enough to make people want the console – without things like this ad campaign and “Xbox, TV, TV, TV!” muddying the waters.

Forza 5, Lococycle, Crimson Dragon, and Killer Instinct are personal must-have exclusives, while Dead Rising 3 is at least going to change things up from the franchise’s norm to some degree. Kinect Sports Rivals and Fighter Within have the potential to show why the Kinect is worth being tacked onto the system as a requirement. Hopefully this ad campaign is revamped a bit, because in its current form, it’s just going to result in old wounds that have healed up having salt rubbed in them and that won’t be good for gamers or the company. We’ve got a next gen war upon us and it’s time to enjoy the fruits that come with it – a ton of great games.