In the early 1900’s, the film industry was very different. While this may seem painfully obvious to anyone that tries to watch a movie from the humble origins of the medium, the differences in the film industry as it is now, and what it once was, go far beyond any technical limitations that may have be seen on the screen.

Among those differences, the one which will probably be hardest for many movie fans to really understand is how little regard the people who were in charge of films had for them. See, in those days, movies were still very much a technological novelty that few, if any, figured would turn into the integral component of global culture they would ultimately become. Relegated to penny arcades and a smattering of nickelodeon theaters, movies were used as little more than temporary cheap distractions, and by and large were often treated as such.

That mentality of movies being largely unimportant, combined with the high cost and space requirements of properly storing films, led to many studios disposing of works by often junking them en mass. Some, however, discovered that there was one final profit to be made off of them, and actually melted the reels (film and all) for the silver they contained. The image of an old-timey producer watching films melt down as he waits to cash in his newly acquired 30 pieces of silver, has become the iconic visual of a time when greed and a lack of foresight were commonplace in movie making, and few thought twice about setting ablaze the very history of film itself. As a result of those actions, it is estimated that 90% of silent films made before 1929 are forever lost, leaving film buffs only the chance to lament the movies that they’ll never see.

There are times when it feels like the game industry is motivated by a similar, though certainly not equal, level of greed when it comes to its past. Hardly a week goes by that a reboot or HD remake collection of a past franchise isn’t announced or released, while the future of backwards compatibility support grows murkier and murkier with each generation, depriving gamers of their most immediate link to gaming’s past. Instead, developers and manufacturers are more than happy to offer the chance to play the games of days gone by, so long as you are willing to pay for them again and again. As it appears that many people are doing just that, certain games get released and re-released, until the franchise’s state brings to mind the painful cry of that child from The Simpsons, who famously pleaded “Stop, stop, he’s already dead.” 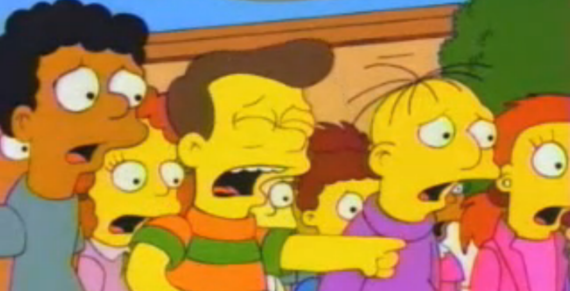 The treatment of gaming’s history by those in charge may not be entirely reminiscent of the days when movies were melted for a spare bit of silver, but in the minds of many gamers the carefree way that prior titles are being sold and exploited for a quick profit is spiritually reminiscent of the greed that made it possible to not give a second thought towards setting ablaze the once and future history of an entire medium.

In a way I sympathize with that mindset. In fact you can, without exception, cause me to roll my eyes when you tell me that Final Fantasy IV or VI has been ported to yet another platform. However, in a business filled with horror stories of greed and other atrocities, the treatment of gaming’s past should be a topic not viewed with scorn through weary eyes, but rather embraced and appreciated.

The most recent years of gaming have been nothing short of a revolution when it comes to making the history of video games accessible to everyone. Nintendo, Sony, and Microsoft all entered this generation really still trying to figure out how this whole “online thing” was going to work in terms of console gaming and, in the process of tremendously advancing that idea, quickly discovered that a great way to fill the newly available online marketplaces with content, was to reach into their back catalogs and make games of the past available for digital download. Perhaps, at the time, it was done as a cheap way to fill the marketplaces with content while making an easy profit. It’s difficult to say for sure. Regardless, whatever the motivation for those original releases may have been, it’s ultimately irrelevant when weighed against what would come.

Within just a few years of the initial classic games becoming available for download, retro gaming on modern consoles went from “Oh look, Pac-Man is on XBLA” to “ Wow, the better part of every console game I’ve ever loved is ready to download.” Meanwhile, sites like Steam and Good Old Games began the daunting task of making the considerable history of PC gaming available for digital download. It has reached a point now where there is hardly a corner in cyberspace to turn, where you are not offered the chance to purchase classic video games.

You’re most likely already aware of this, but I find that sometimes its easy to take these classic game’s availability for granted, and not really appreciate the full scope of the movement’s implications. For instance, consider the fact that were it not for the efforts of Steam and GOG (among others), there would be years of PC gaming that would have become obsolete and inaccessible due to technological restrictions. Thanks to the work put into restoring these games and making them not only playable on modern systems with little to no user effort required, but readily available, untold number of PC games over just the last few years have been saved from becoming digital artifacts.

What’s most impressive about these marketplaces though is the fact that they could serve their purpose by merely existing, but choose to go beyond. Going back to around 2006, I thought I would never see the day that games like System Shock 2, X-Men Arcade, The Simpsons Arcade, and Earthbound would be made available for current systems. Instead not only did all of those games see a re-release in recent years, but we’ve now reached a point where the resurrection of classic games in their, mostly, unaltered original forms has become so lucrative, that once impossible to break down licensing barriers are falling at a seemingly daily rate.

You really can’t overstate what all this means for gaming. On a basic level, it allows those of us who grew up with these games the chance to experience them again, but more importantly it affords that same opportunity to subsequent generations of gamers who never got the chance to play any of them in the first place. Not only does this help ahead of their time games like Earthbound get a second chance at success, but in a time when the future direction of gaming is as uncertain as its ever been, it has never been more important for gamers of all ages to get the chance to experience and understand where we’ve been before, when trying to judge, and possibly help shape, where it is we are going. Thanks to the innovations of this last generation of gaming, that’s a chance that’s more easily available than it has ever been.

Yes, at times the treatment of gaming’s history can feel motivated by greed. However, sometimes it’s vital in life to recognize when a compromise has been reached, and in preserving the history of gaming, I believe the industry has found the ultimate compromise. In exchange for a, usually, reasonable asking price, companies are now not only interested in keeping their vast catalogs accessible, but are now actively pursuing games that were once thought lost, in order to make them available as well. When you consider that gaming is best defined by its interactive elements, think of what a crime it would have been, and how much would have been lost, if companies hadn’t devoted so much time in recent years to making these games available to actually play again.

In the early 1900’s, they burned films to extract the last bit of profit to be found in them. In 2013, video game makers are reviving, restoring, and preserving their works for largely the same purpose. All things considered, I’d say we as gamers got the better deal.