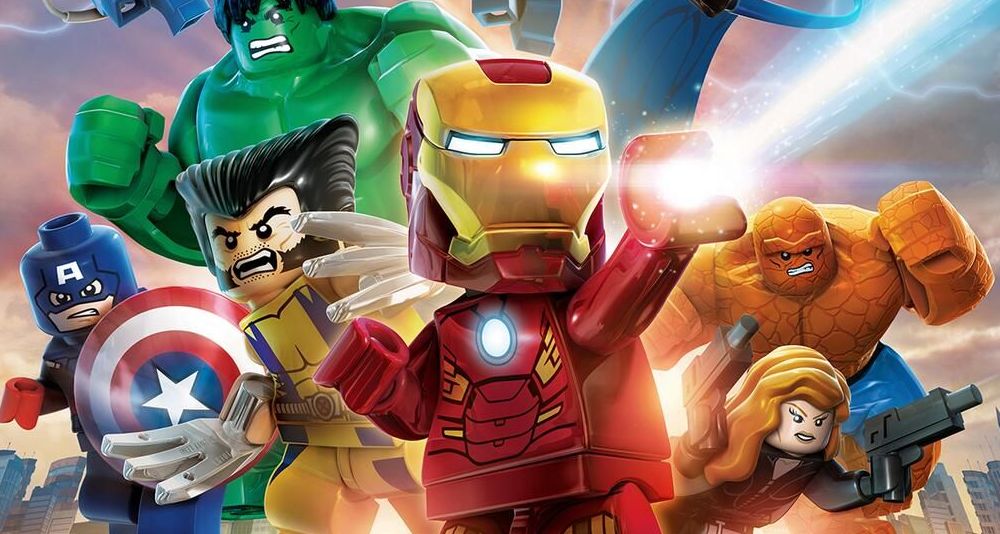 Say what you will about the battle between Marvel and DC, but Marvel has come up short in the game department this generation. DC has had great titles like Injustice, Mortal Kombat vs DC Universe, DC Universe Online and, of course, the Arkham series. Marvel, on the other hand, has had Thor: God of Thunder, Captain America: Super Soldier, Iron Man, The Incredible Hulk, X-Men Origins: Wolverine and X-Men Destiny. In fact, the only halfway decent games have been Deadpool, Marvel Ultimate Alliance and Marvel vs Capcom (and those barely count as Marvel games). Marvel fans have been frustrated for good reason, so when the news broke that the next Marvel game on the horizon would be LEGO-based, there were some understandable sighs and internal Hulk rage. Thankfully, however, Lego Marvel Super Heroes comes from TT Games and not only lives up the their fantastic track record of LEGO games, but comes out near the top of the pack in a game that does right by Stan Lee’s universe.

Lego Marvel is half a sandbox game and half a brawler, but it’s clear which half the game was designed around. There are multiple levels throughout that allow players to take control of various Marvel super heroes and do battle in famous locations. There’s the Baxter Building, Stark Tower, X-Mansion and Asgard, just to name a few. Each level is intended to be completed by two Marvel heroes, with puzzles designed around their special abilities. For instance, there may be gold walls which only fire-based heroes can cut through or hard-to-reach levers that only web-slinging heroes can snag. Each stage is replayable after completion, however, allowing  hidden items or passageways to be found that only certain characters can unlock.

Levels are bascially half beat ‘em ups and half puzzle solving. After clearing a room of bad guys, a puzzle will generally have to be solved to progress to the next area. This includes figuring out which lever or switch to activate, or smashing objects and rebuilding them into useful items. Some of these can be quite challenging, which is annoying at first, but then adds an enjoyable dynamic once you realize that the game is simply trying to make you think, something that any good LEGO product should do. At the end of each stage is a boss battle, most of which are dynamically designed. Highlights see boomboxes having to be built and blast out dubstep to defeat venom or activating spotlights to blind Abominiation.

There’s over one hundred characters in all, drawing from every corner of the Marvel universe, including Iron Man, Hulk, Spider-Man, Black Widow, Deadpool, Wolverine, Silver Surfer and tons more. Instead of simply treating these characters as skins, TT has designed each one to play differently and have their own unique super power. Spider-Man can swing and sling webs, Iron Man can fly and shoot rockets, Black Widow can become invisible and Hulk can pick up large items. This system leads to a large learning curve, however, but once you get a grip on the basic system (A jumps, X attacks, B activates the special ability and Y swaps characters), jumping between characters is slick.

Instead of directly hopping from mission to mission, Stage 4 or so sees a central Manhattan hub open up that can either be used to navigate to the next level, complete sidequests or simply screw around in. Missions typically start on the Helicarrier before skydiving down into the city. The city is surprisngly large, allowing for probably a hundred or so sidequests, including races, fetch quests and more. Unfortunately, most of the available activities are uninspiring at best and broken at worst. The fetch quests bear the brunt of it, with practically every one boiling down to “go get an item or bring back a person.” They’re not all that fun and heavily flawed in that the objectives don’t always show up in the correct place, items disappear and bringing back characters is a chore as they won’t get into your vehicle and often become stuck behind walls or other barriers. The inclusion of the sandbox is tough one to judge, as simply running or flying around the city and looking for the hidden golden bricks is enjoyable, but the rest of its features feel low quality compared to the main storyline. Perhaps the game would have been better if this aspect was not included at all, as there’s enough content with just the missions alone.

Besides the great mission gameplay, by far the biggest strength of LEGO Marvel is its humor. The game is surprisingly hilarious, with multiple belly laughs to be had. There’s Shawarma references, surrealist humor and oh so much more. It’s a game clearly written by people who have a grasp on the inner-workings of the Marvel universe and exploit its foibles in clever ways. The game could have easily featured a throwaway storyline with boring dramatic dialogue, so TT should be applauded for spending the time to produce something that doesn’t insult fans of these great comics and films. 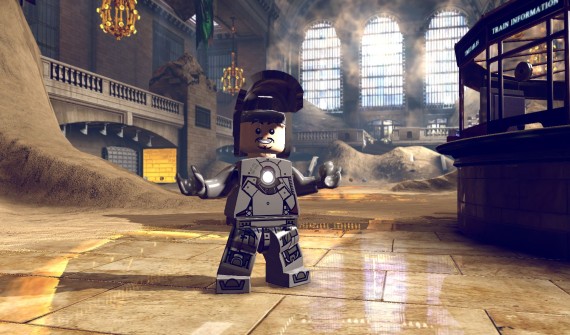 Give it to LEGO to inspire of one of the best Marvel games this generation. Of course that’s not saying much given the trash we’ve had before it, but it’s a good game in its own right. It features smooth beat ‘em up gameplay, clever puzzle solving and enough content and playable characters to entertain even the most stubborn Marvel fan. On top of that, it’s utterly charming. LEGO Marvel Super Heroes may be rough around the edges with a shaky sandbox setting, screen tearing and generic music, but it does right by the Marvel universe and offers an experience that can be loved by both devoted fans and children alike.