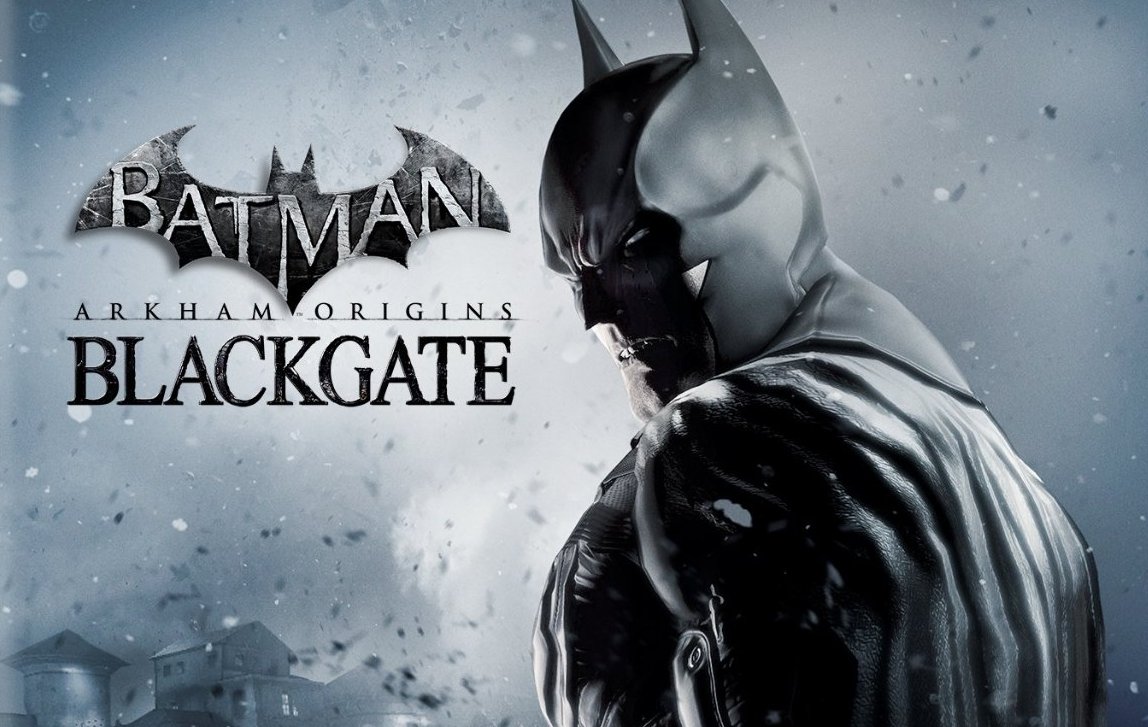 Portable versions of console games are a funny thing. A developer can either go the route of trying to downsize the console version on a handheld, adapt it as good as possible given the graphical limitations of the device (often seen during the GBA era) or create an entirely new game that shares its big brother’s namesake. The last of those is happening more frequently lately with games like Call of Duty: Black Ops Declassified, Sonic Lost World, Assassin’s Creed III: Liberation and now Batman: Arkham Origins Blackgate. Instead of dwarfing the console experience into something that could fit on the PS Vita, WB has contracted Armature Studio to create an entirely new experience sharing the name. The result? A 2.5D Metroidvania. 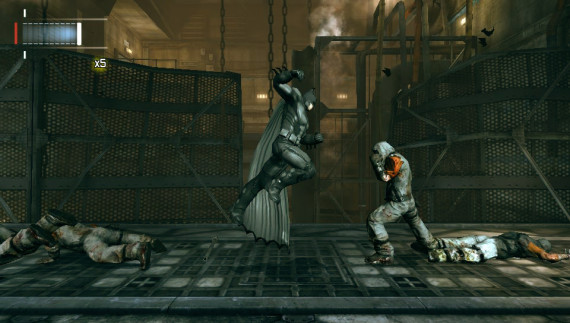 Blackgate takes place three months after the events of Batman: Arkham Origins and, spoiler alert, Batman survived and defeated the baddies. Enjoying a nice Gotham night, Batman is interrupted when Catwoman shows up and attempts to rob a building and sexually frustrate him. He goes after her and eventually captures her, locking her up in Blackgate Prison. She soon gets word of nefarious plans from some of the inmates and alerts Batman. He then decides to infiltrate the prison and make sure the villans he so recently imprisoned stay that way. The story begins to take a backseat to the action after the prologue, but there’s still a surprising amount given the game’s nature. Everything unfolds either through transmitter conversations or motion graphic novel style cutscenes. These are surprisingly well-done, hand-drawn in a beautiful style and voiced by talented actors.

As previously mentioned, Blackgate is a Metroidvania. While the previous Arkham games draw from this genre, Blackgate is about as close to a 2D Metroid/Castlevania title as possible. There are three maps that comprise the prison, filling in as new rooms are discovered. Some areas are only accessible after unlocking an item later in the game, many which hide secrets like Detective Files that unlock concept art or parts for upgraded suits. Gear includes the Batarang, which can cut or hit inaccessible objects, the Gel Launcher, a pneumatic gun that fires canisters of explosive gel remotely detonated from afar, the Batclaw, used to pull unreachable objects, and the line launcher, which gives Batman a surface to crawl on. Each can be swapped to on the fly using one of the d-pad directions and need to be constantly utilized throughout to progress. 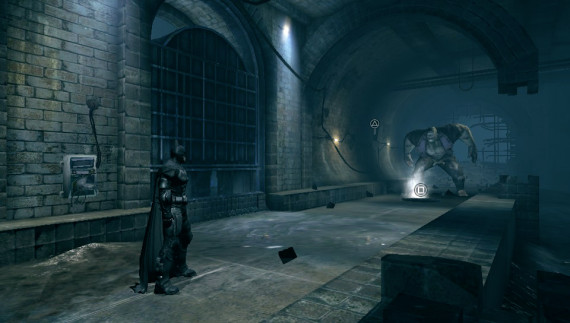 Like games of its ilk, much of getting to the next room involves figuring out a puzzle of sorts, usually boiling down to what thing needs to hit something. In Blackgate, this tends to be either incredibly rewarding or devastatingly frustrating. I love the feeling I get upon finally figuring out the solution when I’m stumped looking for how to get to the next area in Metroidvanias, which happens a lot here, but there’s far too many instances of the answer being horribly unintuitive. For instance, in multiple instances, it seems there is no way out until you realize there’s a small patch of ceiling that can only be discovered in the “Analyzer,” allowing players to drag their finger around the screen illuminating interactive objects. There’s one instance that was bad enough that we and many others thought it was game breaking, the solution just now beginning to be spread around. Players should be constantly challenged in these sort of games, but the difficulty here comes not from being clever, but instead unimaginative to the point nobody considers the solution as a possibility.

When the game works, however, it’s a blast to navigate through and explore new areas.  Keeping track of a huge map and figuring out correct routes is entertaining and a formula that will remain that way for decades to come. The aforementioned gear is fun to use and the general tone, sound and story keep you invested, obsessed with clearing the whole map and taking down the likes of Penguin, Black Mask and The Joker. Unfortunately, the map itself makes this more difficult than it should be. Pulled up by pressing the select button, it’s complete gibberish most of the time and doesn’t match the level design. For instance, you could be heading west, but heading straight north on the map. This makes it hard to know which direction is correct and renders backtracking a chore, forcing players to rely solely on their memory. 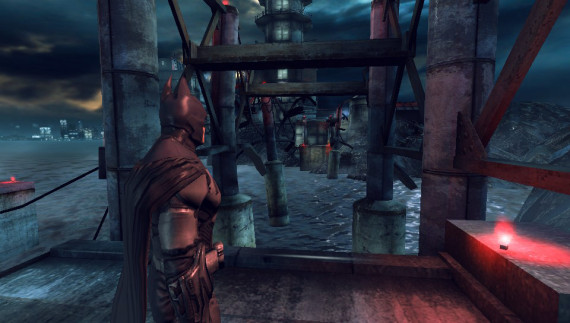 The Metroidvania formula will forever remain one of gaming’s best, so whenever a modern 2D (or 2.5D in this case) version is announced, it’s cause for excitement. Blackgate doesn’t exactly do anything new and is derivative of practically every predecessor in its “genre,” but that doesn’t mean it’s not a whole lot of fun. It’s challenging, adds a few interesting gameplay mechanics and makes players use their brain instead of mindlessly smashing through villains. It’s a shame, then, how unpolished the whole effort is with some lazy puzzle solutions, cheap looking on-screen prompts and an absolutely horrible map that can’t even be navigated with the touch screen. The strength of the core gameplay and story told through beautiful motion graphic novel cutscenes make it well worth a playthrough, but its most challenging aspect may be shaking the constant reminder of missed opportunities.