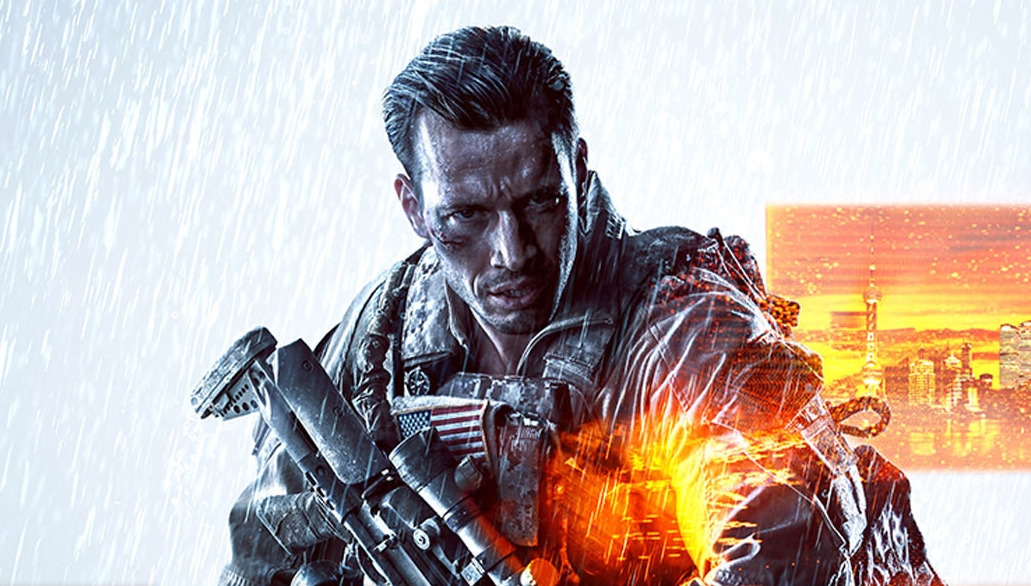 When booting up a Battlefield game, players are in for a very specific experience. It isn’t rare to see someone eject out of their jet after firing a rocket at and destroying an enemy helicopter, only to jump back in the plane and fly off safely. It’s chaotic, unpredictable, addictive, and now, better than ever.

Where its predecessor’s close quarters combat left much to be desired, it reigns as one of Battlefield 4‘s greatest strengths. The loose, somewhat sluggish, mouse controls seen in Battlefield 3 have been overhauled to allow for quicker reactions and more precise maneuvers. One of the greatest assets in delivering a more satisfying boots-on-the-ground experience is the implementation of automatic “leaning.” When at the edge of a wall, or when crouched behind a waist-high place of cover, pressing the “aim” button will cause you to automatically lean-around or peek-over your cover. 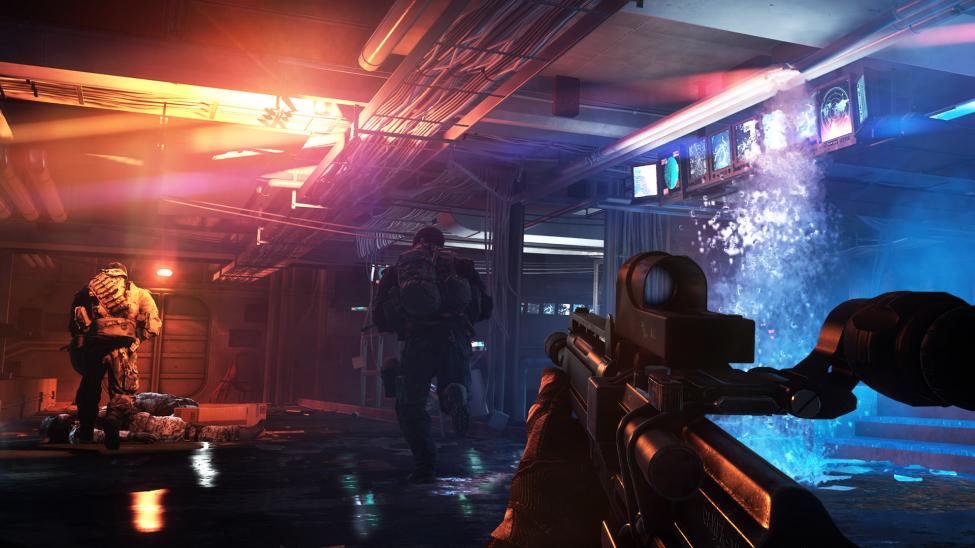 With its much sturdier footing in the field of close quarters combat, situations that encourage it are much more prominent in this entry’s arsenal of maps and match-types. Without divorcing it entirely, Battlefield 4 moves away from its predecessor’s large, grassy plains in favor of towering, urban settings. Nooks and crannies are abound and each rooftop could house a possible threat. Battlefield 4 demands that you maintain an acute awareness of every axis of play, and it presents a fantastic challenge – even to veterans of the series.

Along with the slew of stellar classic Battlefield match-types like Rush and Conquest, Battlefield 4 offers a few new modes to capitalize on its more infantry-dependent environments., the most successful of which is Obliteration. In the mode, two teams of thirty-two parachute-in from either side of the map and are tasked with fighting over a single bomb that spawns at random points. Once a player has grabbed the bomb, they do their best to run to one of their enemy’s bases, with the goal of detonating the explosive. Each team has three bases, and the first team to destroy all three of their enemy’s bases wins. The mode plays-out like an outrageous game of cat and mouse, in which the roles of cat and mouse are swapped every few seconds. This mode in particular is fantastic at housing an impressive amount of those signature “Battlefield moments” within a single match. The first time I played the mode, I remember manning the mini-gun that was mounted on the back of my squad-mate’s speedboat. A little bird helicopter then swooped in from above, and I instinctively vacated the boat just as it began to explode under the rain of the little bird’s gunfire. Luckily, I was close to shore, so I was able to quickly equip my Stinger and take out the enemy aircraft. It was an exhilarating and thoroughly satisfying moment, but my pride quickly got the best of me, and I was gunned-down moments later.

Similarly chaotic is Domination, a mode that is very similar to Conquest, but is heavily compressed and doesn’t allow the use of vehicles. The infantry-only game-type crams dozens of players into a relatively small map with three bases up for capturing. The result? Utter chaos. The mode successfully magnifies just how much better the infantry combat is in Battlefield 4 and shows that the series no longer depends on huge maps nor vehicles to be entertaining.

The most heavily publicized feature new to Battlefield 4 is undoubtedly “Levolution” which causes large portions of the map to, well, evolve. Sometimes Levolution is triggered by player action, and somtimes it happens randomly during a match, but it always change the flow of the game in a meaningful way. Perhaps the most dramatic example is the Levolution possible in the “Siege of Shanghai” map, in which an entire skyscraper can topple down. The top floor of the tower begins as a control point, but by the end, players may be fighting over the pile of rubble where the building once stood. It changes the tactics needed to capture the control point, and watching the tower fall is a spectacle to say the least, beautifully rendered in the incredibly efficient Frostbite 3 engine. We’re closer than ever to fully destructible maps, as most explorable buildings can be destroyed with a few well-placed C4 charges, and most any wall will crumble at the impact of a rocket. It’s possible to fire a rocket at something to no effect, but luckily, that disappointing event doesn’t occur too often. 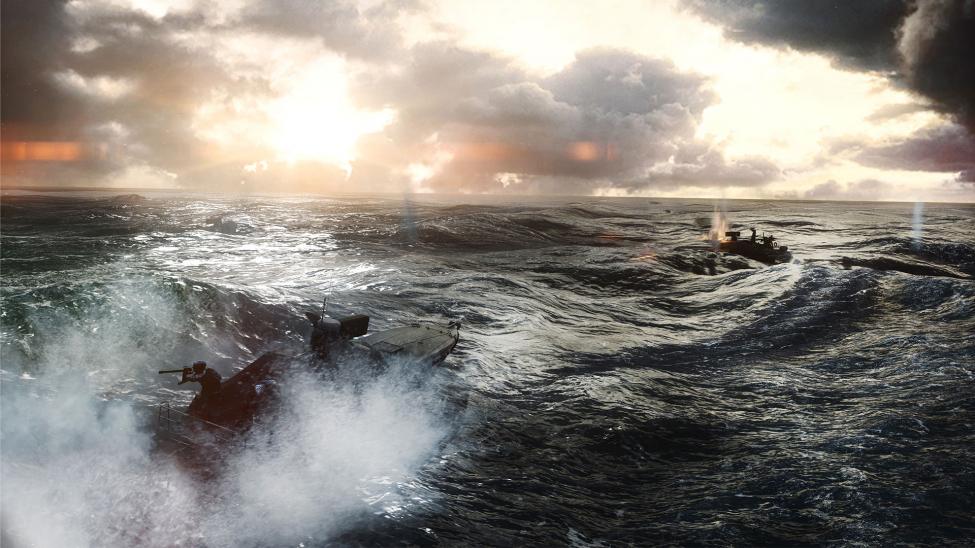 Another new feature is the game’s server-consistent wave simulation, which actually manages to make boat-on-boat combat interesting. Each violent wave and ripple in the water shown on your screen is identical to that of other player’s screens. As you might expect, boat chases are significantly more exciting when each boat is jumping off of waves with each player’s reticle swaying violently with the sea.

The class system has been completely overhauled to be significantly less restrictive. Though there is still some policing, players are no longer restricted to such a specific type of weapon because of their class. Unfortunately, players who are new, or don’t have quite as much time to rank-up as others, will be at a distinct disadvantage, as some of the higher-tier weapons are quite powerful when compared to their low-level counterparts. While vehicle handling is otherwise untouched, one oddity is that ATVs handle in a very loose and unpredictable manner and some vehicles (namely the game’s boats) are a bit over-powered and take far too much fire-power to put out of commission. There are also a few maps that allow for the use of jets, but some feel too small to properly accommodate such a speedy vehicle. These are all just minor quibbles that could be altered with a simple patch, though. The game’s campaign, on the other hand, is a different story.

You play as Recker, a silent protagonist who after a series of unfortunate events is told to lead “Tombstone,” a small squad of marines that for most of the game consists of only two other characters: Irish and Pac. The three of you end up being America’s last hope in ending a war between yourselves and the Chinese military after America is framed for killing a man who would have supposedly been China’s perfect leader. The conflict doesn’t get less nonsensical as the plot moves forward. In fact, things just get more confusing and the reason for a war of the ridiculous scale presented continually makes less and less sense. The only consistent thing within the story to grasp onto is that once a mission ends, something big is going to blow up, and you’re likely going to be knocked unconscious.

It also doesn’t help that bugs are littered throughout the campaign. Most of them were somewhat small, but still significant inconveniences. For instance, during several missions, my squad-mates would stop following me, forcing me to revert to my last checkpoint, which would usually cause me to lose eight or more minutes of progress. But no doubt, the biggest, oddest glitch was that the Tactical Visor – a piece of equipment that you’re told to use before entering a firefight – was completely inoperable. Luckily, though, using the Visor isn’t a requirement for any mission, but having the game give you button-prompts that don’t cause any on-screen reactions is always confusing.

The word “drama” was thrown-around quite a bit when Battlefield 4‘s campaign was being discussed, but most of the game’s “drama” consists of your squad-mates whining about the orders they just received, or aggressively expressing unfounded distrust toward each other. Pretty much everything about the single-player is a step-down from its predecessor’s already mediocre campaign, as it takes you through many of the same paces, only by dramatically less interesting means. Luckily, the story is mercifully short, and the game’s fantastic shooting mechanics are intact throughout. But quite honestly, why would anyone want to sink five hours into this incredibly short and utterly disappointing campaign when those hours would be spent in the spectacular multiplayer? 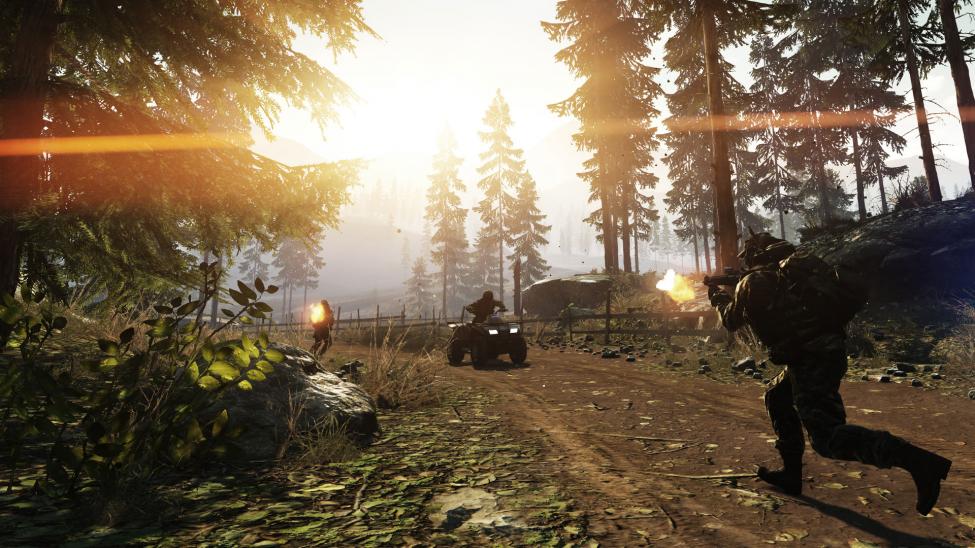 Gamers come to Battlefield to drive ATVs strapped with C4 into enemy tanks, barrage enemy troops with RPG-fire while parachuting from their buddy’s helicopter and more outrageous activities that Battlefield 4 delivers in spades. With improvements and additions to the tried and true formula, the lackluster single-player can’t hold the game down — the explosive multiplayer playground simply must be experienced.