It’s Halloween, which is the perfect day for vampires like Dracula/Gabriel Belmont to stalk the Earth and claim vengeance over us foolish mortals.  Yes, Konami has released a brand new trailer for Castlevania: Lords of Shadow 2 for PS3, Xbox 360 and PC.  Oh, they’ve also revealed Collector’s Editions for Europe.

The trailer focuses squarely on Gabriel, now going by the name Dracula and his relationship with other key characters in the game.  These include Carmilla, the second Lord of Shadow; Alucard, his son who despises him; and Marie, his wife who he was tricked into murdering by Zobek in the first game.  This trailer is direct confirmation that all three characters will play a prominent role in the story.

Konami has also revealed a special Premium Edition and Steelbook Edition of Castlevania: Lords of Shadow 2.  Right now these editions have only been announced for Europe.  We’ll have to wait for Konami to announce the North American versions.  Here are the contents of the Dracula’s Tomb Premium Edition, which will be sold exclusively at GAME: 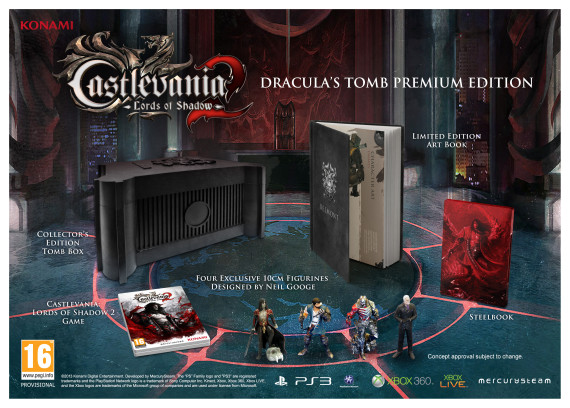 The contents of the Steelbook Edition vary depending one where you pre-order.  You’ll either get the ‘Premium Dracula’ suit, a ‘Dark Dracula’ costumes or a ‘Relic Rune’ pack.  However, everyone who pre-orders will still get the Steelbook. 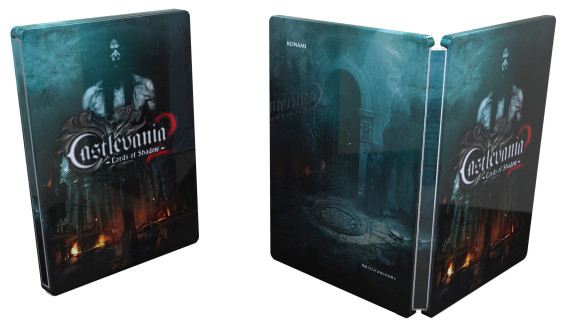