Glitches aren’t generally terrifying, right? They’re usually no big deal. They’re just parts of games gone wrong — a missing quest here, a missing limb there, a deformed character model that’s grotesquely misshapen, you know. The usual! Wait, something about that wasn’t right. Okay, you got me. Sometimes, glitches are downright horrific. They’re the stuff of nightmare fuel, and can turn innocent games into something much more sinister. Think I’m wrong? You just haven’t played the right games yet. Submitted for the approval of the Hardcore Gamer society, I call this story “The Tale of the Five Creepiest Glitches To Haunt Your Dreams.”

I’ve got a bone to pick with the awful Sherlock Holmes adventure games. Not only are they dull, but they’re just not made quite well enough. This is especially evident within the Nemesis installment, where Watson makes a bizarre nuisance of himself. You can choose to play as Holmes or Watson, but most of the time you’ll likely play as Holmes. Watson stays close by your side in case you should need him, but when I say “close,” I mean “right on top of.” You blink, and Watson’s by your side. Turn around, and he’s there. Turn to the other side, and he’s there. Perhaps this isn’t a glitch so much as something intentionally weird to spook players, but it’s unsettling enough that it belongs on this list. For sure. 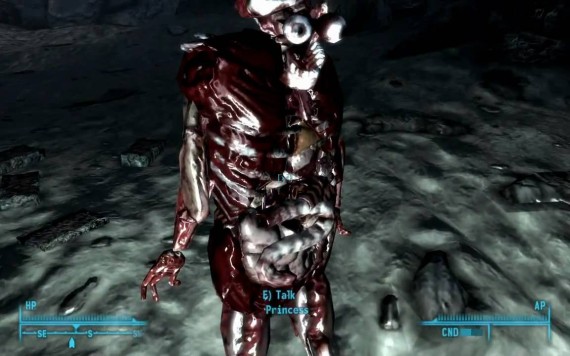 It might just be me being a weirdo, but this isn’t creepy to me. I’m fascinated by it. But not everyone is a nightmare fetishist with a penchant for the bizarre like me. It’s okay, I own it. And I’m pretty excited for this part of the list, which is actually a far-out model of a little girl that’s somehow gotten glitched out so that all of her innards are hanging in mid-air. To make matters worse, she’s named “Princess.” Princess Bloody-Face, we’ll call her, as she tries her best to live a normal life despite the endless hatred and torment from her peers. How can she still see when she can’t blink? It is a marvel of modern medicine. 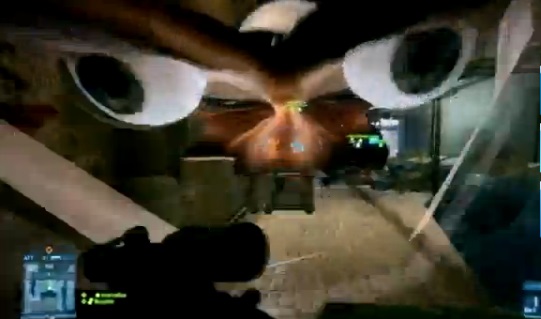 It’s a typical day. You join a multiplayer game ready for some carnage, when you see some peculiar shapes on the horizon. It looks vaguely like a helmet. And some eyes. Maybe a face. Your face twists into a grimace as you make a starting realization: this is another soldier! It could even be a teammate, moving about as they’re so enormous and deformed they’re actually trapped within the map. Their eyes are bulging out of their head. They’re forced to live in a hideous shell of their former selves…at least until the next round, and you’re stuck in there with them. Happy gaming!

The basement in this already-spooky manor is home to several mannequins, wooden and sullen, all around. They seem innocent enough, but players will find a terrifying secret should they  place armor on the mannequins: they get up and move around, sometimes being found in several areas throughout the house. It’s uncertain if this is a glitch or something that’s scripted into the game, but either way it won’t do well for those with a fear of inanimate obiects. 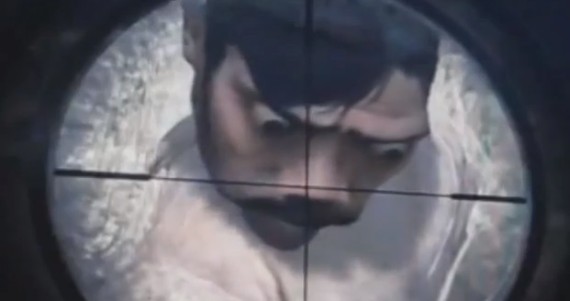 Man-cougars that charge at you, bird people, and bodies twisted into grotesque forms are only some of the “manimals” you might encounter in Red Dead Redemption, which is chock-full of similar surprises. These wretched souls move about just like the animal models in-game, which makes them all the more unsettling, especially the way their human bodies are draped to match their animal counterparts. And you thought Rockstar didn’t do creepy.