A bizarre twist in time struck Ubisoft today, with the result being that the entire company slipped into early 2014 without having to go through any of the intervening months.  Where once stood buildings filled with employees, developers, managers, and marketers there’s now nothing more than a space that’s either empty or far too full, depending on how you view it.  Leading temporal physicists speculate that this backs up the theory that time travel is possible if you’re only going into the future, but more importantly believe Ubisoft’s 4th-dimensional misadventure should drop them back into our limited perception of multidimensional space sometime in early 2014.

Evidence of Ubisoft’s temporal instability first popped up earlier this year when Rayman Legends slipped from February to September.  At the time it was a slightly disturbing one-off occurrence, and excused as a need to bolster the game’s sales by turning it mulit-platform.  Everything seemed fine for a while, but evidence now shows that Ubisoft was being held to the present by duct tape, paperclips, and a whole load of wishful thinking.  Once mid-October hit the time-slip kicked in at full strength as first Watch Dogs and then DriveClub (which was to be the PS4’s first big PS+ giveaway at system launch) both dropped to a nebulous “early 2014” release.  Ubisoft managed to keep a toehold on 2013 long enough to see Assassin’s Creed IV released, and thankfully that includes the forthcoming PS4/Xbox One versions, but the final temporal straw broke the chrono-camel’s back today and now South Park: Stick of Truth is lost with the entire company and its remaining 2013 lineup. 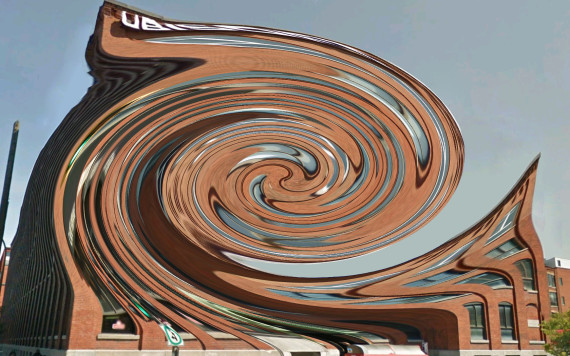 Fortunately, this is little more than a minor inconvenience.  Police have put up traffic cones around the eye-watering pinpoints of spacetime that are all that’s currently left of Ubisoft’s offices.  It’s speculated that when they pop back into existence it will happen as quietly as when they left, and  probably won’t send shockwaves racing around the planet’s crust in a global cataclysm that would make Roland Emmerich worryingly excited.  Once the company and all the people who give it life return they’ll quickly get back to speed, pumping out the lost AAA titles at a measured pace until they eventually get caught up.  In the meantime, the one question left to puzzle accountants is whether the time-lost employees get paid for the roughly four months they appear to be gone from our side of the chronal divide, or the complete lack of time they experience until their return in early March.