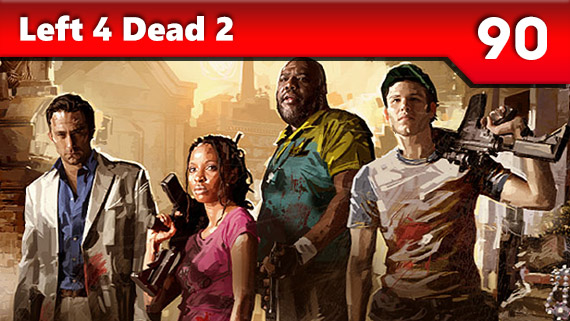 The quintessential “zombie game” for our generation was succeeded by Valve’s follow-up that took the reins and ran with them, serving up a knock-down, drag-out battle between new Survivors and the Undead. Every bit as hilarious and tongue-in-cheek as the original game, Left 4 Dead 2 was a shining example of how to do a sequel right. We’re still waiting on the third game, but we can imagine you still hop on, take up the mantle of Rochelle or the other awesome cast, and make some Boomers explode. When you keep coming back years later, you know it’s good. 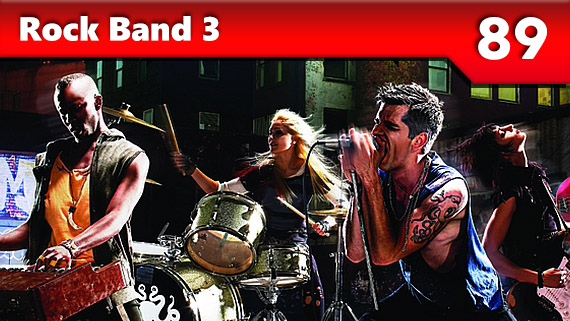 After the Guitar Hero boom and subsequent crash, we needed something to fill the void for voracious rhythm gamers. A deliciously diverse catalogue of on-disc and unlockable songs, multiplayer that perfected the feeling of being in an “actual” rock band, and a whole new interface gave Rock Band a satisfying sendoff as the genre seemed to stagnate. Even though new songs have ceased releasing, you still can’t help but look back fondly on this exemplary piece of software brought to us by Harmonix, and we’ve got to hold out hope that eventually, there will be a new game to take its place. 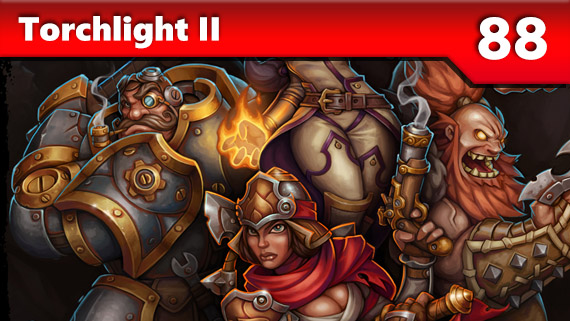 Diablo III let the masses down, but in between games we had something nearly even better: Torchlight II. Call the original game what you want: a copycat, a clone, or what-have-you, but it took the dungeon-crawler and perfected it, augmenting it with satisfying loot, plenty of missions, and cooperative play that had us forgetting all about Diablo for the time being and basking in this excellent point-and-click-fest’s colorful glow. 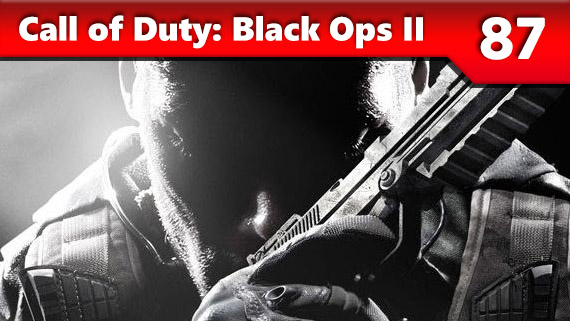 Treyarch brought their A game with Call of Duty: Black Ops II.  Not only did it feature one of the best stories in the franchise, it also changed up the Call of Duty formula in many ways.  The campaign was well written with a strong villain and, for the first time in the franchise, actually make choices that affected the outcome of the game.  It also brought about the biggest multiplayer challenges the franchise has seen in years allowing players to truly make the class they want to play as. Call of Duty: Black Ops II is a testament to just how far Treyarch and the Call of Duty franchise has come over the generation. 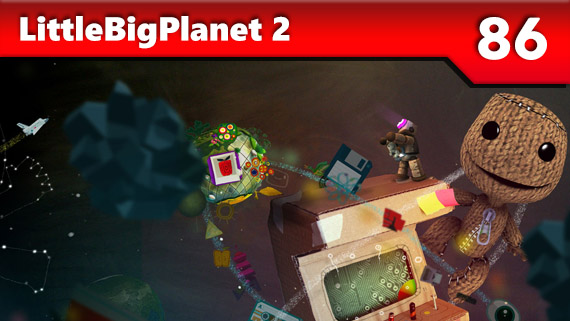 Much like Uncharted, LittleBitPlanet was a sound concept hurt by an execution everyone knew could be done better later on. In LBP’s case, its emphasis on level-creation was groundbreaking, but its limited creation tools for anything but platforming held it back. The sequel lifted that restriction and allowed for nearly anything you could imagine to be created. Gone were the days of playing a platformer-based racing game with iffy execution. Now, you could play a proper racing game, a shooting game, or even partake in a clone of Hyper Hexagon if you so desired. With a nearly limitless replay for players, and a wide open canvas for creators, LBP 2 remains the gold standard for creation tools on consoles – and features some of Stephen Fry’s most hilarious voiceover work to boot. 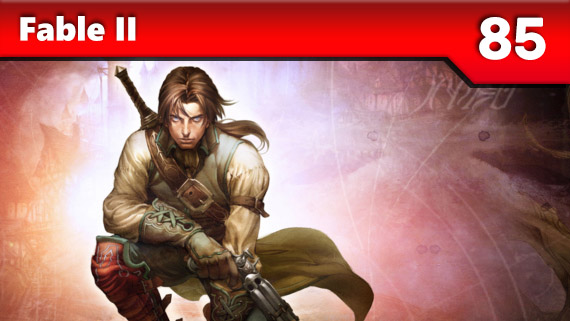 Say what you will about the often-outspoken Peter Molyneux’s most recent games, but Fable II was something special. To this day, we remember its remarkably grim and – at the time – fairly shocking opening. While some griped about the in-game dog’s insignificance and remarked that the game’s ending was “unsatisfying,” many appreciated the things the game tried, and in many cases succeeded in doing. The game was also incredibly well-polished, and sported a beautiful fairy-tale art-style, complete with exaggerated, but fun, animations. Though you could argue it’s been topped over the years since, at the time, Fable II set a pretty high water-mark for action/RPGs of its kind. 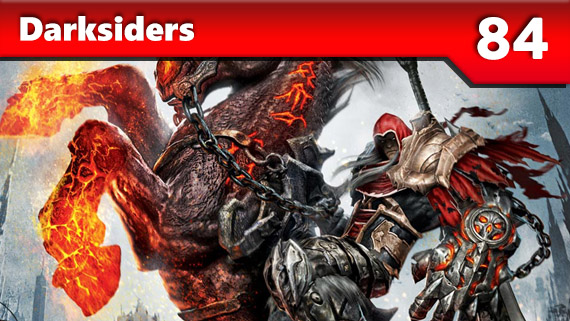 Darksiders is the brilliant first entry, in what was looking to be an awesome series. The game followed the first horseman of the apocalypse War, who was on a quest to prove his innocence. From here, the story takes a number of twists and turns, but never really lets you down. The same goes for the gameplay, which was often compared to The Legend of Zelda. Darksiders takes place in an open world environment, with many secret items hidden behind puzzles or utilizing your various skills. The combat system was also fairly simple, which made it perfect for someone of any skill level to have a good time. 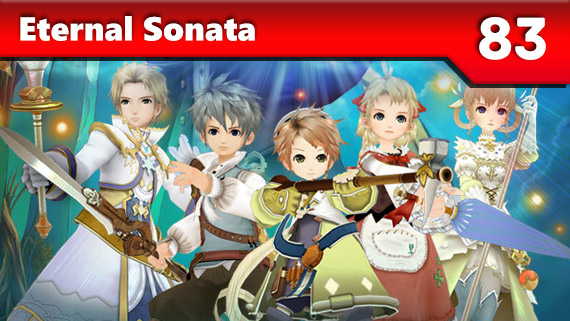 Arguably one of the most under-appreciated games of this generation, Eternal Sonata is a mixture of a gorgeous art style, a fantastic musical score, and addicting turn-based gameplay. This was tri-Crescendo’s first fully developed game and it did not disappoint. Who would have thought a story based on the deathbed of one of the greatest composers in history, Frederic Chopin, would have turned into a Japanese RPG with redeeming qualities? It’s such a wild concept, but tri-Crescendo was able to capitalize on it with their musical background. There’s nothing really like it out on the market, making it a unique and astonishing experience. 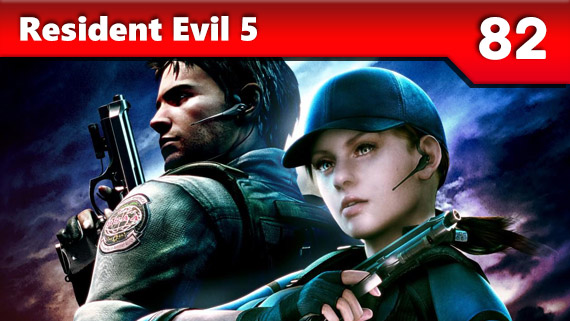 There’s a reason why Resident Evil 5 is Capcom’s highest selling game ever, even surpassing the mighty Street Fighter II, which held that title for decades. Nevertheless, the RE franchise may not be what it once was, and 5 is even partly to blame for that. However, the fifth installment in the much loved franchise is perhaps the pinnacle of its mechanics, storytelling devices, and gripping terror. It’s a hard-hitting action game, laden with strong horror elements, and seemingly knows when to play the creepy card, and when to dial up the action for a heart-pounding romp through the badlands of Kijuju, Africa. Oh, and did we mention it’s downright beautiful? Yeah, cause it’s that, too. 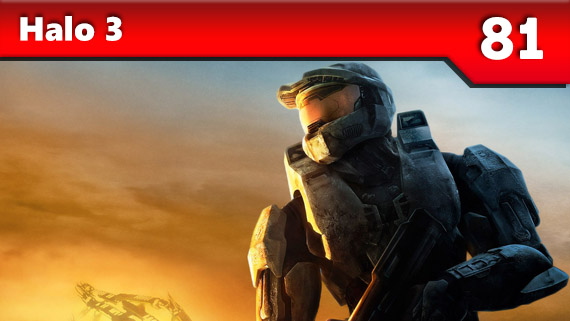 The thrilling conclusion to the Halo trilogy (or so we thought back then) was a fitting return to form for players who had faithfully followed Chief and Cortana through thick and thin. The “finish the fight” motif was a suitable coda for a game with explosive shootouts, vehicular action, and multiplayer to rival Call of Duty’s at the time. It was an unforgettable campaign that gave us a satisfying conclusion, but plenty to go on for the game we’d eventually see — Halo 4. Where Halo 2 languished, Halo 3 hit its stride, and we’ve been singing its praises ever since.