It’s been a long time coming, but today marked the release of the PC version of The Pinball Arcade.  Months of beta testing, bug-eliminating, and general polish finally turned into a release product, and it’s following the iOS format of limited free-to-play.  The initial download contains a fully-unlocked table, Tales of the Arabian Nights, complete with the bonus Pro Mode options.  Anything more than that costs money, of course, but even if you never spend a red cent it’s still hard to argue with free pinball.

While on the surface the PC version is just another platform for The Pinball Arcade, it’s got the advantage of being the definitive one.  The XBLA version got bogged down in a legal quagmire when Crave went bankrupt and MS wouldn’t let Farsight self-publish, and the PS3 version has strange lag issues with the flippers that make landing a precise shot deeply annoying.  iOS is nice if you like touch-screen, but  personally I can’t do a thing with ’em.  A full-sized screen with controller in hand on a platform that isn’t on the verge of retirement seems the way to go, although you could make a good argument for the forthcoming PS4 version using those criteria.  At the moment there doesn’t seem to be too much difference between the PC and PS4, based on the screens released so far, although both could stand to have higher resolution textures for the playfield art.  There’s a ridiculous amount of fantastic pinball to be had and the PC version plays great, though, so check out the free table and see if it forces you to buy a few dozen more. 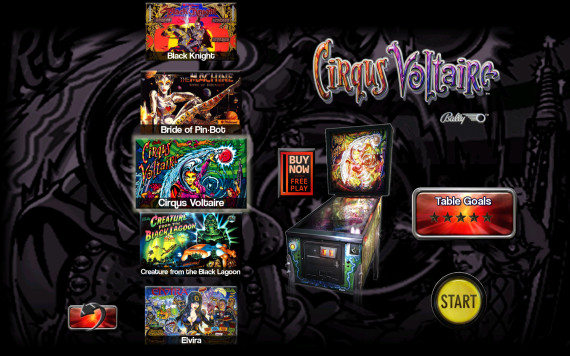