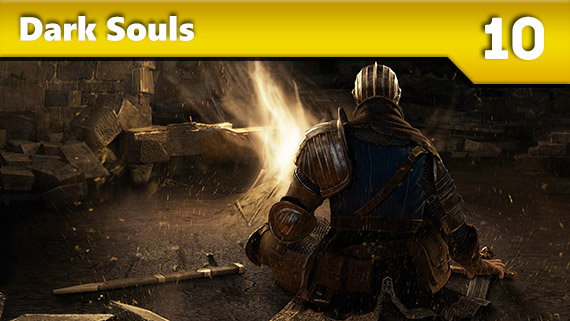 It was debatable where From Software’s two babies would end up on the list, but it was clear they would be near the top. Because Sony owns the rights to Demon’s Souls, a spiritual successor was born. This isn’t your run of the mill “let’s capitalize on a game’s success by making insignificant changes;” this is a complete overhaul on the entire world and some combat systems. The core gameplay may feel very similar, but the various changes add up in creating a new system to experiment with. Throw in a huge open world with interconnected paths and a disturbing history, and you have a mystifying fantasy to explore. Now all they need to do for the sequel is ensure that the story is a little more coherent, rather than everything being stuffed and hidden within the descriptions of items. There’s so much to the Kingdom of Boletaria that so few people actually understood. 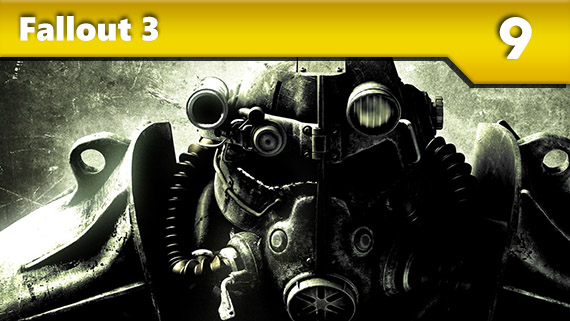 It’s true that war never changes, but the world in which it takes place in sure does. As a sequel in the once defunct Fallout franchise, Bethesda managed to balance the absurdity that the series was known for with their classic take on role-playing, open-world goodness, offering levels of freedom rarely found elsewhere. With a devastatingly corrupt government at the helm of a dilapidated society, dozens of interesting stories to discover within a massive map of DC and surrounding areas, a quest of scientific intrigue and hundreds of hours worth of exploration and fun, Fallout 3 catapulted to the forefront of its genre in 1950’s attire, and with a robot sidekick fumbling down an irradiated hillside. Few games are able to deliver both nonsense and sincerity with such satisfaction, but Fallout stands tall with an American flag in one hand, and a Chinese pistol in the second. 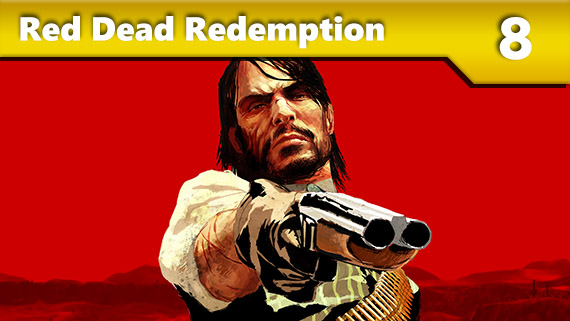 Set in the final years of the wild west, Red Dead Redemption was the western game we had been clamoring for since the dawn of three-dimensional video games. Not only did the game allow you to live out those cowboy fantasies of apprehending wanted criminals and coming to the rescue of those in distress, but it allowed you to live-out those slightly less heroic western dreams. It also featured one of the most well-written stories the gaming medium has ever seen, in which the protagonist, John Marston, fights for his freedom in an attempt to leave his violent past behind him. Red Dead Redemption was chock-full of intense moments of excitement, and melancholy. Conversely, few things at the time were as relaxing as riding your horse through the wild frontier, and hunting the local wildlife. The game set the standard for games set in the wild west and, impressively enough, no other game has come close to reaching that standard. 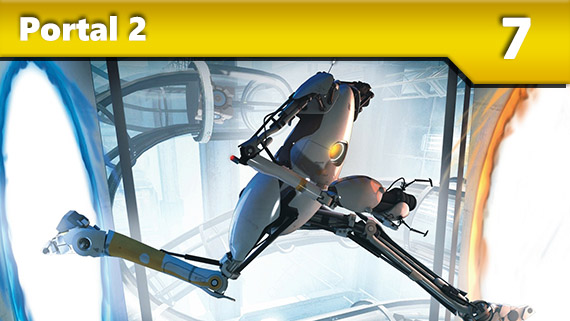 Portal 2 cements you to the edge of your seat, a smile etched upon your lips, baiting you to play just one more test chamber. Step into one more elevator. Play just a few more minutes, it urges. You’re not one of the masses who need only satisfy their itchy trigger finger by blowing away invisible faces (as fun as that is). You’re one of us, the cool kids. And you allow yourself to feel this way as long as Valve will let you live that illusion, because as long as you’re traveling with the awkwardly wise-cracking Wheatley and solving GLaDOS’s dangerous Aperture Science tests, you truly feel like you’re part of some kind of new school of gaming. A school that isn’t afraid to poke fun at things without being so vulgar or vile it embarrasses you to name the company as one of your favorites. And in an age where we live with horrendous ads and controversy-stirring campaigns, that’s something to be tremendously proud of. 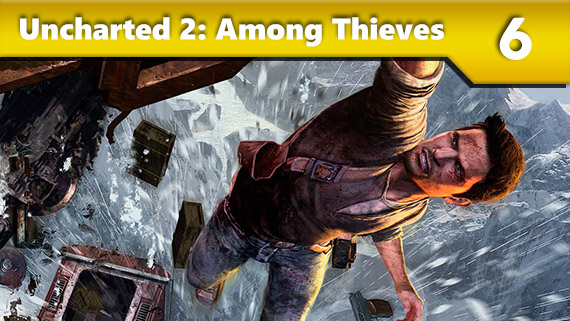 Uncharted was a groundbreaking game on the PS3 and the first game of the generation to focus on delivering a heavily-cinematic experience. It also had tons of rough edges and things that didn’t quite work as well as they should in theory. Enter its sequel, Uncharted 2. The already-impressive graphics were made even better, with an incredible amount of detail evident in every area. The animations got more lifelike, the controls got more responsive, and the character interaction was stronger. Nathan and Sully’s chemistry blossomed here, and the scriptwriting was better than any other entry in the series. When you combine a must-play story and a finely-crafted multiplayer component, you get one of the PS3’s finest games. 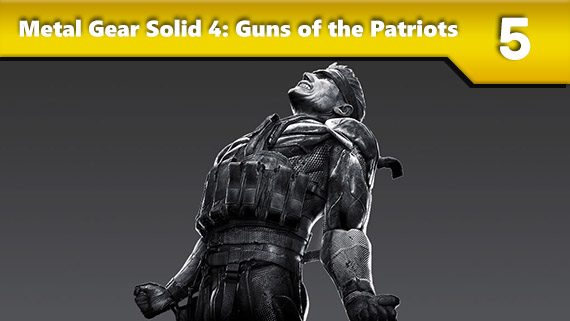 Solid Snake has had a rough life. Forced to endure accelerated aging, players got to live out his final mission as Old Snake, and it was one hell of a mission.  Metal Gear Solid 4: Guns of the Patriots brought the story of Solid Snake to a close in a heart-touching and beautiful game that to this day continues to prove how powerful storytelling in video games can be. Released exclusively for the PS3, Hideo Kojima and his team spent months perfecting the game into a technical masterpiece.  For a while the game stood as the best looking game ever released. Metal Gear Solid 4: Guns of the Patriots was the ultimate celebration of the old and the new whether it be the return of characters from previous games alongside new ones, the various references to previous events and PlayStation consoles or the new and classic gameplay mixed together throughout the game.  Solid Snake has earned his rest. 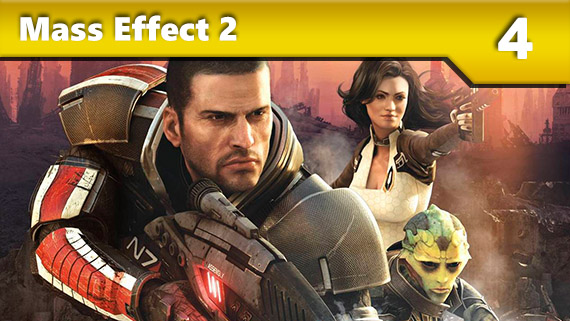 Mass Effect did wonders for the Western RPG structure, offering various levels of branching dialogue and a science fiction story many consider to rival Star Wars and Star Trek. The only problem was that it lacked in the gameplay department. That’s where the sequel comes in as Bioware was able to improve on aspects that were already great to begin with and everything that was in need of an overhaul. What we have is a near perfect third person shooter mixed with one of the best stories in the current generation. It’s an emotional and action packed campaign where the dynamic storyline changes based on what actions are taken and what Commander Shepard says to others. Who lives and who dies is in your hands, along with how people in the world perceive you. Mass Effect 2 ends up being one of the best games of this generation and hopefully will influence more sci-fi RPGs. 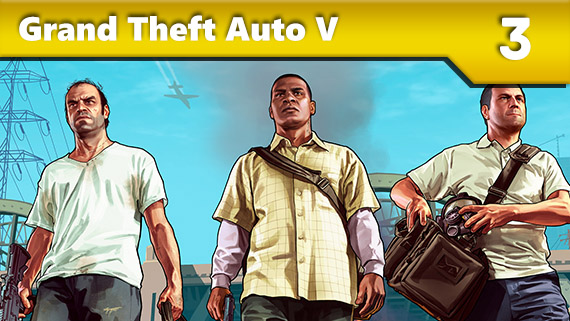 GTA V was one of this generation’s most-anticipated games and wound up being worth the wait. While the GTA experience as a whole has had some rocky issues with online play and the iFruit app, the core GTA V game is better than anyone could’ve expected going in. The shooting mechanics are much-improved, while driving returns to its fun, but easy-to-use style before GTA IV. Having the story shift between three very different and compelling characters was a welcome change of pace and something that we’ll no doubt see used as a new standard feature in next-gen sandbox titles. The game plays as good as it looks, and sounds even better. The soundtrack is diverse, while the voice acting is some of gaming’s finest. No one who plays GTA V will ever forget Trevor’s unique world view and penchant for screwing just about anything that moves. 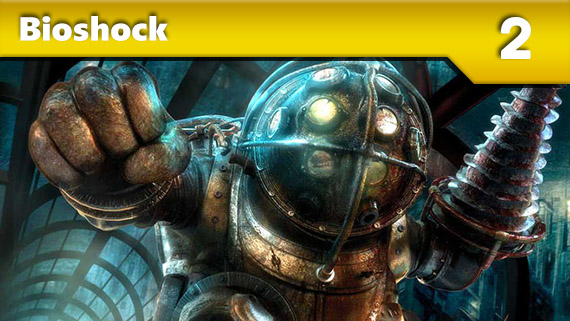 Sometime after you’ve electrocuted your first pool of splicers, switched to your machine gun to finish off one you missed and then ran for dear life once you realized that you accidentally alerted a Big Daddy, you’ll manage to catch your breath and notice you’ve just somehow lost another couple hours of time without even realizing it. That’s just what Bioshock does. It isn’t just the gameplay, however; Bioshock tells a story like few other games have, immersing you in a fallen utopia full of Little Sisters and Big Daddies. The characters are fantastic, but perhaps none are as interesting as Rapture itself. I still remember the first time I entered the Medical Pavilion and found the words “Above All Do No Harm” scrawled in blood across the wall. Or listening to the haunting audio diary of a cop that was ordered to kill an innocent woman and didn’t know what to do with the blanket she was sewing for her child. Most games are lucky to give us one moment that sticks with us after the credits roll, but Bioshock gave us dozens.

The game does peak a bit early and its final chapter lacks the emotional impact of everything that preceded it, but it is only these minor issues that prevented Bioshock from nabbing our highest honor. Believe us, though — this is a game that needs to be experienced by anyone with even the slightest interest in video games. Combining excellent gameplay, amazing atmosphere, and an outstanding story, Bioshock hooks you from the beginning and never lets go. Welcome to Rapture. You won’t look at games the same way after you’ve visited.