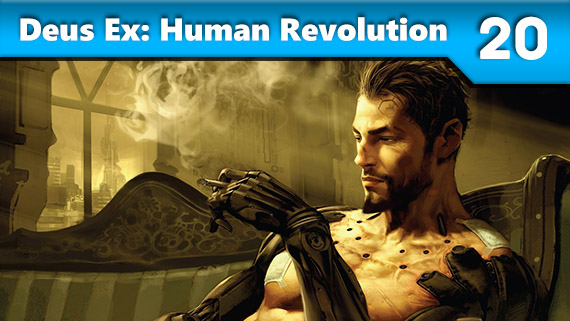 Many were concerned when Square Enix announced a new game in the beloved Deus Ex series, mainly because Invisible War wasn’t so hot, and the way marketing began didn’t necessarily connect with fans. That quickly dissolved as the game moved towards its 2011 release, and surprisingly, a leaked build of Human Revolution, containing roughly half the campaign, actually helped boost internet chatter and anticipation. Despite its somewhat lifeless main character, it sticks true to its roots and delivers arguably the best stealth-RPG hybrid ever. How Adam Jensen is speced actually affects the different approaches players can take during a scenario. Forgot about the brown and grey color palate; the future is all about gold and black. 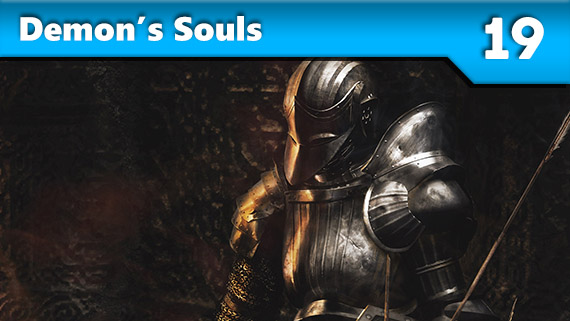 Demon’s Souls kind of came out of nowhere. From Software has always had a mixed track record, but their dark fantasy title became a large hit with old school community as it contains an overly challenging, yet rewarding combat system. Battle a giant knight and get pulverized over and over again or run into various instant kill traps; even if you’re not a masochist, you’ll be enjoying every moment, even your own character’s death. Sony missed a big opportunity by not backing the game in North America as it turned into a significant and successful release that was accomplished by heavily of word of mouth. 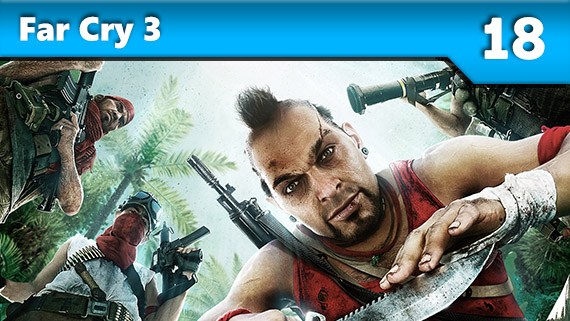 “Do you know the definition of insanity?”  Well Vaas, if you mean “insanely awesome,” then yes, we do know the definition of it: Far Cry 3.  Far Cry 3 is possibly one of the most gorgeous games released in 2012 and holds up strong to this day.  The classic tale of a man losing his humanity was brought to life by Ubisoft Montreal perfectly with fascinating characters, a dangerous jungle to explore and a vast array of weaponry to play around with. Ubisoft also quite possibly might have created the greatest video game villain ever in Vaas and one of the best missions ever, ‘Kick the Hornet’s Nest.’ 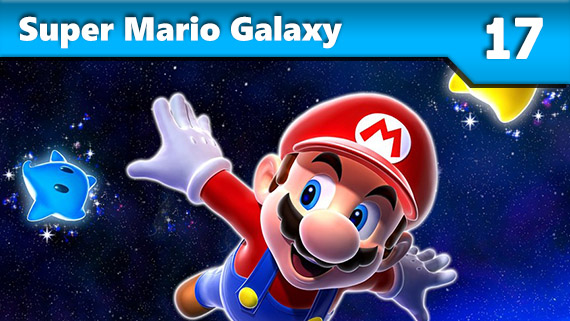 Time hasn’t been kind to many of the Wii’s games, but it has worked in the favor of Super Mario Galaxy. Despite six years passing since its release, it still looks quite good thanks to rock-solid character models and bright color schemes. SMG combined Mario 64’s platforming and action hybrid with some of the best 3D platforming level designs ever. Players skeptical about the Wii’s usage of motion controls were largely won over by how well it was used to aim and how well the nunchuk/remote setup worked to replicate a traditional controller setup. 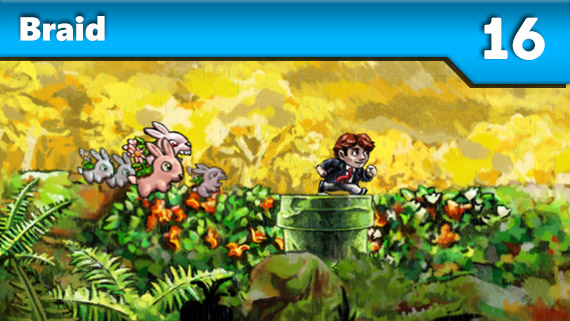 While there were some absolutely fantastic indie puzzle platformers during this last generation, the one that really spawned all of them was Braid. Braid utilized an amazingly clever time manipulation mechanic that had you rewinding your mistakes and solving some absolutely fantastic puzzles. This isn’t even mentioning the absolutely mind blowing ending that features a clever twist that no one saw coming. We’re still working on our speed run, as any excuse we can find to jump in and play the game one more time is a good one. 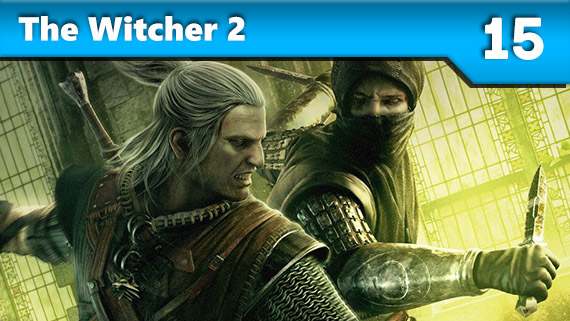 When looking for a mature and deep RPG where the players decisions truly matter, one does not have to look much farther than Witcher 2, one of the definitive RPG experiences of this generation. Set almost immediately after the first Witcher, Witcher 2 improves on just about every aspect of its predecessor. Playing a high quality and maturely themed narrative with is complemented with an immersive world full of high quality visuals and unique combat mechanics. With three distinct plotlines and multiple endings, Witcher 2 offers the perfect incentive to come back multiple times just to see what else it has to offer. 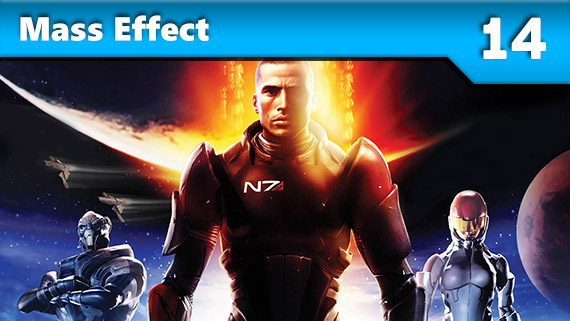 We fell deeply in love with the wide world of Mass Effect and its subsequent sequels, for better or for worse. Though the first game wasn’t perfect, it solidified the love we’d later feel for plucky Commander Shepard and his ragtag crew, assembled from all over the galaxy. The space epic established what would later become the standard other role-playing games, especially BioWare, would have to live up to, and it finally got space combat and branching characters and relationships right. Elevators, Makos, and Ashley Williams be damned — Mass Effect is deserving of all the hype it gets, and we’ll still be looking back on it fondly years from now. 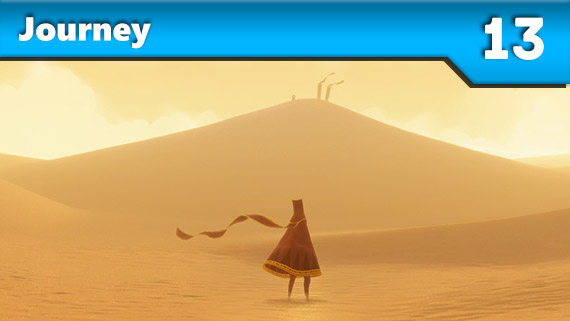 Journey is one of the most visually-stunning games ever created and one of the few you’ll be moved to beat in just one sitting. Beginning in a desert, this game stars a nameless character on an uncertain journey. You’re given vague hints about the plot, but wind up growing attached to your scarf-clad character and the people you’ll likely encounter online. There’s no dialogue between you and them – just gesturing for help or guidance for puzzles. Journey’s simple gameplay, impressive graphics, and booming soundtrack combine to form an epic experience that should be had by all. 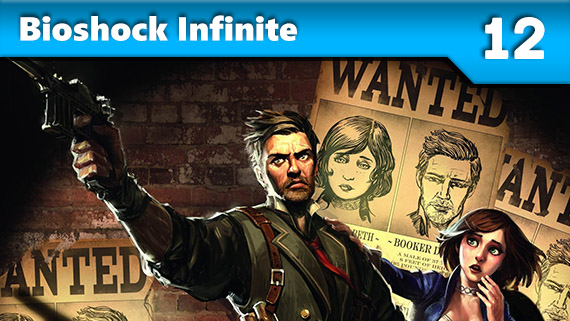 It’s hard to live up to expectations when your last game was heralded as one of the best games ever created.  It’s true, Irrational Games had a lot to live up to thanks to the excellence of the original BioShock, and they mostly succeeded.  The story of Booker and Elizabeth’s escape from the floating city of Colombia is a compelling and smart adventure.  This is one of the few games that really make you stop and think about what’s actually going on — something especially true of the ending. Infinite is a truly legendary game that is only held back by the fact that its predecessor was so good. 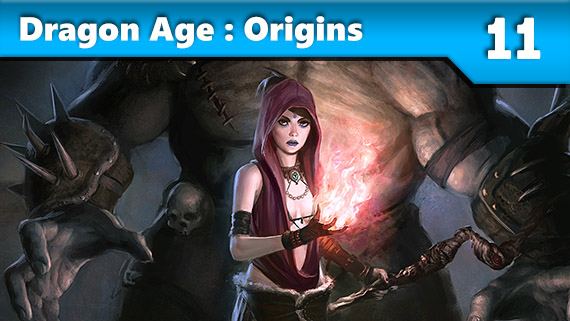 A new grim fantasy game from the masterful designers at Bioware, what more could you ask for? The Tolkien-esque Dragon Age Origins brought a massive, and beautifully rendered fantasy world to consoles, and players ate it up. With a huge range of classes, several different openings, endings, and a hefty amount of player-decisions, Dragon Age Origins was the defining console RPG of its time. It also successfully made its somewhat complicated combat system (which was clearly designed with a mouse and keyboard setup in mind) work marvelously on a standard game-pad. The game’s influence on the genre is undeniable, as it can still be seen in many recent RPGs.