I know what you’re thinking, “Why did it take so long to write a review?” But I have a legitimate excuse: I was too busy playing Pokémon. Now, you’re like, “Okay, that makes sense”. I’m off the hook now. Pokémon X and Y are so huge I needed nearly a month to experience everything. As a fan of the series since Pokémon Red and Blue I couldn’t just blow through it all without catching them all and paying close attention to detail and we wanted to experience every facet of Pokémon and let our lives be saturated with it before giving a proper review. 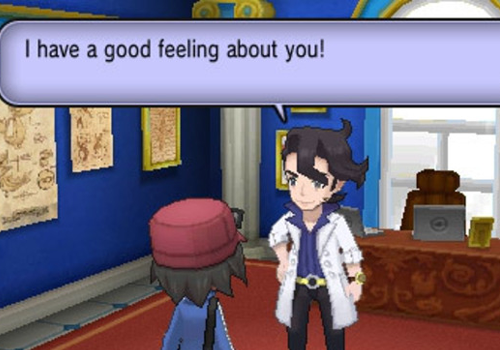 Let me begin by saying this is the best Pokémon game I’ve played in all my years. The 3D modeling really gave the series much needed depth and after years of routinely traveling through a pixelated land, this update came at the right time. Pokémon has spent five generations using the same graphics and mechanics. There have been advancements, yes, but with the 3DS we can see all our favorite pocket monsters in surprising new angles. Since the main draw of the franchise are the creatures, it was necessary to enhance interaction between trainers and their Pokémon.

Each trainer is different. There are some who grind nonstop for the right stats and others just want to have the cutest party possible. Many have bonds with their Pokémon that are stronger than relationships with real people. That’s not a bad thing, they’ll just become a better Pokémon Master than you. The Pokémon-Amie feature allows you to interact with your Pokémon like never before. In Pokémon HeartGold and SoulSilver you were allowed to walk with any of your Pokémon and even talk to them, just like you could in Pokémon Yellow with your Pikachu, but Pokémon-Amie lets you pet, feed and play with them. Not only is it fun and cute (watch what happens to Durant if you poke it too much, so cute), but there are benefits to having a strong relationship. The more you play games, pet their faces and feed them Poké Puffs, the more advantage you gain during battles. As your Pokémon’s affection grows you can land critical hits, hang on with 1 hit point left, find items after battles and get cute little comments saying how much of a connection the two of you have. These events can occur during any battle as long as it’s not against another player, so AI opponents better watch out. You can pet your Pyroar during battle to let her know she’s doing such a good job, yes she is. 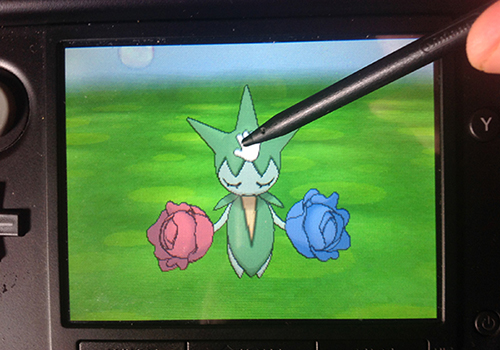 If you’re the type of trainer who works on powering up your Pokémon’s stats to form the toughest team, there’s also the Super Training mini game. Pick one of your Pokémon to shoot soccer balls at a gigantic balloon in order to level up your stats. And you can knock around a punching bag for your stats to increase. If you add this on top of EV training against wild Pokémon your stats will exceed the average and you could increase it even more with other modifiers. It’s not as interactive as Pokémon-Amie, but it’s just as helpful.

Pokémon X and Y knows how to keep the game going. Everything happens at a quick pace. Leveling up Fennekin to a Delphox occurs in no time. You can turn on the Experience Share which gives experience points to all the Pokémon in your party, even engaged in battle. The one who did most of the work received more points in past Pokémon games, but now each one of them gain the same amount. Many trainers made it up to the Elite Four in a matter of hours because it’s so simple to reach higher levels. Even saving your game data take a mere two seconds at most, literally. I have no idea how they did it, but they made one of the series’ most annoying aspects take up the least amount of time. It’s amazing, now there’s really no reason to have to wait in the car while your family is already inside the restaurant ordering their meal. Now, you can sit down while your Pokémon rest comfortably in the vehicle.

Generation VI bridged a pretty wide gap when it came to connecting players with each other. Remember when Game Freak wanted you to trade and collect via link cable? When Pokémon first started online modes of play, its wi-fi settings were confusing and clunky. Since the 3DS comes with built-in internet connectivity, all you do is connect and you’re able to battle, trade, send gifts and more with complete strangers. Anyone online can challenge you or initiate a trade. The Friend Safari is another reason to find more friends and register their Friend Code. I’ve spent more time in the Friend Safari than anything else. Once you register someone, you’ll be able to enter their safari which is just a small grassy area with the chance to catch three Pokémon. Each person has their own type (mine is Rock), so you’ll find three different Rock-type Pokémon if you enter my safari. The reason why this is a fun place to be is it’s the complete opposite of past safari zones. You can battle the ones you run into, it’s a nice place to level up some of your weaker Pokémon. You’ll find somewhat rare Pokémon, even starters and others you can’t catch elsewhere. My favorite feature of the Friend Safari is the chance of finding a Pokémon with its Hidden Ability. In the last generation it was only obtainable through the Dream World, but now it’s much easier. 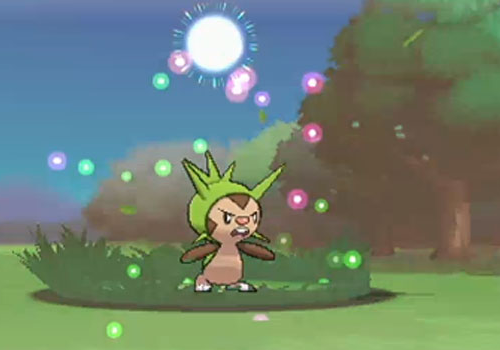 Graphically, the game is unparalleled to its predecessors for obvious reasons and is the first to stray from its pixelated past. Movements are smooth and Pokémon are detailed down to the tiniest effect. Sableye can’t stop twitching, Snorunt are always shivering, Kirlia move like ballerinas and Gulpin eat Poké Puffs in one bite. It’s enjoyable and always surprising to see these monsters’ characteristics visible in-game. Their cries have been reworked as well. At first I didn’t enjoy their voices being changed — it’s like changing history — but after listening to a few I realized how cuter and fitting many of them became. The old cries from the first games were just noises, now they actually sound like creatures. Attacks look better than ever. Pokémon actually move to attack like they should and some attacks take up entire cutscenes. The game looks and sounds great, it’s really a dynamic change. 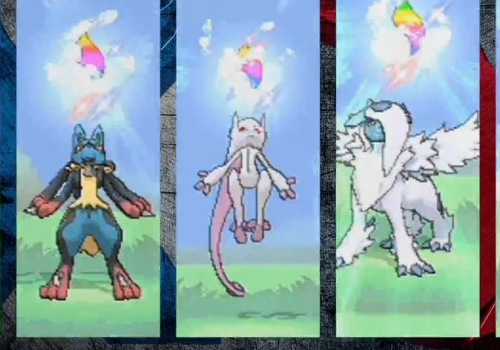 As good as the game is, there are a couple of crucial aspects holding it back. As many fans have been aware, there are not many Pokémon to choose from in this generation. Only 69 new creatures are available to choose from making this generation the smallest. New Pokémon are what the fans want and while the quality is there it doesn’t make up for it. Mega Evolutions are a nice feature giving some old favorites more incentive, but why only pick a few? What made them choose that handful of Pokémon? Another reason this game isn’t all there is its storyline. Pokémon Black and White had a much deeper story involving all the gym leaders, the professor, your friends — all kinds of people. In X and Y, you walk in to some towns and there’s nothing happening and they have no idea what’s happening elsewhere. The story it does tell is a bit cliché– someone wanting to destroy the world and you must stop them. It would play out like numerous cartoons and movies if no Pokémon were involved.

Perhaps there was insufficient memory to incorporate as much as previous titles, who knows, but I feel strongly that Pokémon X and Y will be the franchise’s premiere game for a while. The 3DS allows the capability of downloadable content and has been virtually hack-proof. If Nintendo chooses to capitalize on DLC it will make discovering new Pokémon easier, allow for the storyline to expand and give us trainers more value even after catching them all. 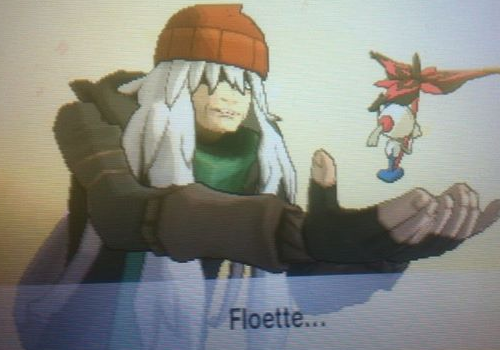 Pokémon X and Y makes the classic series feel brand new. I can remember the feeling I had when playing Pokémon Red for the first time and when I began this new journey and it instantly felt like I was ten years old again. For the first time in years, doing things like running into and catching Pidgey felt brand new. This is the kind of game you need to play to understand the full meaning of Pokémon. Developing friendships with strange creatures no matter how they act or appear is what makes someone a Pokémon Master. You can’t understand the game if you don’t love the friends you make along the way.