This past Thursday we got our first glimpses of the next Mass Effect game. We didn’t really get to see a whole lot, and what we could see wasn’t extremely clear, but just seeing evidence that Bioware is indeed working on a new Mass Effect game was enough to get me hyped. The next game in the series is being developed at Bioware Montreal while the core Edmonton team responsible for the Mass Effect trilogy has moved on to an entirely new as yet unannounced franchise. My gut reaction when a game series I love is handed off to another studio is to be highly skeptical, but Bioware Montreal was the studio responsible for the surprisingly great Mass Effect 3 multiplayer mode, so they have proven themselves to some extent already. 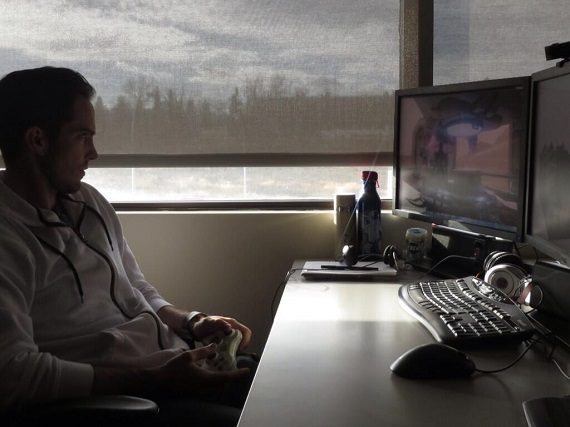 A few weeks ago it was confirmed in an interview with ME2 and ME3 lead writer Mac Walters that the next Mass Effect game will not feature Shepard in any way. His exact quote was, “the idea is that we have agreed to tell a story that doesn’t relate necessarily to any of the Shepard events at all, whatsoever.” This this news will be a disappointment for many, but I think it the best possible decision for the future of the series.

Spoilers for the Mass Effect Trilogy Beyond This Point!

The most obvious reason moving away from the Shepard storyline is a good decision is due to the way things were left at the end of Mass Effect 3. Depending on which ending you chose, Shepard either has had his/her consciousness uploaded into the conduit to become the Reaper master controller, had his/her body used as a template for an organic synthetic hybrid conversion process and subsequently destroyed, or was presumably killed while destroying the Reapers with a brief after credits scene teasing his/her possible survival. What this basically means is that only one of the three endings even leaves the possibility of continuing Shepard’s story. In order to continue with Shepard, the writers would have to declare one ending canon, which I feel betrays the core idea of allowing players to shape their own story. Bioware already took a ton of heat from fans for the lack of impact major decisions had on the end of the trilogy, further nullifying player choice by declaring one ending canon would only drive more fans away.

While this logistical issue is a pretty compelling reason to move away from Shepard, the main reason I want to see a Shepard-free Mass Effect from here forward is because I want to see new things in this universe. I am of the mind that the Mass Effect universe is among the most interesting and well developed fictional universes in any medium, and I want to see them explore it in entirely new ways. As a matter of fact, in my opinion the ultimate evil/chosen one element of the series’ overarching plot is one of the weaker aspects about Mass Effect. I wasn’t a huge fan of the way Shepard was sort of deified as Mass Effect 3 progressed. What started as a normal soldier being in the right place at the right time turned into a cliché messianic chosen one story. 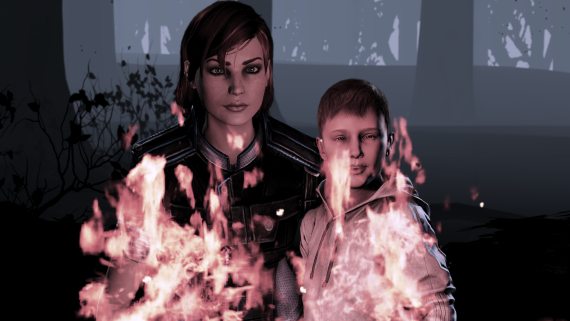 The trope of a great evil threatening the world/galaxy/universe has been done to death in role playing games since their inception, and I feel like there are a lot of possibilities to tell more unique stories in the genre, and in the Mass Effect universe in particular. The real strength of the series is its fantastically realized setting with the various races and locations in addition to truly outstanding characters. The idea of exploring the Milky Way with a whole new character and companions is something I would really love to do. There are just so many possibilities of new perspectives and new characters, it would be a shame to continue on with the same character, especially now that the Shepard story has been concluded.

Some ideas I’ve seen people throw around for the next game in the series are things like The First Contact War, The Krogan Rebellions, and the Rachni Wars, and while these could be interesting, I’d like to see a game doesn’t revolve around a galaxy spanning war. I’d love to play a Mass Effect game where you just follow the crew of ship around on their own small scale adventures, something like the show Firefly. The exploration of characters and cross species politics have always been more interesting than the war aspects of the series, and it would be great to see that be the focus of the next game. 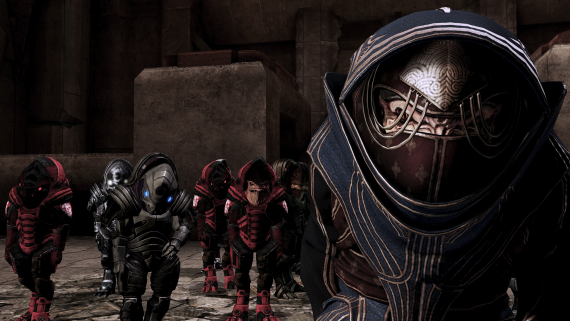 These are just some of thoughts about where I think the Mass Effect series should go next, and why leaving Shepard behind is the best thing moving forward. Whatever direction Bioware Montreal chooses to go with the next game in the series, you can bet I’ll be getting the game day one, I just love this series to death.