There have been some rumblings over at Microsoft, rumblings that are starting to put the future of the Xbox franchise on somewhat shaky ground. The rumblings started off a few months ago when  1% Microsoft investor ValueAct (that may sound small, but amounts to around $2 billion) started making waves and calling on Microsoft to abandon the Xbox citing the fact that as a whole the Xbox has not been a profitable venture for Microsoft. Many passed these off as mere rumors, and frankly rightfully so, but another rumble has been unleashed from the general vicinity of Microsoft that is starting to lend some credence to a possible major shift in focus.

With Steve Ballmer looking to vacate his position at the helm of Microsoft, one of the possible candidates Stephen Elop is making no bones about his ideas for carrying Microsoft forward and that may or may not involve a future with continued support of the Xbox. Just how much could Microsoft stand to benefit from shedding themselves of the Xbox? Well according to Rick Sherland doing so along with shedding Bing in conjunction with other moves could increase earnings 40%.  That news along was enough for investors to drive Microsofts share prices to a level that they haven’t been to since the mid 2000’s. This news combined with the news of major shareholders getting antsy and looking to remove Microsofts foray into the video game console market from the company could possibly be a signal that Microsoft may be heading in a different direction once Stever Ballmer makes his exit. 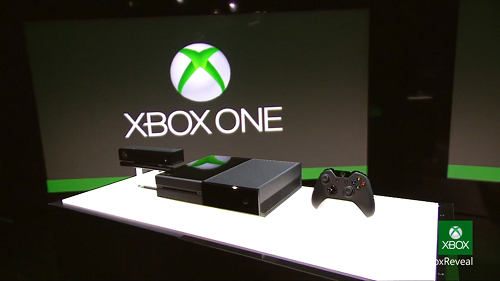 Of course this is all still in the realm of rumor and speculation. Microsoft is of course playing coy as they do not want news of possible major internal shake ups to harm their already shaky launch of their soon to be upon us Xbox One.  With the draconian DRM and subsequent reversal still hanging over them, and then the banning of a legitimate Xbox One customer who got their Xbox One inadvertently shipped to them by Target, followed by Major Nelson facilitating the ironing out of the situation, the last thing they need to be doing is confirming news that they are seriously considering a major change in strategic direction.  But these are very interesting, and public, signals to be seeing from Microsoft’s corner of the gaming sphere. Even if Microsoft did end up bowing out of the console market, which is very unlikely to happen at least until of the end of this cycle of consoles, the biggest question would be who would come behind them to fill the void?