Having spent hours with both the DualShock 4 and Xbox One gamepad, it’s clear both are two of the best controllers ever made. Even though we’re still days out until the consoles debut, one controller has already proven itself my favorite in the next generation. This crowning isn’t coming from having the pads in my hands for mere minutes at kiosk stations, but rather now having spent over twenty hours with each controller at events including E3, PAX Prime, the Xbox One tour as well as numerous press-only events. I’ve judged them not based on console preference, but instead real world testing with multiple games in multiple genres with various play times and now owning a DualShock4. Both controllers have their pluses and minuses, but after four months of experience, I’ve grown familiar and accustomed enough with both to comfortably declare Xbox One’s pad my preference next-gen. 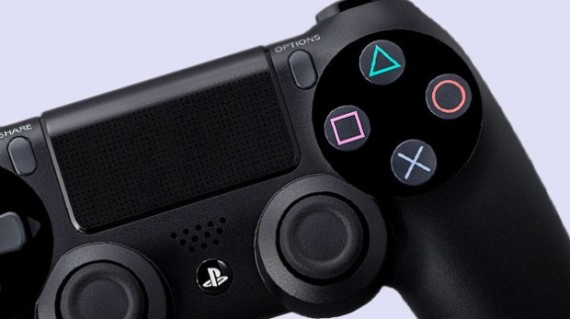 Like many journalists, the first time I got my hands on either controller was at E3 2013. With the massive crowds clamoring to get a taste of next-gen, trying on one of the new controllers was a notion that I thought would prove difficult to achieve often throughout the week. Surprisingly, however, there were hundreds of PS4 and Xbox One consoles strewn throughout the showfloor and behind closed doors, giving me enough experience with both controllers to begin to form initial impressions. I had the opportunity to try the controllers on games like Project Spark, LocoCycle, Need for Speed Most Wanted and Driveclub, just to name a few. While you’re at E3, however, it’s hard to focus in on any one aspect of whatever activity you’re currently doing. Not only are you trying to judge the game, console and controller simultaneously, but also trying to limit your playtime to as little as possible so you can move onto the next game. That plus the incredibly high noise level, developer talking over your shoulder or swarm of people in line behind you make it very hard to concentrate on the finesse of the controller in-hand. Even though I was rarely ever focusing on the controllers, I had an early favorite coming out of E3: the DualShock 4. Over the next few months, however, that began to change.

I had the privilege of attending multiple events since E3 and have gotten to try both controllers with racing games, action titles and first-person shooters. The PS4 remained a great controller, but my favor slowly started to tip in favor of the Xbox One. Before continuing, let’s make this clear: the DualShock 4 is excellent controller. It’s indubitably better than the DualShock 3 and anyone who says otherwise is either lying or an Xbox One fanboy. The ergonomics are better, the build quality is higher, the buttons feel better and the trigger buttons are not even comparable to their forerunner. The analog sticks also are highly improved, easier to grip and simply feel better moving around. That being said, however, it’s still not perfect. This is mainly thanks to the analog sticks as their orientation is still not the most comfortable and the oversized tops combined with the raise in the middle make them harder to grip than they could be.

The Xbox One controller beats it in these areas. Although the sticks are smaller, something I’ve heard a few big thumbed gamers lament, the edges are threaded which make gripping them even with large thumbs quite easy. It also means that they’re easy to push around in multiple directons without slipping, making them ideal for first-person shooters. Their layout, originally introduced with the first Xbox, still remains superior to the DualShocks, fitting in your hand like a glove. The triggers are not only improved from the 360 pad, but also remain superior to the Dual Shock’s. They are firm, well-shaped and feature excellent response. The form factor of the Xbox One controller is also excellent. Even though it looks larger than the 360 pad, putting them side to side reveals that they have practically the same footprint, simply with an altered layout and slightly different curves. The Xbox One guide button glows elegantly and feels both more expensive and nicer to the touch than PS4’s home button. It’s still not a perfect controller, however, and issues like the shoulder buttons not being pressable in every grip or area leaves some to be desired. Still, it’s an improvement over the Xbox 360 controller and does its thing well.

This is not a review of console performance, aesthetics or the games therein, but simply which controller feels better in my hands. That award goes to the Xbox One. Although coming out of E3 I thought I preferred not only the DualShock 4 to the Xbox One gamepad, but also the Xbox 360 pad, it became clear with extended playtimes that the Xbox One controller was the superior controller of the generation. It takes some time to adjust to, but once you are, it feels incredible. The ergonomics are great, the sticks and buttons are responsive and features like the Impulse Triggers make racing and shooters feel more realistic. The DualShock 4 is a great pad, a marked improvement over the DualShock 3 and arguably even the Xbox 360 controller, but when stacked up to the Xbox One’s pad, it falls short in this journalist’s eyes. No matter which console gamers choose, they can rest assured they’ll be getting a fantastic controller, but even if the lead is tighter this time around, it seems like Xbox is destined to remain with the premier pad in console gaming.